All out at Preston Remploy

There used to be over 50 workers at the Remploy factory in Preston, now reduced to only 18, each of them was out on the picket line for the second day of their national strike, 100% turn outs were also reported at Heywood and Wigan. Support came from BAE and Rolls-Royce workers as well as teachers, passing council refuse workers and ex-Remploy workers who had taken advantage of previous redundancy packages.

The government has been Orwellian in claiming they are helping disabled people into work whilst sacking them from their jobs. In Preston the workers were shown 6 job opportunities to apply for, each of these positions turned out to already have been filled. One ex-Remploy worker had found work on the railways and promised 20 hours a week of work, only to be told upon arriving for his induction that he was only going to be offered a zero hours contract.

The site at Preston carries out socially useful work, recycling computer equipment that ends up being re-used by the Department for Works and Pensions amongst others. Bidders from the private sector have actually offered to take over the factory but their cases have not even been entertained.

As they have proved themselves ‘fit for work’, the Remploy workers could face a bleak future without Employment Support Allowance and be forced into Workfare schemes. “We have been thrown on the scrap heap”, one worker said. 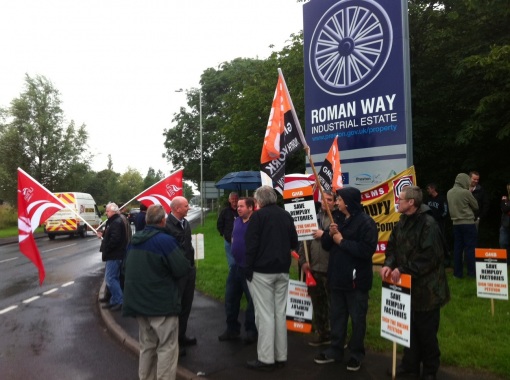 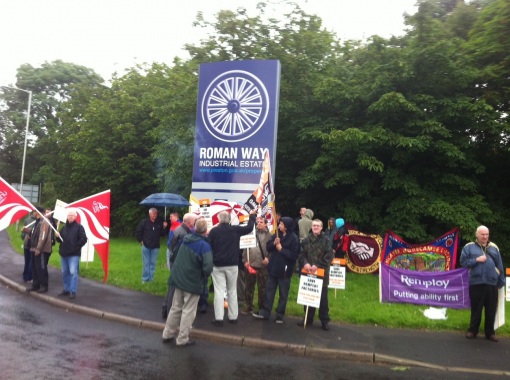 Republished from The Commune 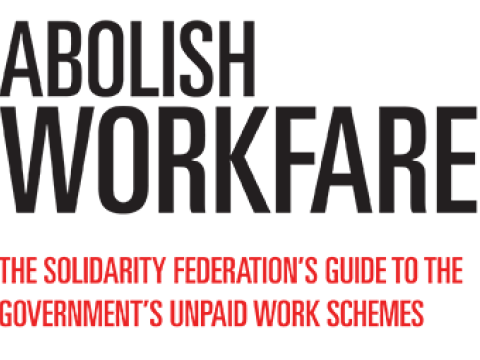