An introduction to anarchism.

A zine by Adrienne Onday.

Contrary to popular belief, anarchy ≠ chaos. The reason that people think it means chaos is because of its rejection of government from above (namely, by politicians and officials) in favor of a government by the people.

The reason anarchism is against government from above is because it is a political thought and movement that focuses on the elimination of domination (control over another) and hierarchy (a dynamic of domination and subordination), which they believe to be the root causes of all injustice, inequality and oppression.

In one sentence, anarchism is best explained as “striving toward a ‘free society of free individuals’” (Milstein, 2010). This means that anarchism abandons the false binary of the collective vs. the individual in favor of seeing the two as necessary aspects to be balanced in society.

What do anarchists believe in and do?

Anarchists believe that means and ends should be aligned. This means that we have to already be working on and living the values, relationships, and practices we want to see in the future now. We as radicals can't want an equal society and not have equal relationships and practices at present.

Anarchists believe in direct action—many efforts to change things do not need to wait for the government or some other “higher” entity to move; the people themselves do it, and they do it through their communities and affinity groups. Anarchists believe that we all have the capacity to organize ourselves because we already organize ourselves on a daily basis, from lines and carpools to fandoms and hobby groups.

Anarchists do not believe in coercion and obedience: everything has to be consensual. This can be an arduous process, one definitely not free from conflict, but intentionality and mindfulness in doing together allows us to practice being free together. This means that as we choose to be together, we also hold ourselves accountable to the promises we make to each other.

Mutual aid is just a fancy word for cooperation. In Milstein's words: “It implies a lavish, boundless sense of generosity, in which people support each other and each other’s projects. It expresses an openhanded spirit of abundance, in which kindness is never in short supply. ... Mutual aid communalizes compassion, thereby translating into greater ‘social security’ for everyone—without need for top-down institutions” (p.56-67).

For anarchists, unity does not mean uniformity or lack of conflict. It means being in solidarity with one another even with our differences; there is also an understanding that our differences actually make us stronger together, make us human and alive. The struggle to become united even in our differences is the struggle to fight for our right to all exist. We may be different, but we will fight for each other's lives.

Anarchism is ecological: nature does not tell us what is more important in an ecosystem; the more diverse and complex an ecosystem is, the more it thrives. Anarchists learn a lot from nature. This means humans aren't the only ones we should fight for—all life, including the land, should be placed in the center. We all deserve to be free from harm.

What is a major difference between anarchism and Marxism?

Both anarchism and Marxism grew to better incorporate critiques against the heteropatriarchy (gender oppression), imperialism (colonialism), racism (oppression based on skin color and ethnicity), and other structures. The broad system that arises from the interactions and intertwining of these structures is called Empire by many radicals.

However, the way anarchists and Marxists look at the state is different. For many Marxists, state takeover is not just ideal but even necessary in being able to change society. For anarchists, the state will always be a tool of domination and hierarchy because it takes away the ability of the people to directly decide and act. Rather than a tool, anarchists see the state as a relation hinged on domination and hierarchy, and thus inherently oppressive.

Who are some historical figures who shaped anarchism?

Pierre-Joseph Proudhon — Founder of modern anarchism. Had good ideas but was anti-Semitic and sexist. Probably deserved to be punched in the face by a Jewish woman.

Mikhail Bakunin — Founder of collectivist anarchism. Fought with Marx and his followers a lot. Like, a lot. Was kicked out because Marx didn't like that he had a different faction inside the International.

Emma Goldman — Pivotal in the development of anarchist thought in Europe and the US, anarchafeminist. Borrowing John Mulaney's words, "a dynamite, five-foot Jewish bitch." Lectured on topics ranging from prisons, atheism, free love, to sexuality. Got jailed for giving public lectures on how to use contraceptives, amongst many other things she got jailed for.

What has anarchism ever done?

Labor Day and the 8-hour work day — Hand-in-hand with Marxist workers, unions and organizations, anarchists are a large part of why we celebrate Labor Day.

Spanish Revolution — Years-long practice of anarchist principles and organizational tactics towards the eradication of State and Church power and more communal, worker-controlled industries and affairs.

Seattle Protests and the Anti-Globalization Movement — Loose coalition of different groups and organizations, with different but related goals and stances like anti-WTO policies, pro-labor, anticapitalism, and environment.

Arab Spring — North African-Middle Eastern series of anti-government protests and rebellions responding to authoritarianism, corruption, and state brutality in different countries in the early 2010s. Some areas, such as Tahrir Square, developed well-functioning communes during this time.

Isn't anarchism too idealistic and unrealistic?

It can sound idealistic, but anarchism is not only achievable, it is already being done. Because anarchists believes in prefigurative politics, they always already work towards making the future they want to see a reality.

Some examples to search: the Zapatistas and Cherán of Mexico, Rojava of Syria, the documentary The Take (2004)

Just as there are different kinds of Marxists, there are also different kinds of anarchists. There are those who use more extreme methods in any ideology and movement, but the very core of anarchism is organizing with communities and affinity groups for things ranging from feeding and caring for each other's kids to nationwide protests, such as the BLM and anti-cop movements in the US.

Anarchists can prefer one strategy over the other, but at the end of the day, there are different ways to achieve different but related goals. Again, diversity of tactics is a core principle of anarchism.

Won't things fall to chaos and disorder without authority?

Anarchism believes that the people know best what they need because they live those struggles and realities themselves. Those in power often only care about maintaining power through institutions and not about how these affect people and spaces differently. Without rulers, the people can practice their power to respond to the situations they find themselves and their communities in without others pretending they know better.

References and resources you can start with

Anarchism and Its Aspirations by Cindy Milstein — This is the book I used as a guide in creating this presentation! It's very easy to understand. It's like a pocketbook in size and length.

To Change Everything by CrimethInc. — A small booklet that serves as a guide on what first step to take. CrimethInc. is a rebel alliance that covers, publishes, translates, and circulates news, features, analyses, and other written works particularly focused on informing the people of the situation of different countries and regions under Empire. They have everything from situation briefers to historical pieces and reviews to on-the-ground reports.

It can sound idealistic, but anarchism is not only achievable, it is already being done. Because anarchists believes in prefigurative politics, they always already work towards making the future they want to see a reality. 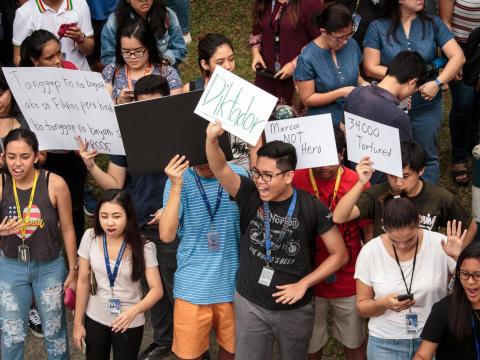 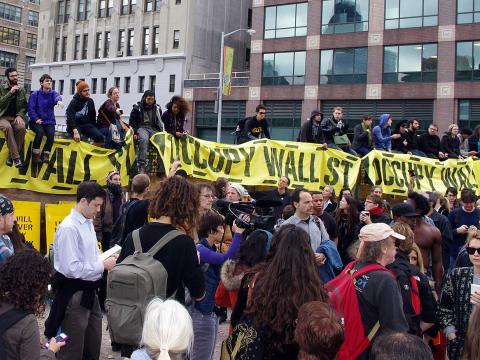 An article in Filipino written during the height of the Occupy movement arguing for social revolution. 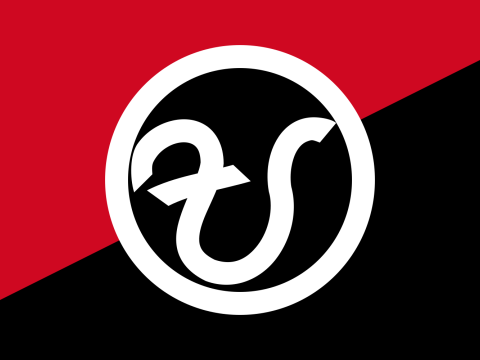 Autonomy through Abolition of State Terror and its Matrices of Oppression 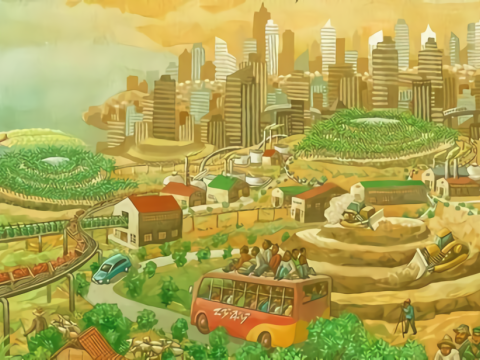 The Promise of an Anarchist Sociological Imagination