Anarchism in the 21st century

“Anarchism in the 21st Century” is a structured contemporary theory meant to address some of the most frequent questions that arise among people interested in anarchism.

“Anarchism in the 21st Century” is a structured contemporary theory meant to address some of the most frequent questions that arise among people interested in anarchism.

This brochure, the collective work of the Editorial Board, is a sample of Konstantinov’s lifelong inquiries into the future of humanity and his political argument for anarchism as the only possibility for human survival after the Robotronic revolution.

Similar to previous technological revolutions in agriculture and industry, the current Robotronic revolution turns the world around to cast a deadly spell on the state and capitalism as we know them. In a world soon to be full of unemployed and “disposable” people, humanity faces the question: social revolution or death?

This brochure is neither perfect, nor immutable. It does not constitute a program. It is a dedication to the centennial of the Federation of Anarchist Communists in Bulgaria (FACB).

The aim of the editorial board of „Free Thought“ is two-fold:

First, to structure and systematize earlier theoretical knowledge, theses, ideas and suggestions in view of contemporary realities.
Second, to answer, in simple and comprehensible wording, the questions that most frequently arise among those who try to get familiar with anarchism but encounter a lack of contemporary theoretical materials.

The editorial board welcomes any objective criticism, additions and motivated reductions of the ideas laid out in this brochure.

A short biography of French anarchist and artist Madeleine Lamberet

A brief biography of the Bulgarian anarcho-syndicalist, Pano Vassilev, author of 'The soviets idea' (1933). 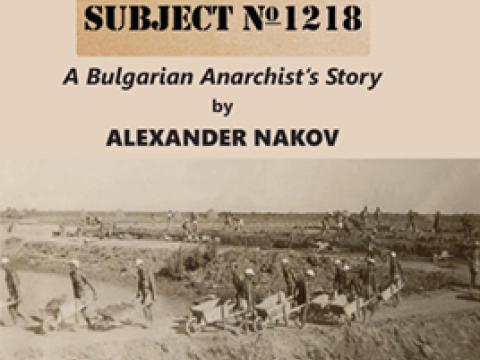