An excerpt from the transcript of the UK's Undercover Policing Inquiry in which anarchism is explained to its Chair, Sir John Mitting.

Taken from the transcript of the hearing on 11th May 2022.

I speak as a core participant in this Inquiry, and one who was targeted by police spies from the mid-1970s onwards, both personally and as a member of targeted political and campaigning groups. I have already contributed to the Inquiry a witness statement and two detailed opening statements for previous hearings.

On Monday, you, as the Chair of the Inquiry, indicated you had welcomed Tariq Ali when he gave evidence in 2020 in helpfully explaining Trotskyist ideas to you. In the light of police misconceptions about anarchists in various disclosed documents, including annual reports, I will try to explain the predominant motivations, aims and activities of anarchists and the anarchist movement as I see it.
Standing up for the public interest against the rich and powerful.

As already outlined in my previous statements, I have been involved since 1974 in a range of groups and campaigns trying to encourage the public to support one another and empower themselves where they live and work to challenge injustice, oppression and damage to the environment, and to make the world a better place for everyone.

The various groups I have been involved in over the decades have been open and collectively run, and engaged in the kind of public activities which the public are invited to join in or to replicate for themselves, and which are essential if humanity is to progress and survive in the future.

Such groups, as we all should, question and challenge those institutions which wield power over people's lives and control the world's resources and decision-making. These include governments, transnational corporations, military organisations and financial institutions. Such powerful institutions are generally tightly controlled by a small, self-serving elite, continually obsessed with power and profit, and are ruthless and unaccountable. In fact, as I outlined in more detail in my April 2021 statement, they are subversive of society and people's real needs. They are the real subversives that need to be investigated. Indeed, they are also the inevitable cause of most of what the Special Demonstration Squad would define as "public disorder" in response to injustice.

Unsurprisingly, such institutions have made a shocking mess of the world for centuries, causing mass hardship and poverty, disempowerment, discrimination and oppression, exploitation of workers and resources, horrific wars and large-scale environmental destruction. They have brought humanity to the brink of nuclear annihilation, and have been systematically exploiting and destroying the natural environment upon which human society depends for our survival.

As a result, our species now faces a catastrophic and possibly terminal future. Many of the groups I have been involved with believe that the evidence of history demonstrates that such aforementioned institutions can't be successfully reformed and turned into benevolent, useful public bodies. However, history also demonstrates that grassroots movements for change, if large enough and determined enough, can shift the balance of power and win concessions and victories for the public along the way.

The groups I have been involved in have tried their best to support efforts to build single issue and other campaigns and movements to improve things in the here and now. Some of those groups logically also call for the hierarchical and authoritarian institutions which are causing the shocking problems humanity unfortunately has to face to be replaced in the long term by a genuinely democratic way of running society, one in which people all over the world collectively manage their own neighbourhoods, workplaces and lives, and ensure that all the resources are shared fairly and all decision-making is for the public good. This is libertarian socialism, or anarchism.

On Monday, you requested suggestions for key relevant reading materials, hence I recommend the following books:

"On Anarchism", by Noam Chomsky; "Anarchism: A very Short Introduction", by Colin Ward; and "Demanding the impossible: A History of Anarchism", by Peter Marshall. If you enjoy science fiction, I also recommend "The Dispossessed", by Ursula Le Guin.

I am proud of the many groups and campaigns I have been involved in, and believe that such efforts should be supported, not undermined. Similar to points made by other Non-State Core Participants in this week's opening statements, as an active anarchist in the Tranche 1 period, I do not recognise the ignorant, derogatory and misleading SDS and Special Branch annual reports’ official characterisations about the ideals and activities of anarchists during that period. The evidence of undercover officer "Graham Coates", as the only undercover officer spying on anarchists we have relevant evidence from at this stage, as far as I'm aware, amply demonstrates the reality.

For two years or more, he personally targeted me and the groups I was involved with, especially the Anarchy Magazine collective, and concluded:

Anarchist groups, just like pretty much all of the left wing and campaign groups targeted, were full of well-meaning and idealistic people with a sense of justice, engaged in spreading progressive ideas for a better society. They were: helping run newspapers, bookshops and other cooperative projects; taking part in open or public meetings and social and cultural events; encouraging people to think and speak up for themselves and support each other and their needs where they live and work and; encouraging people to empower themselves to be in control of their lives, rather than just be loyal subjects, passive consumers, and forced to obey those with power over them, for example landlords, employers, politicians and police.

They were participating in a range of essential protests on the issues of the time, and constructively supporting movements against injustice and inequality and for positive change. Yet, the biased and self-serving official annual reports, extracts of which were quoted so eruditely by the Counsel to the Inquiry in his opening statement on Monday, deliberately fail to acknowledge and outline these basic facts. If they had have done, they would have had to have admitted that their infiltration operations were indeed totally unacceptable.

The various groups I have been involved in over the decades have been open and collectively run, and engaged in the kind of public activities which the public are invited to join in or to replicate for themselves, and which are essential if humanity is to progress and survive in the future.

Article about anti-police uprisings and the Black Lives Matter movement by Michael Kimble, a 49-year old Black, gay anarchist serving a life sentence for the murder of a homophobic, racist bigot. He has a blog and has been an active voice among prisoners at Holman correctional facility in Atmore, Alabama, where there have recently been several riots, as well as strikes in conjunction with the Free Alabama Movement…
Image 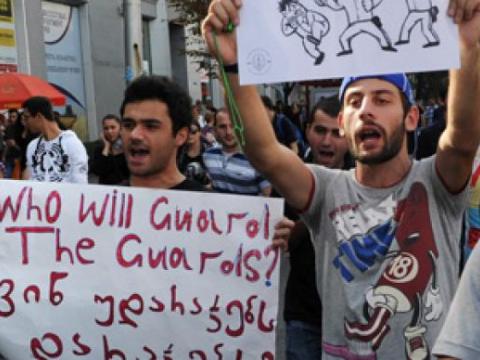 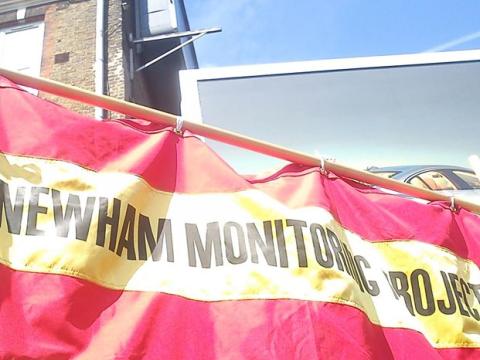 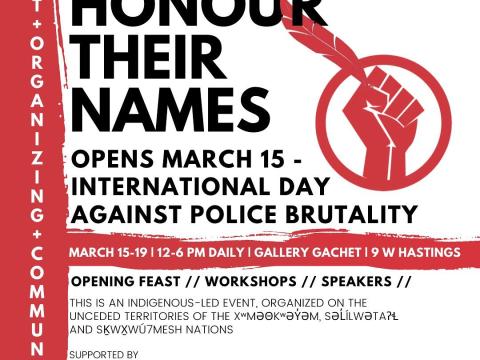 March 15 is the International Day Against Police Brutality, a day of action and solidarity against the violence of policing. In 2022, events are…