Anarchism in Latin America: A review by Benjamin Dangl

First published in Toward Freedom.

Ángel Cappelletti (1927-1995) was an Argentine philosopher who spent much of his career teaching at Simón Bolívar University in Venezuela. He also translated numerous works from Greek and Latin, and wrote over two dozen books, primarily on philosophy and anarchism. One of his later books is the classic survey Anarchism in Latin America, now available for the first time in English from AK Press.

The book provides a panoramic view of anarchism across fourteen countries in the region, from general strikes in Chilean ports to worker-theorists in Cuban tobacco factories. Cappelletti’s expansive overview offers a rich window into nearly one hundred years of anarchist organizing and agitating, starting in the 1860s when “anarchism took root in a number of activist groups” to the mid-twentieth century.

“This work does not pretend to be a comprehensive history of Latin American anarchism but simply a sketch of it,” Cappelletti writes. Indeed, one of the strengths of this book is its breadth. Not only does it have understandably hefty chapters on Argentina and Mexico, but it points to lesser known corners of the continent where Paraguayan anarchists struggled for the eight-hour work day, and a self-managed community flourished in Montevideo. Cappelletti’s far-ranging work is also an encyclopedia of primary sources; manifestos, pamphlets, petitions, and speeches lost to the dustbin of history are gathered and cited here extensively, helpfully amplifying the voices of these anarchist thinkers and writers, and providing a reference guide for researchers.

Above all, Anarchism in Latin America deals with anarchists’ visions, strategies, and struggles, from the smaller uprisings snuffed out by dictatorships to the momentous Mexican Revolution. As Cappelletti writes, “anarchism in Latin America has an ample history rich in struggles peaceful and violent; in demonstrations of individual and collective heroism; in organizational efforts; in oral, written, and practical propaganda; in literary works; and in theatrical, pedagogical, cooperative, and communitarian experiments.” And it’s all here, in an eloquent English translation by Gabriel Palmer-Fernández and with a helpful and rich new introduction by Romina Akemi and Javier Sethness-Castro.

Cappelletti takes us to the port city of Callao, Peru in January of 1913, when dockworkers were joined by “typesetters, bakers, steelworkers, millers, and gas fitters” in a general strike for an eight-hour work day, higher wages, and medical support for victims of accidents on the job. The government threatened to bring out the machine guns, but the workers’ solidarity spread far and fast, forcing the port and dock business owners to bow to the strikers’ demands. Anarchist groups, “almost the sole promoters of these struggles,” Cappelletti writes, marched through the streets “with an indescribable enthusiasm, carrying the red flag.” Direct action and general strikes spread, and by 1919 the movement had won the eight-hour work day nationwide.

Beyond such urban workers’ struggles, the book shines a light on smaller anarchist projects throughout the region. The Comunidad del Sur, founded in the 1950s in Montevideo, Uruguay, was “one of the most important communitarian experiments in the history of anarchism in Latin America,” Capelleti writes. “The community was self-managed and consisted of couples of living, working, eating, and educating the children together.” Yet the military dictatorship crushed it, sending its members into exile where they reorganized their community first in Peru and finally in Sweden.

Anarchist calls for peace in the midst of an early 20th century border conflict between Argentina and Chile ring true in our own times of perpetual war. One Chilean anarchist denounced this push for battle in a January 1, 1902 issue of La Agitación: “Rulers, those eternal exploiters of misery, are beginning to stir us to the killing of our brothers, the workers of the Republic of Argentina. … Listen: Beyond the Andes there are workers who suffer the same miseries and tyrannies that we do and who, like ourselves, have nothing to defend. They cannot be our enemies because they are our brothers in slavery. … Chilean workers: throw down those rifles our rulers wish us to use against our brothers.”

A dramatic history of international anarchist solidarity and cross-border organizing courses through these pages. In 1919 in Chile, anarcho-syndicalist dockworkers and sailors held the country’s First Congress of the International Workers of the World (IWW), modeled after the IWW in the US. They adopted the same tactics as their US counterparts, using strikes, sabotage, propaganda, and boycotts against “capital, government, and Church.”

Solidarity between the famous and influential Mexican anarchist Ricardo Flores Magón and figures such as Emma Goldman, Joe Hill, and Jack London is also touched upon in Cappelletti’s survey of the anarchist influences and struggles within in the Mexican Revolution. In 1911, Mexican rebels sought to take over Baja California. Magón wrote of the rebellion, addressing his Mexican readers: “Does Baja California belong to Mexico? It does not belong to it but to the United States, England, and France. […] We have no country because all of Mexico is owned by foreign millionaires who enslave our brothers. You have no country, and simply put you do not even have a place to die.”

Support for Magón and the Mexican Revolution was strong among US anarchists and socialists. The novelist Jack London wrote a manifesto to the “dear and valiant comrades of the Mexican Revolution” which was published throughout the US socialist press: “We Socialists, anarchists, hobos, chicken thieves, outlaws and undesirable citizens of the United States are with you heart and soul in your efforts to overthrow slavery and autocracy in Mexico.”

The songwriter Joe Hill wrote in support of Magón: “While the red flag fluttered in Baja California, hard as I tried I could not find any “important people” in the rebel ranks. I only found common and everyday working people, and in great number …. It’s about time that each rebel comes to realize that ‘important people’ and the working class have nothing in common. Let us then sing the song that says: ‘the workers’ flag is a deep red, and to hell with the ‘important people.’”

Throughout the book, Cappelletti’s treats anarchism as something that was only introduced to the region through European and American workers. “As with other ideas of European origin, anarchist ideology was a product imported to Latin America,” he writes. The European influence was indeed powerful, yet this view results in a history that unfortunately sidelines many mestizo and indigenous activists and thinkers – a shortcoming which the authors of the introduction also helpfully address. Capelletti himself writes of the European and American anarchist influence: “But ideas are not simply products. They are also living organisms and, as such, ought to adapt themselves to new environments; in so doing, they evolve in lesser or greater ways.”

Cappelletti does point to indigenous political organization and thought which share certain characteristics with anarchism. “It is seldom noted that the anarchist doctrine of self-managed collectivism has a close resemblance to the ancient ways of life and organizations of the indigenous peoples of Mexico and Peru,” he writes, “ways of life that were practiced prior to the imperialism of not only the Spanish, but also the Aztecs and Inca before them.” Yet this is as far as he takes the connection; there are very few references to indigenous political vision or community organization, such as the Andean ayllu, a form of community organizing that dates back well before the Incan empire and widely exists today.

Such issues aside, the publication of this book in English is a cause for celebration, not just for the rich history and under-appreciated sources, but for the voices and theories of anarchists long gone, who were writing on the docks and factory lines, reading their manifestos from the barricades, striking and dreaming from Tierra del Fuego to Tijuana. 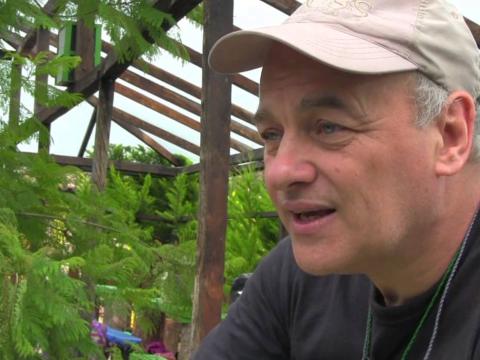 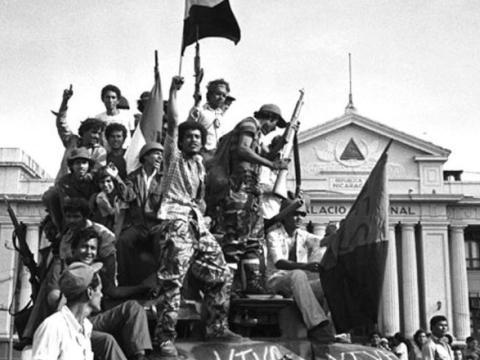 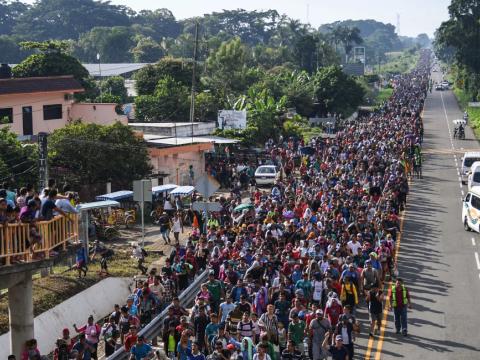 Caravan Migrants Trapped on the Frontiers of Capitalism 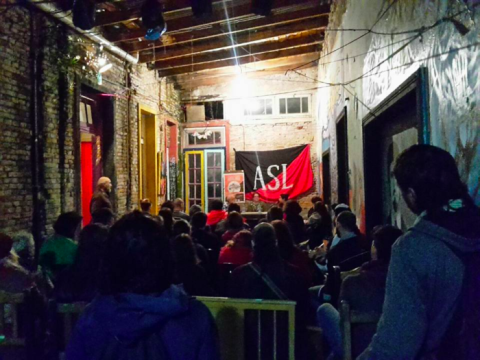