Anarchy: What It Is and Why Pop Culture Loves It - Teen Vogue

Anarchy: What It Is and Why Pop Culture Loves It
It’s a complicated philosophy that’s more than just a punk rock phrase.

Writer Kim Kelly is an anarchist based in New York City and an organizer with the Metropolitan Anarchist Coordinating Council (MACC).

In a pop-cultural sense, at least, the idea of anarchy has been characterized by either a middle-fingers-up, no-parents-no-rules punk attitude, or a panicky, more conservativeoutlook used by national and state sources to represent violent chaos and disorder. Today, we can see an extremely serious, radical leftist political philosophy on T-shirts at Hot Topic.

So what is anarchism? What do those people raising black flags and circling A’s really want? Here’s what you need to know:

Anarchism is a radical, revolutionary leftist political philosophy that advocates for the abolition of government, hierarchy, and all other unequal systems of power. It seeks to replace what its proponents view as inherently oppressive institutions — like a capitalist society or the prison industrial complex — with nonhierarchical, horizontal structures powered by voluntary associations between people. Anarchists organize around a key set of principles, including horizontalism, mutual aid, autonomy, solidarity, direct action, and direct democracy, a form of democracy in which the people make decisions themselves via consensus (as opposed to representative democracy, of which the United States government is an example).

“I would define anarchism as the nonhierarchical, nonelectoral, direct-action-oriented form of revolutionary socialism,” Mark Bray, a lecturer at Dartmouth College and author of Antifa: The Anti-Fascist Handbook, tells Teen Vogue.

As the New York City-based anarchist group Metropolitan Anarchist Coordinating Council (MACC), of which I’m a member, writes on its website it, “We demonstrate a vision for a society in fundamental opposition to the brutal logic of contemporary capitalism — a society based on mutual aid, cooperation, and radical democracy.”

Where did anarchism come from?

Anarchism has ancient roots, with the word itself stemming from the ancient Greek anarchos, or "without rulers," but it fully bloomed as a political philosophy in Europe and the United States during the 19th century. At the time, Communist thinker Karl Marx’s writings had become popular, and people were searching for alternatives to the capitalist system. The Paris Commune — a brief period in 1871 when Paris was controlled by anarchists and communists — helped spread the message of anarchism further, and inspired more young radicals to take up the cause, sometimes to violent effect when they embraced the philosophy of “propaganda by the deed.” By the early 20th century, anarchism had spread throughout the world, but government repression often made it difficult for anarchists to organize and achieve their goals.

Pierre-Joseph Proudhon is generally recognized as the first self-proclaimed anarchist, and his theories continue to influence anarchist thought today — if you’ve ever heard the phrase “property is theft,” that’s straight from Proudhon’s 1840 book What Is Property? But Proudhon was far from the only prominent thinker to advance the cause of anarchy. William Godwin’s 1793 treatise, An Enquiry Concerning Political Justice, is hailed as a classic of antistate, proto-anarchist thought. Other famous contributors to anarchism’s development include Peter Kropotkin, Mikhail Bakunin, Emma Goldman, Lucy Parsons, Voltairine De Cleyre, Max Stirner, Johann Most, Buenaventura Durruti, and Alexander Berkman. In addition to these names, countless others, whose identities have been lost to history, have helped refine and spread the ideology of anarchism. Today, anarchism is a fully global, intersectional philosophy, with particularly strong roots in Latin America, Spain, Germany, and, as of 2012, the Middle East, due to the 2012 Rojava Revolution in occupied Kurdistan.

How does anarchism intersect with other political philosophies?

Anarchism as a philosophy lends itself to many ideas. There is no one way to be an anarchist.

Classic anarchist traditions include mutualism, which is situated at the nexus of individual and collectivist thought; anarcho-communism, which favors community ownership of the means of production, and the abolishment of the state and capitalism; anarcho-syndicalism, which views unions, the working class, and the labor movement as potential forces for revolutionary change; and individualism, which has similarities with libertarianism, and emphasizes individual freedom above all. More recent, more post-modern schools of thought, including anarcha-feminism, Black anarchism, queer anarchism, green or eco-anarchism, and anarcho-pacifism, have found firm footing in today’s anarchist communities.

Anarcho-capitalism, which is interested in self-ownership and free markets, is much rarer, and is considered by most anarchists to be illegitimate because of anarchism’s inherent opposition to capitalism.

What is the difference between anarchism and communism?

“When [most people] think of communism, they inevitably think of the states that were formed in the 20th century based on various interpretations of Marxism-Leninism, and the difference between anarchism and those states and those theories and those ideas is their perspective on the state,” Bray tells *Teen Vogue. “In orthodox Marxist theory, the state is an institution that is politically neutral, and it can be used for different purposes, depending on which class controls it; therefore, the orthodox Marxist goal is to capture the state, turn it into a dictatorship of the proletariat, and suppress the capitalist class. Once they do that, the state will wither away and you’ll have communism. The anarchist argument is that the state is not neutral, it is inherently hierarchical, it is inherently an institution of domination; therefore, anarchists oppose the state as much as they oppose capitalism.

“Another important difference is that, historically, in Marxism, economics were the fundamental building block,” Bray continues, “whereas anarchists have historically formed a critique of domination and hierarchy that is broader and not as one-dimensional. Marxist-Leninist parties advocate a vanguard model of organizing with a small group at the top, and anarchists are about horizontal, directly democratic kinds of politics.”

How does antifascism intersect with anarchism?

Since fascism is an antidemocratic ideology that thrives on oppression, and anarchism is explicitly against oppression in all forms, and for direct democracy, anarchism is inherently antifascist (much like all anarchists are by necessity anti-police and anti-prison). Not all antifascists are anarchists, but all anarchists are antifascist, and have been fighting against fascist forces for centuries. During the Spanish Civil War, most of the country was under anarchist control, and thousands of anarchists joined the International Brigades, a volunteer militia numbering in the thousands, who traveled to Spain to fight against General Francisco Franco and his fascist forces. It’s no coincidence that there are black flags waving in many photos of masked antifa, who have been very active in widely resisting what they view as oppressive policies across the U.S.

How else has anarchism made an impact on pop culture?

“I am an antichrist, I am an anarchist!”Delivered in doomed Sex Pistols vocalist Johnny Rotten iconic snarl, that simple phrase struck fear in the hearts of respectable adults throughout Great Britain and traveled across the Atlantic to thrill America’s nascent punk rockers. “Anarchy in the U.K.,” the Sex Pistols’ lean, mean, irreverent debut single, sent shockwaves through the bloated 1970s rock scene — and introduced millions of angry young kids to the idea of anarchy as an option, or even an ideal. Although Sex Pistols songwriter John “Johnny Rotten” Lydon explained in the 2000 documentary The Filth and the Fury that he’d only brought up anarchy because he “couldn’t find a damn thing to rhyme” with “antichrist” (and later said in a 2012 interview that he’d never been an anarchist at all), the damage had already been done. Sid Vicious aside, anarchism has also made a broader impact on global pop culture, from the work of Noam Chomsky to Joe Hill’s union songs to Ursula K. Le Guin’s beloved anarchist sci-fi novels. Famed 1984 author George Orwell fought alongside anarchists in the Spanish Civil War; Irish playwright Oscar Wilde became an anarchist after reading the work of Peter Kropotkin; deaf and blind activist Helen Keller was a socialist who palled around with Emma Goldman and other anarchists. Countless bands and artists have drawn inspiration from anarchist ideas, from anarcho-punks Crass and crust-punk godfathers Amebix (whose 1982 song “No Gods, No Masters!” remains a rallying cry) to Rust Belt punks Anti-Flag, U.K. black metallers Dawn Ray’d, hip-hop artist MC Sole, and Laura Jane Grace-fronted indie punks Against Me! (who basically wrote anarchism’s unofficial theme song with 2002’s “Baby, I’m an Anarchist”).

Anarchist symbols like the black flag and the circle A are easily recognizable when scrawled on desks or spray-painted on walls, but they have also become ubiquitous in music and film, from SLC Punk to V for Vendetta to the punk rock slasher flick Green Room (though the biker-soap Sons of Anarchy has nothing to do with the political ideology itself). Even hip-hop queen Cardi B rocked a big circle A patch in the video for her smash hit “Bodak Yellow”.

Anarchism and anarchists are everywhere, and hopefully now you’ve got a better understanding of what they’re fighting for — and against. 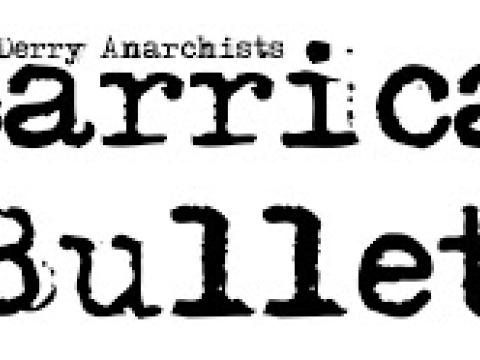 An archive of Barricade Bulletin, a newsletter produced by Derry Anarchists from 2016 onwards.
Image 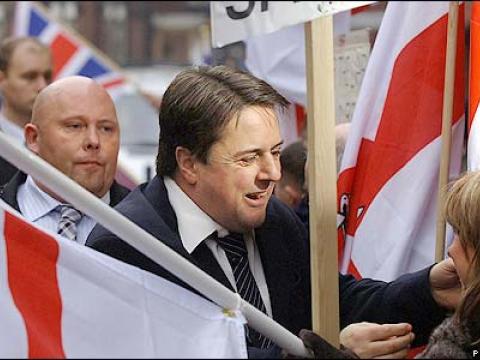 Anti-fascism and the BNP in Barking and Dagenham - Glyn Harries 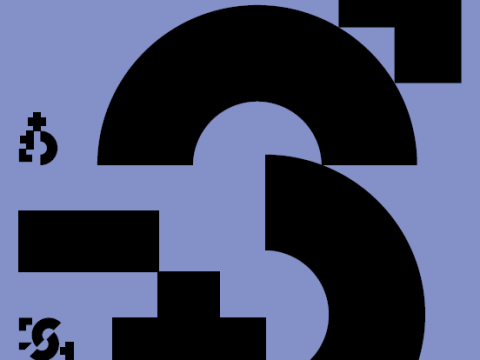 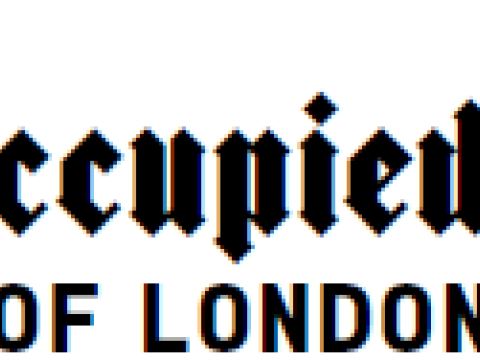 The Occupied Times of London

A complete online archive of The Occupied Times of London (OT) - the newspaper of the London Occupy movement. 29 issues were published from 2011…