More than 100 days of this crazy bloodbath is over. Subversive acts to stop the daily hundreds of corpses on both sides are becoming more and more, although not enough to radically change the situation. Meet the new survey about it. And please support this online media center for humanitarian aid to civilian population or community rebuilding campaign in widely injured city of Kharkiv. To donate you are welcome to join this fundraising.

Ukrainian territorial defense members from the Black Flag, well known for about 5 years by their involvement in social conflicts, street fighting the Nazis, protection of Lviv public spaces and development of horizontal cooperative economy, made the following statement on 30 May in their channel:

"Recently, deputies of the Legislative Assembly of the Primorsky Krai from the Communist Party of the RF criticized the so-called "special operation", calling for an end to it, saying that "there will be more orphans and young people who could benefit their country become disabled." It was these theses that Leonid Vasyukevich voiced, under which his fellow party members signed. Of course, he was immediately shut up by turning off the microphone, but he read the appeal of his colleagues in full.

While it is positive that even the neo-Stalinist bourgeois party is beginning to protest the war in Ukraine, we believe that such steps remain rather shy. Awakening from patriotic dope in these leftists comes after thousands of deaths (and they should have prevented these deaths), and ideological inertia still prevents them from looking at the war soberly. Obviously, even such a rigid structure cannot unilaterally dictate the agenda to its subordinates - we will probably soon see a certain partial movement at all grassroots levels of the CPRF.

Today, any conscious left must support Ukraine in its struggle against the Russian fascist regime. Anarchists have no illusions about the Ukrainian state, its neoliberal course, its peripheral nature, and all that follows logically. However, wishing Ukraine to lose, citing its alleged complete submission to the interests of Western imperialism, means, first of all, its submission to Russian imperialism, which entails the destruction of its culture, language and, above all, its working people.

Any left-wing organization in Russia today must side with the Ukrainians. An active anti-war position in Russia, sabotage of the fascist carnival in schools and universities, even the undermining of rails and the burning of military commisariats - this is the litmus test that distinguishes the real Russian left from the chauvinistic, imperial public (cannot be considered as left-wing) which sadistically tastes the unfolding of occupational war against the allegedly "fraternal" people.

The Russian and Ukrainian leftists have nothing to share but efforts to overthrow dictators, fascist bourgeoisie, and workers' enemies.

Incendiary attacks on military recruitment offices in Russia rise to 15 cases - three more during two weeks after the previous issue of this rubric. On the night of May 21, a Molotov cocktail was thrown into the recruiting station of Igra in Udmurtia Republic. As we can see on the title photo, the entire reserve room burned out (a little over 9 square meters). Unfortunately, there were no documents in the room, only personal belongings of the employees. A couple of days later, another enlistment center of this village also was attacked with such bottle - then the fire spread through the server room, where official documentation and a card file of veterans of the Second World War were stored.

A few days later, the FSB detained a suspect: 48-year-old Ilya Farber, who came to visit relatives living in Igra. The man has been searched, during it two canisters of gasoline, wire, potassium permanganate, funnels, five bank cards and three iPhones were seized. Farber is a painter and former director of a rural house of culture in the Tver region. In 2013, he was convicted of abuse of office and taking a bribe. The case had clear signs of falsification and got a wide resonance. Even Putin called his sentence "outrageous"! 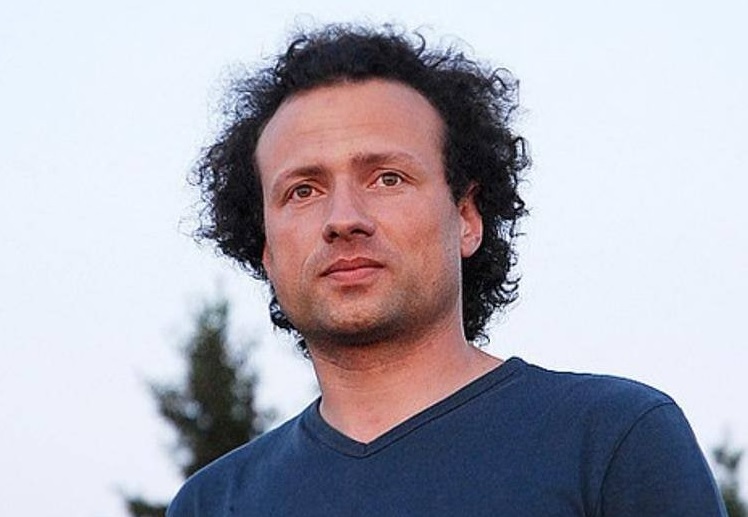 On the published video of the interrogation, Ilya expresses admiration for the work of the security forces, and claims that "wanted to find out what I'm capable of" in this way. Obviously, the testimony was given under duress, possibly even torture

On the night of May 28, there was an attack in Crimea. An unidentified one climbed over the fence and entered the territory of the military enlistment office on Selvinsky str. in Simferopol, after which he threw a Molotov cocktail through the basement window. The bottle broke on the window bars and caused no damage to the building. The watchman on duty tried to detain the attacker, but he broke free and fled before the police arrived. Bottle fragments are seized. The place is symbolic: this street bears the name of a famous Soviet writer, however in his youth he was a Black Guard fighter in the squad of Maria Nikiforova.

On the dawn of May 31 in Yasnogorsk, Tula region, a man broke the window of the enlistment center with an axe, after which he tried to set fire to the building. The specific method of arson is not reported. The fire was extinguished by the staff. Brave visitor escaped, the axe was found at the scene: 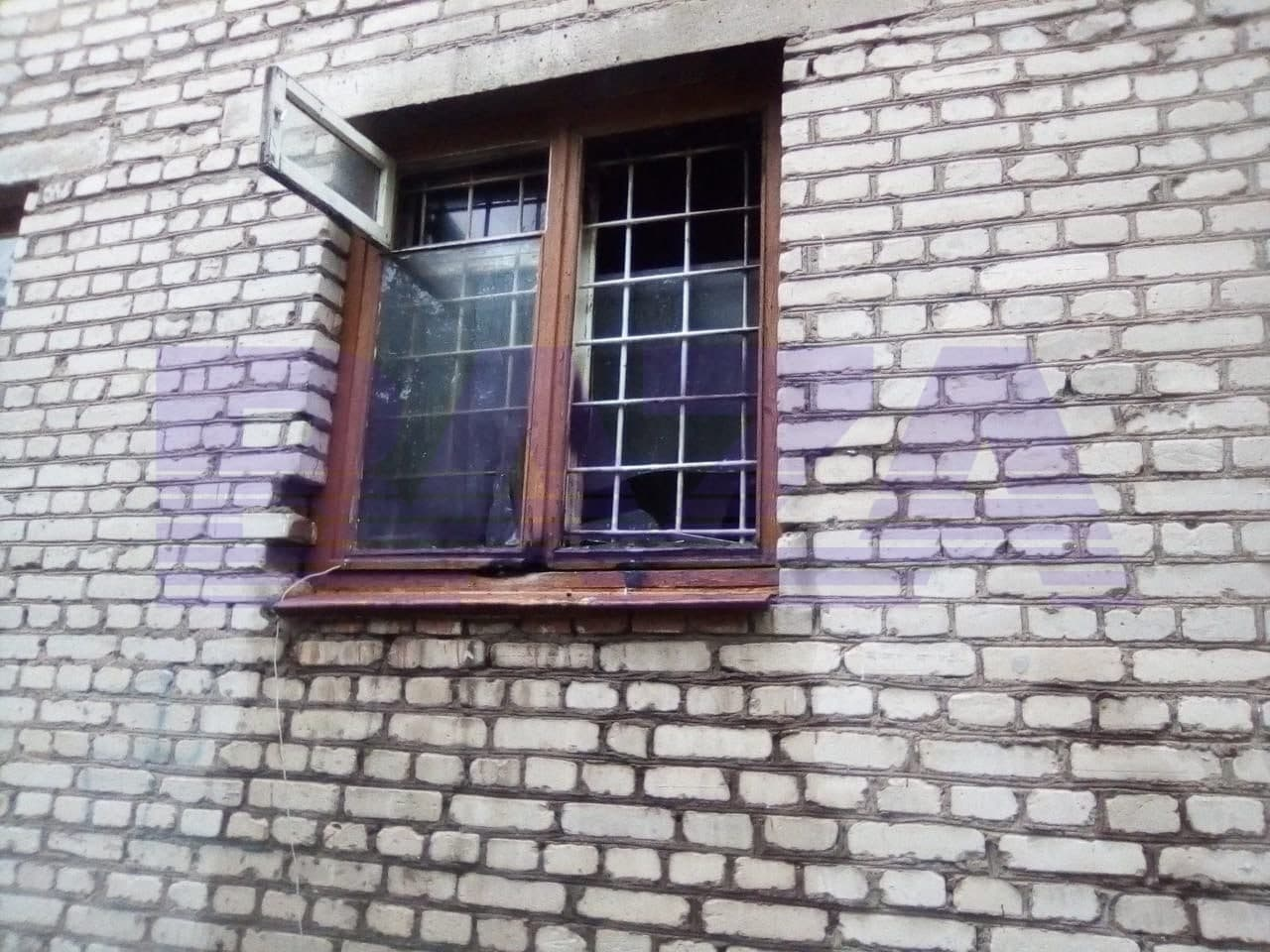 Yasnogorsk also is a notable place for ex-USSR revolutionary history: in 1999, in this town was а strike of machine-building plant's workers with the takeover of the enterprise...

Then 31-year-old Denis Arbarov was detained by the FSB as a suspect in this case. He's already confessed to everything. Also is captured 29-year-old Timofei Mokiy, who reportedly may be involved in the arsons of military commissariats in Balashikha and Shchyolkovo of the Moscow region. 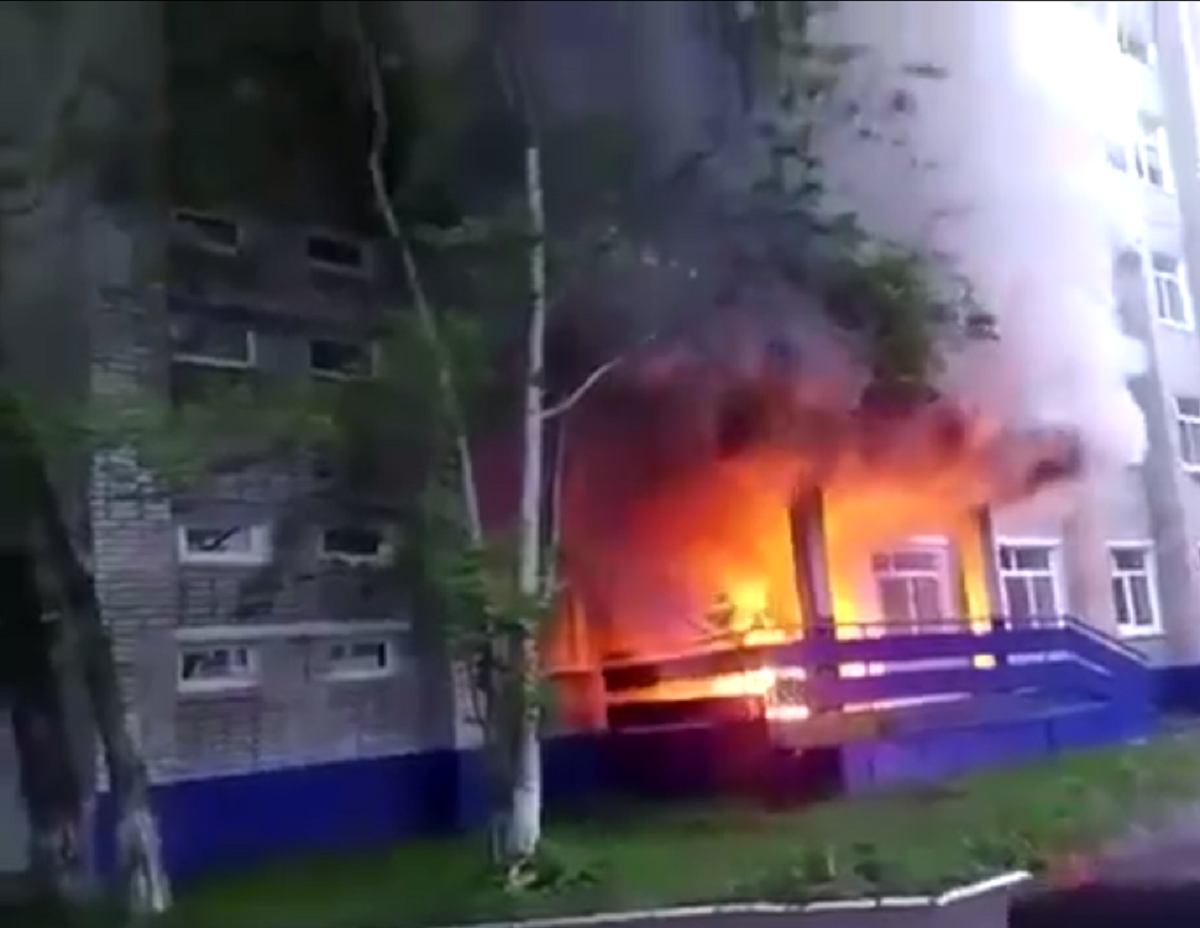 A resident of Komsomolsk-on-Amur yesterday torched the porch of the local Russian Guard's station. According to preliminary data, 50-year-old Vladimir Zolotariov tried to enter its building with a plastic canister of flammable liquid, but the door was closed. He put this canister by the door and set it on fire. The attacker was quickly arrested. He has now been taken to investigators 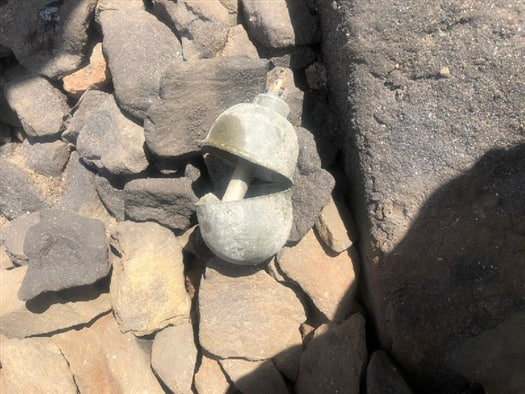 In Syzran, railway traffic was temporarily stopped due to a "suspicious object" on the tracks - which, upon close examination, turned out to be an airsoft grenade

Anarcho-Communists Combat Organization (BOAK) carried out an act of rail sabotage in the Sergiev Posad district of the Moscow region - right on the way to an important military object. The rail joint was dismantled and the rails were partially separated. Eight nuts were unscrewed, which could cause a derailment of the train. They claimed it May 23, and official sources confirmed info from their post.

This section of the road leads to 14258 military unit. It's a secret training and tactical center of the 12th Main Directorate of the Ministry of Defense, which is responsible for Russian nuclear security: 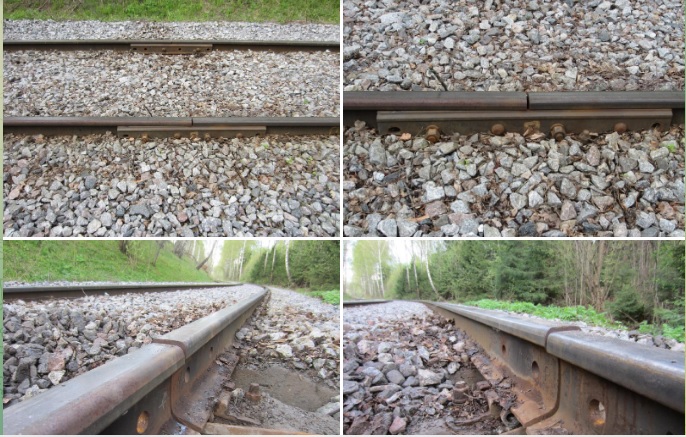 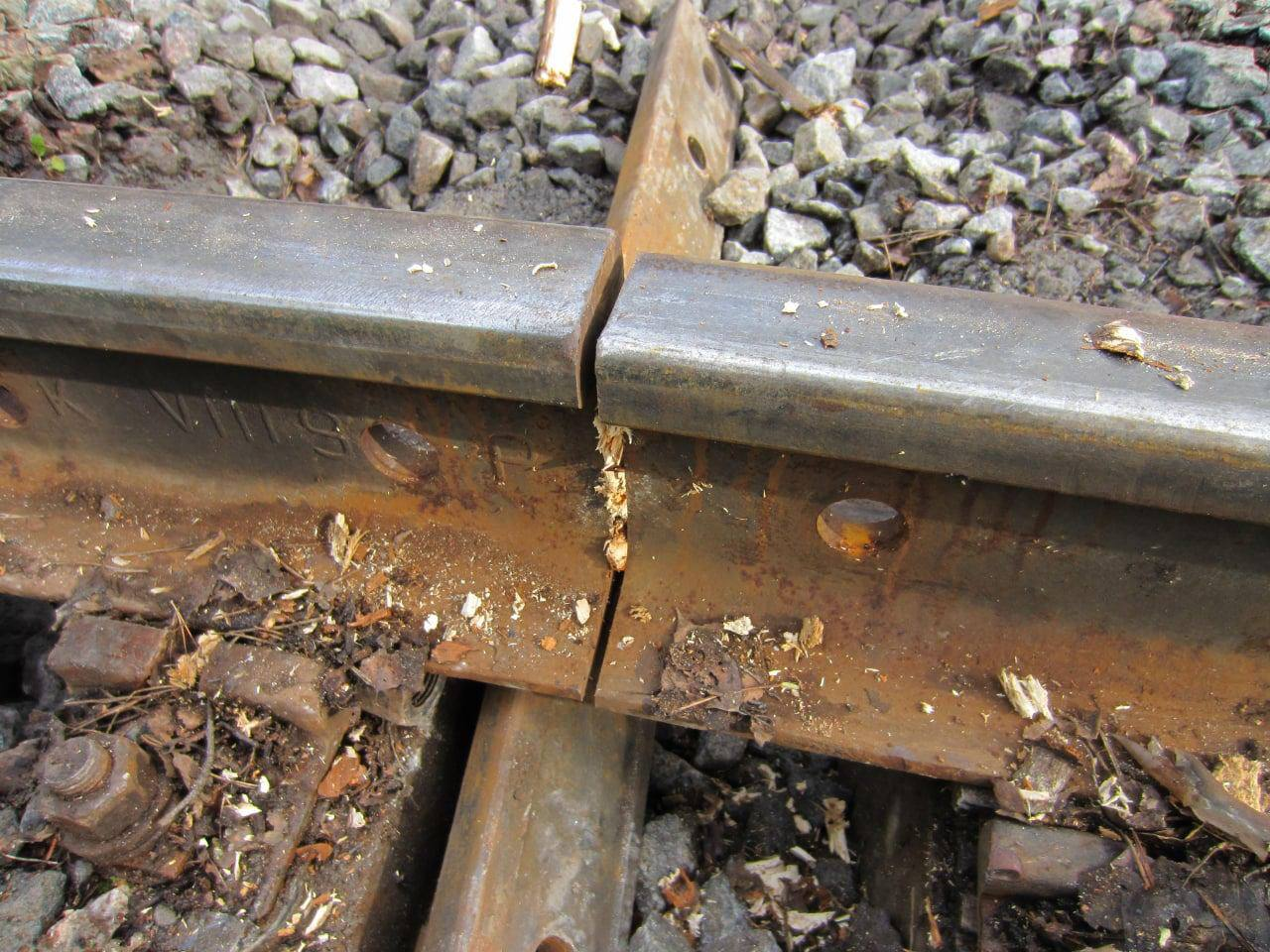 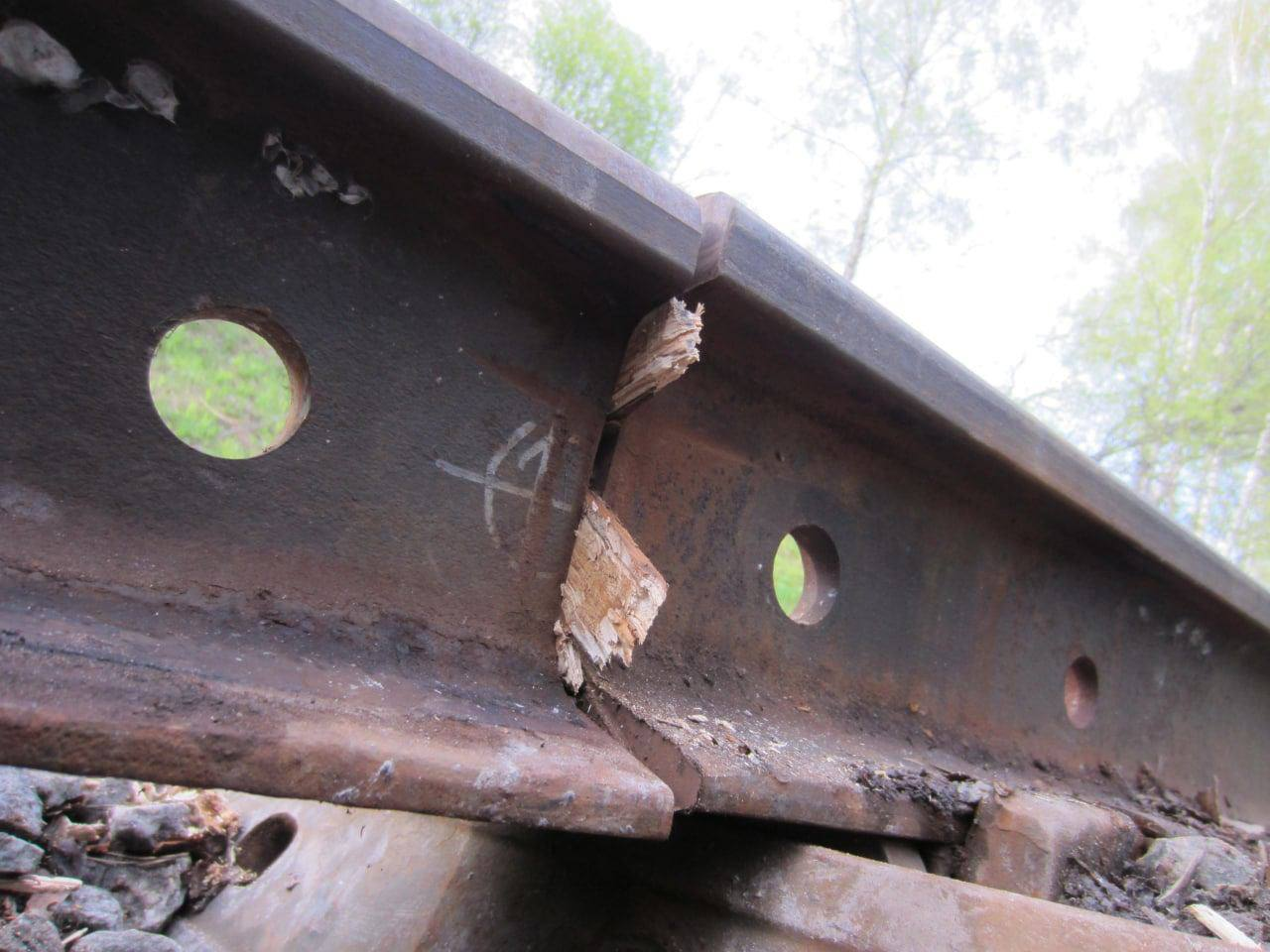 Full comminique on this action is here

London Anarchist Federation quite rightly concludes from it: "While it is often stated that many Russians must support this war, such levels of resistance were not seen in coalition countries when those states invaded Afghanistan and Iraq, even among those states where the population was generally anti-war". At the same time, as we predicted two months ago, night subversive actions against the invasion infrastructure will be accompanied by a massive spontaneous boycott. The regular spring conscription in the RF has been extended by two weeks until June 15 due to non-fulfillment of the plan; police raids on conscripts reported. On short-term contracts from 1 to 6 months, fewer and fewer men come too.

192 servicemen from the 83th airborne brigade (military unit 71289, Ussuriysk) refused to participate in the hostilities. Not only soldiers, but also officers, went into denial. Along with it, 115 riot cops of the Russian Guard sent to Ukraine from Kabardino-Balkaria Republic were early dismissed because they "arbitrarily refused to carry out their official assignment and collectively departed on their own initiative to a permanent duty station". They unsuccessfully tried to challenge the dismissal in the garrison court of Nalchik.

According to allegedly intercepting a conversation by the Security Service of Ukraine, there was some unrest in Russian troops on the Kharkov direction:

- Well, another riot, fuck it!
- How many people are in denial there?
- As I've understood, the entire personnel...
- Repeat it!
- Almost everyone!

Another famous interception from the late May testifies that Russian contract soldiers in the Donetsk region nearly shot General Valery Solodchuk - a commmander of the 36th army - and his securities, who had arrived to quell the revolt and force the "refusers" to continue fighting. The soldiers did not obey the order, so the general fled the front line: "Our battery almost completely went into denial. He started waving his gun, shooting: “I, he says, will mislaid you if you don’t fucking go there!...” And that’s all. Here is a guy: “Go, he says, get out!” Fuck, he pulled a grenade, pulled the pin, said: “Come on, shoot me, he says! Together, he says, we will blow ourselves up here”. That's all. There, the special forces also began to poke their riffles at us, we at them with riffles. In short, almost shot all each other, the fuck. He sat down in his Bobik, left”. In the same conversation, the occupier complains that only a third of their brigade (over 600 people) remained, and the rest were killed or wounded...

Replenishments are critically lacking, and the reserves keep burning and burning. Against this background, it's still not worth completely excluding general mobilization.

In addition, see our last week historical article "Barricades and buckshot in Shebelinka" concerning the overthrow of the tsarist military administration for several days by the East Ukrainian peasants at the end of the spring in 1829.

Also you may be interested in a such colorful material on the anniversary of the election of the Makhnovists insurgent council in the same area on the south of Kharkov region almost a century later.

While it is often stated that many Russians must support this war, such levels of resistance were not seen in coalition countries when those states invaded Afghanistan and Iraq, even among those states where the population was generally anti-war. 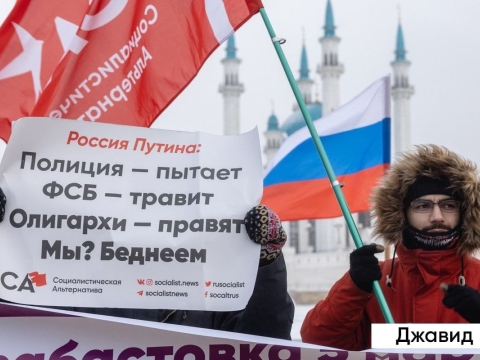 "Putin's Russia: the police - tortures, the FSB - poisons, the oligarchs - rule, we are getting… 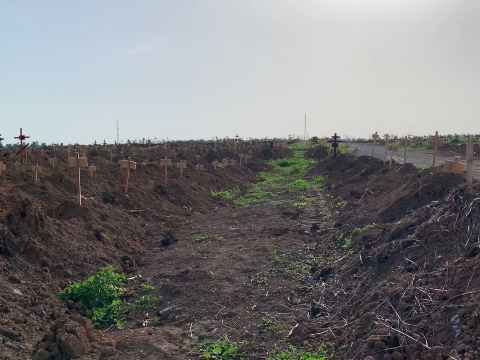 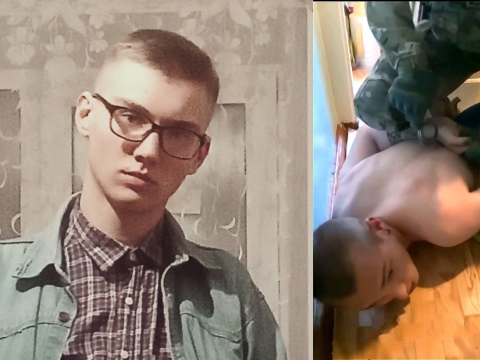