Video recorded by 3 anonymous prisoners detained at the Arles prison in southern France, denouncing conditions in the prison system and the role of prisons and sentencing in society and its effects on incarcerated individuals.

Here's a short video recorded by three anonymous inmates of the prison in Arles. It details conditions and the grievances of the detained population.

Note: The transcription is of the translated subtitles from the video. Though some parts were confusing, so I re-worded some passages to make the meaning clearer. Though some references escaped me so I chose to leave them intact.

This video was released in October 2001 by 3 prisoners from the Arles prison in the South of France.

Translation was difficult as the statement often refers to French reality.

We hope it is understandable, and we hope this video will be played abroad as much as possible.

Before reading this statement we must clarify that we are hooded in order to avoid the personalisation of the current action.

We are just long sentenced prisoners among others. The message that we carry is the one of thousands of voiceless men and women locked up in the prisons of France.

Furthermore, we want to point out that it is for security reasons that we are hooded.

It would be useless to specify that the prison authorities won’t appreciate our initiative. And that the repression will strike after the public broadcasting of this document will be important.

The security measures that we took may not save us from sanctions, that’s why we ask in advance to the associations and citizens caring for the defence of human rights to be watchful regarding the Arles prison in the coming days and weeks.

This will prevent the violences or different types of abuses committed by the repression holders to occur.

Of course, we wouldn’t have been forced to carry out such an action if the prison world wasn’t this law free place where freedom of expression, freedom of association are denied to detainees.

It is the antidemocratic nature of prison that leads us to act this way!

At last we want to specify here that the equipment used to make this report was taken without anyone’s approval.

That is, the inmate responsible for the video workshop didn’t know that we embezzled the mentioned equipment.

The year 2000 has been, among other things the year of the public revelation of the prison horror in France.

“A shame for the Republic”, was stated by many. Many problems were raised, denounced.

From deputies to Church to various associations, all had the opportunity to express themselves on this subject with a clear unanimity.

We take note of that. But as always the main concerned didn’t have their say. Those whose daily life is the prison infamy, which means the prisoners themselves.

Word is not given to us. Never. That’s why we decided to take it, here and now. It’s especially in the name of “long sentenced” prisoners that we speak, we, the system’s left out. Those whose prospect is only despair and hate.

We are here in front of you to demand that just and fair measures are applied to us, that would allow us to believe that we have not been convicted to a slow death, to sentences that are just a substitute to the death penalty.

We are here to say, to say aloud that it is to no one’s interest if we turn into “human bombs”, because our day when we’ll be freed will come, when we’ll return to the social corpse.

What will happen if during the years the prison system kills us, debases us, wounds us dramatically and deeply. It is time that this reality stops.

It is a great time for this “cannibal prison” to become the subject of a cultural revolution that’d allow it to enter the third millennium with dignity.

From our experience, in the name of respect to the human dignity and to the inalienable rights of the human being, we demand that the French government takes the following measures:

First: Changing the punishment scale and lining it up to one of the countries with the less repressive penal conception. That means we demand the abolition of long sentences.

The abolition of sentences running consecutively, which leads men and women to serve decades of prison, but also the abolition of the unbearable life sentence.

All the specialists in this domain agree on the fact that the sentence doesn’t have anymore sense after a certain period of time. It becomes just fierceness, revenge, destruction of the individual.

Second: Immediate release of all prisoners that have incurable diseases.

Dying in prison is the worst fate a prisoner can experience. We demand the respect of the right to die in dignity, among our relatives, out of the prison context.

Third: Abolition of the isolation units and of the holes. Closing down these super repressive tools is simply what we demand.

In those situations the law is much too often the one of the strongest, where the officials turn into torturers, where suspicious deaths are numerous.

We must end with that!

This is where the most urgent measures to take, as we feel each new day is a day of social revenge applied to us and not a measure of justice.

But the current prison reality is made up of many other measures that we want to denounce and to see changing as soon as possible.

It deals for instance with the impossibility to have sexual intercourses, to have children, or just to have the right to tenderness. All those things are among the fundamental rights of the human being.

The extreme restriction of Family Life Units that would concern 3 prisons out of the existing 187 is an insult made to us.

As many countries already have equipped their prisons with special visit spaces intended for intimate relations, why does France carry out such a program only in an experimental thus restricted way?

How many more decades will we have to wait until those fundamental rights are recognised to us?

How many more families and couples will be broken until the political decision makers and other officials act in a responsible way, or just in a human way?

One other crucial concern is the transformation of prisons into unofficial psychiatric hospitals.

More and more prisoners have nothing to do in prison. Their psychological state is incompatible with prison.

We ask that they get a treatment in appropriate places. We want also to denounce the scandal of using products supplying drugs in the prison world.

Peace in detention much too often means maintaining detainees in a state of addiction towards substitution products.

Some prisoners even turn into drug addicts in detention while they were not when they were imprisoned.

What is to be thought of an institution that maintains and encourages men and women to drug addiction with the public money?

We demand the end of censorship measures as well. The endless violation of our mail, of our visits with families and friends only have but one aim:

Imposing on us a self censorship that leads to the alienation of thought and the anaesthesia of feelings, but also eventually to the disappearance of family relationship.

Who would believe they want to rehabilitate us when the prison authority never ceases to separate us from family?

By imprisoning us hundreds of kilometres from where our relatives live? When the whole institution’s running only leads to infantilising and taking away the responsibilities from detainees?

How could we forget prison work while talking about outrageous realities?

Why is the labour law not applied to detainees? Why are the French bosses sometimes more interested in giving work in French prisons than moving to a third world country?

The answer is simple: because the prisoner is totally enslaved and any modern supporter of slavery would dream of the conditions offered by the prison administration.

Is it in those conditions that we are supposed to be encouraged to rehabilitate in society through work?

And what should be said of those ridiculous salaries that don’t allow us to reimburse decently the so-called party claiming damages?

The justice decisions in this domain are wiped out in the name of profit.

Another reason for our exasperation is the disinterest of the prison authorities towards culture, art, those things entertaining spirit and the senses.

How can we evolve or re-evolve if this crucial part of our being, our power of creating, our sensibility is denied to us, if culture and art are not within our reach?

We want to denounce here and with strength that the negative activities of an extremely active minority of the warden staff for whom the detainee is an enemy that must be killed.

Those officials refuse to respect the spirit of laws and even refuse simply to apply them.

They represent an ongoing danger for the institution in general, but also more commonly for the penal population and for their own colleagues.

Its great time that these people get contained by those whose mission is applying texts, and checking the running of the prisons.

Furthermore, we want to draw attention to the application of the so called “innocence presumption” new law.

We fear that once again the main part of the magistrates overseeing the terms and conditions of sentences keep on applying texts in a very restrictive way.

It has been years since the politic carried out regarding terms of sentences is a disaster. It must stop.

The harassment which long sentenced prisoners are undergoing from the most repressive part of the French magistracy must cease.

We refuse to be the victims of those sworn torturers any longer.

To put an end to this incomplete list, we wish to state how we feel it necessary and crucial that the prison authorities endeavour to fulfil their mission of support to the rehabilitation of detainees.

It is obvious that we, the detainees of French prisons, don’t enjoy measures following this line.

The political will obviously doesn’t exist, and the means necessary are almost nowhere to be found.

It sounds clear to us that we are sacrificed, that we are doomed to eternal subsequent offenses. We refuse to be used as scapegoats for the security politic of the state.

Of course, we greet all our comrades currently walled up alive in the isolation units, and all those undergoing the unbearable hole sanction.

Strength, courage and determination to all.

Greetings and solidarity also to all the detainees currently locked up in jails. The foul living conditions in the jails are now known to everybody.

Finally we want to send a message to the youth of the suburban areas, to the children of the proletariat and subproletariat, to all those belonging to the sacrificed classes, of the system.

Today, the future of prison fodder is offered to us.

Because the prison gates are coming closer and closer, longer and longer.

Whereas the real criminals, those who live on the back of poverty, of our poverty, are guzzling in all their arrogance while laughing at our misery, at our sacrificed life.

I transcribed the subtitles and corrected some errors, but there were a couple of passages that seemed to be referring to something specific that I just didn't get so left them as is.My French skills are poor and the only French prison I've been in is the one they built in Hanoi so some allusions were lost on me.

I found this video on Stuart Christie's Anarchist Black Cross section https://christiebooks.co.uk/anarchist_films/arles-prison-statement-2001/
But haven't been able to find anything else about this online. 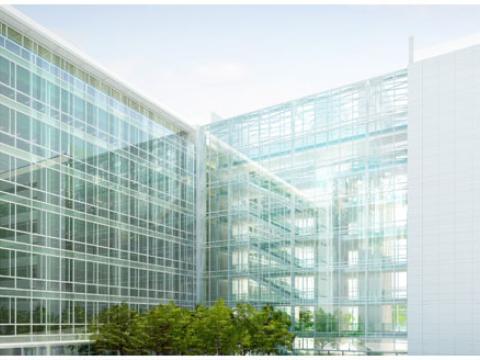 A 51-year-old father of two threw himself off a viaduct after leaving a note for his wife blaming his work situation for his decision.
Image 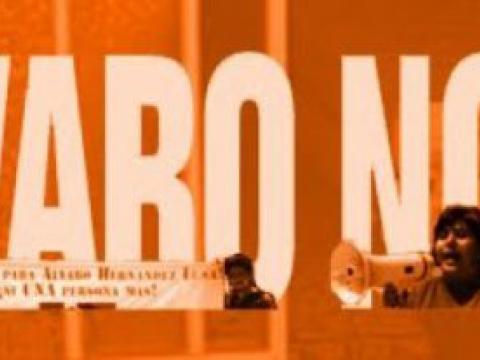