Are the UK government planning to use Workfare placements and welfare store-cards as part of a state-run 'Truck system'?

The Guardian reported this week that Birmingham council is to provide crisis welfare in the form of prepaid store-cards, which will be redeemable only in Asda stores as part of the government’s welfare reforms starting in April. The store-cards will be for use on only specific products not including tobacco, alcohol, phone-related expenditure and fuel, and will replace crisis loans, which were previously administered by the Department for Work and Pensions.

There are several obvious problems with the government’s latest authoritarian scheme. Crisis loans are often used by people living in poverty to pay for electricity on top-up meters and other basic necessities which can’t be bought in an Asda store, and many Asdas are situated out-of-town, making them inaccesible to people who might be in need of a crisis loan.

Indeed, such problems are already encountered by asylum seekers forced to use “Azure” cards redeemable only at selected retailers, one of which is Asda. Aside from the limitations and inconveniences such a system imposes on the lives of those subjected to it, these ration-like welfare cards also help to mark people out, further stigmatising their socio-economic situation.

The new scheme to replace crisis loans also makes a [further] mockery of the ‘free market’, granting the UK’s second largest chain by market share (after Tesco) a monopoly free from the competition of smaller, often more local shops. The Uk grocery market is already an oligopoly, with Tesco, Sainsbury’s, Asda and Morrisons sharing 74.4% of the grocery market.

Asda is also one of the companies making use of Workfare, so people could be forced to buy from Asda stores while also working in them unpaid, in an economic bind similar to the use of Company scrip in a ‘Truck System’. Such arrangements have historically led to artificially high pricing due to the lack of competition.

Not that Company scrip is a thing of the distant past. In fact, as recently as 2008, Walmart (who own Asda - coincidence?) were ordered by the Mexican Supreme Court of Justice to stop paying employees in part with vouchers redeemable only at its stores, after the court found the practice to be in violation of Article 123 of the Mexican Constitution guaranteeing the right to “dignified and socially useful work.”

If this scheme were to be rolled out nationally, it would mean a significant amount of money which was previously circulated within the economy at people’s discretion going straight from the government purse into private hands. With more and more people being placed on Workfare schemes, and the recent revelations about sanctioning targets, it seems we’re not far from a situation where large sections of society are forced to work in shops without pay, and remunerated only with credit to be used in specific stores on specific items.

At a time when more competition between more businesses employing more people might be something to encourage (if you cared to save capitalism, that is) this simplification of money circulation is completely economically illiterate. Rather than cash changing hands in a number of transactions, it would end up in the tills of the world’s largest retailer after just one exchange.

More of the American model of welfare coming to the UK.

In the States we've had WIC ("women, infants, and children") and EBT("electronic benefits transfer") cards for years:

Minimum wage could be frozen or cut if it starts to cost jobs or damage economy, Government suggests

Here's what they'll be wanting to do next:

Tennessee Republicans have advanced a measure that would cut the welfare benefits of parents whose children receive low grades. The measure calls for a 30-percent cut to Temporary Assistance for Needy Families benefits for parents whose children fail to pass state tests or are held back a grade level. The measure’s co-sponsor, State Senator Stacey Campfield, said: "We have done little to hold [parents] accountable for their child’s performance." The measure is now headed for a vote in the state Senate after clearing committees in both chambers.

How fucked is that?

It seems we’re not far from a situation where large sections of society are forced to work in shops without pay, and remunerated only with credit to be used in specific stores on specific items. 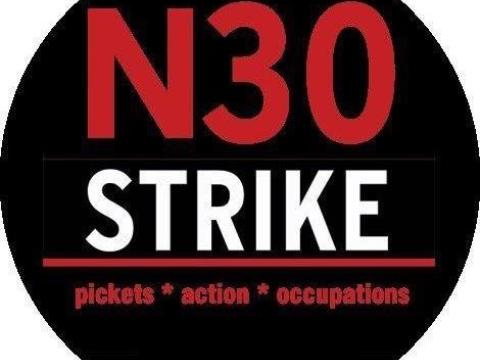 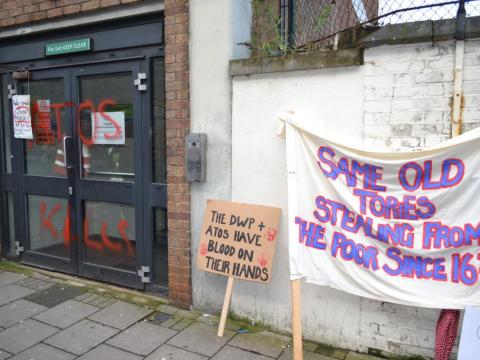 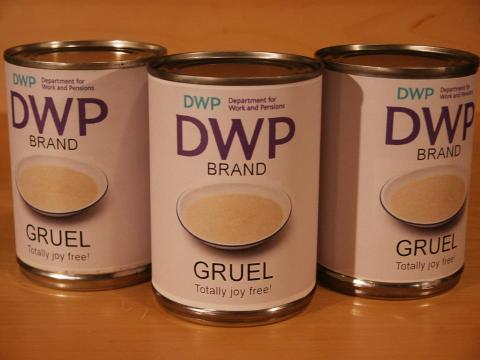 A blog about welfare reform from a social care worker's perspective, and the… 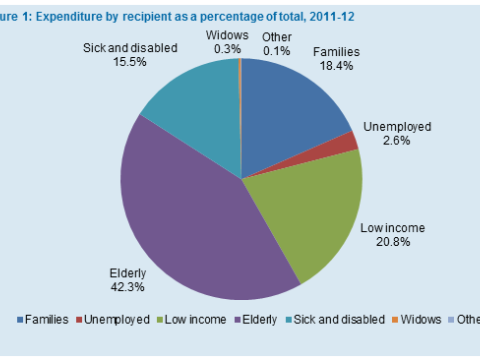 Excellent document from the New Economics Foundation debunking government and media rhetoric about benefit "skivers" and showing that only 2.6%…