An account of the 1990 strike in East London of mostly immigrant workers, which won several concessions for the workers and prevented the owner starting a new sweatshop elsewhere.

Bacton Fashions in Hackney was a relatively large clothing sweatshop employing up to 90 workers. Most workers were Turkish or Kurdish, had been living in Britain for less than a couple of years and were waiting for a Home Office decision on their rights to remain.

Within the factory there were some members of the one-year-old Transport and General Workers Union (TGWU) 1/1312 textile workers branch. The branch, formed at the initiative of the political organisation, the Union of Turkish Workers, with the assistance of Hackney Trade Union Support Unit and Service Workers Advisory Project (SWAAP) had recruited almost 600 workers locally.

A series of small-scale strikes had led to a union recognition agreement being signed at Dizzi Limited. There were regular leafleting sessions of factories and meetings on workers rights at community centres.

The workers at Bacton Fashions had many complaints about low pay, long hours, terrible health and safety conditions, no holiday or sick pay, victimisation, continuous lay offs without pay and a management prepared to act dictatorially.

The workers themselves were not completely defenceless as they included some that had brought revolutionary traditions from the cities and villages of Turkey and Kurdistan. The previous year (1989) over 4,500 refugees had come to Hackney fleeing the war in Kurdistan. They joined, at least, another twenty to thirty thousand Turkish speaking workers in east London. Almost none of these workers were unionised and no major union had thought to change this. For example, none had ever appointed a Turkish speaking official.

When eight workers at Bacton Fashions refused to accept being 'laid off' they began picketing. Appeals to other workers to respect their picket line were met sympathetically but little else. The employer, Mustafa Dill, was sufficiently embarrassed to re-employ the workers and to agree to lay off pay during slack periods.

However, he kept breaking his word and there were almost daily walkouts over the next few weeks, as agreements were reached then broken once again.

Bacton Fashions itself was located in an industrial unit along with other clothing sweatshops. Workers from the different firms used the same entrance to go to work

During a longer strike, it became traditional at the end of the working day for workers from all the firms to join with the strikers and jeer and handclap the boss and his managerial team as he left work. There was no violence, although tensions were clearly running high and up to 400 people were involved in this daily humiliation of the boss and managers.

Demands from union branch members for the TGWU to make the strike official were refused, requests for strike pay was therefore ignored and strikers were instructed that they couldn't even make financial appeals on TGWU headed notepaper.

There was no attempt by the union official, Brian Theobald, to spread the dispute to other factories or to use what was happening to recruit other workers into the TGWU. He came to the picket line on a small number of occasions and took no part in strike meetings.

On February 26th 1990 the evening picket was attacked by the Territorial Support Group Area 2 of the Metropolitan Police. There was a fierce fight, during which the police were initially chased from the scene, before re-grouping and attacking the pickets and their supporters. Four pickets were arrested and charged with riotous behaviour and actual bodily harm.

A community based campaign later helped to secure 'not guilty' Court verdicts and much later one striker, Tekin Kartel, received a five figure sum in damages for what had happened to him.

The next morning (27.02.1990) no one from any of the factories located in the same building as Bacton Fashions crossed the picket line.

The company was forced to close, only to re-open under a different name and at a different location later. Picketing and a refusal by workers to work there led to its closure.

While the workers lost their poorly paid jobs they achieved a degree of success showing the employers that they could not do everything they wanted and needed to take the workers needs into account when making decisions. The workers established a pride in fighting back; they closed down the factory and demonstrated they had the power to not only damage the employers profits but get rid of it!

Negatively, the strike was not well supported by the local trade union movement and the TGWU's conduct didn't impress the workers in local clothing outfits. Branch membership fell dramatically and recruitment became much more difficult.

Mark has uploaded some PDFs of Hackney Union News and other material relating to the Colin Roach Centre from around this time:

I'm guessing this must have been long long before the fashion of using "1312" as an alternative form of acab took off, so I suppose the union's name is just a happy coincidence there.

Some background to this and the wider context of Turkish/Kurdish refugees in Hackney and the well-documented police violence of the time:
https://hackneyhistory.wordpress.com/2021/03/09/police-attack-hackneys-striking-workers-1990-1991/ 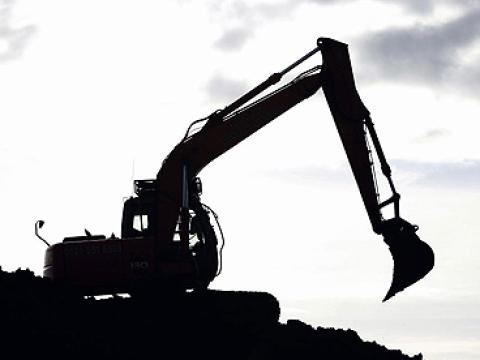 Immigrants demonstrated their willingness, when asked, to support British workers in struggle in this victorious strike of 300 building workers…