After a successful 750-strong two-day strike, 1300 workers at another site have also downed tools.

The first strike was by workers at the Almoayyed Contracting Group, workers were protesting at salaries ranging from 60 to 85 Bahrain dinars (£82-116) They initially demanded a rise to between BHD 100 and BHD 120. The head of the group countered that workers were in fact being paid 75 to 150 dinars a month, he also claimed that only 300 workers joined the strike. A monthly pay rise of BHD 10 and a food allowance of BHD5 was eventually accepted by workers after two days of strike action. The workers will also be paid for the strike days.

A second strike by 1300 workers at GP Zacharides BHD 2.26 bn dollar Durrat site began today, workers are demanding an increase to their monthly pay which is currently a meagre BHD 57. They are also demanding improved medical facilities.

The majority of workers at both sites are Indian and they have seen the value of their wages hit hard by inflation and currency fluctuations. Workers at ACG initially rejected the 15 dinar offer but after some workers accepted the offer the others felt forced to do the same:

"This is not what we protested for, but some among us thought that was better than nothing. When they accepted it, the rest of us couldn't hold out much longer. We believed that we could even be sent home, which we don't want because we spent money to get here and many haven't paid off their debts as yet."

Indian Ambassador to Bahrain Balkrishna Shetty recently announced that the Indian government will institute a minimum wage of BHD 100 for unskilled workers in Bahrain. From March 1st visas will not be issued or renewed for workers on contracts with a lower wage. To further enforce the measure the government has said that payments must be made through banks and that recruiting agents will be held responsible if contracts are not honoured. 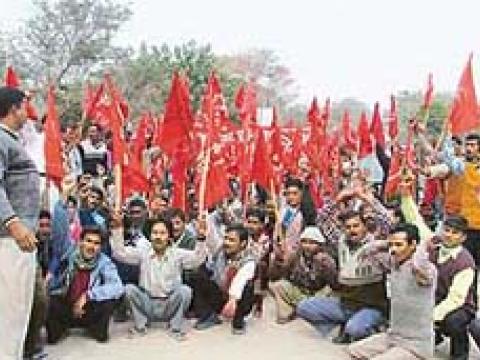 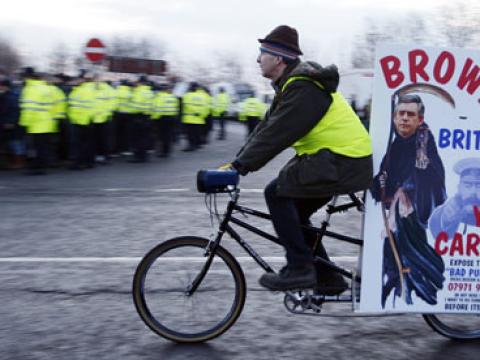 Building workers on a new power station downed tools on unofficial strike early today, as wildcat action and protests over unemployment in the…
Image 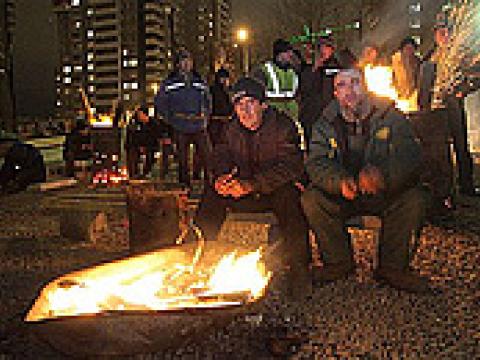