Online archive of ¡The Blast!, an anarchist newspaper published by the Agitator Index Collective in Minneapolis in the mid 1990s. At least seven issues were published.

The Blast! was an anarchist tabloid published by the Agitator Index Collective, which included Sister Erin of the Immaculate Conception/Erin Immaculate, joel [olson], Justine Abinni, Nikolas Kautz, Tod, Tricia Meleiko, Katrina and Gigi. It was named in honor of Alexander Berkman's anarchist newspaper of the same name, which Berkman published from 1916-1917.

The Blast! was founded in 1993 by former members of the anarchist punk Profane Existence Collective. The first issue appeared in the winter of 1994, and featured coverage of the recent Zapatista uprising. The Blast! eschewed the punk rock ghetto, and their musical coverage was heavily tilted in favor of hip-hop.

The Agitator Index was a member-collective of the Love and Rage Revolutionary Anarchist Federation.

Interesting, had never heard of this one

Yeah it was pretty good from what I can recall, Active Distro used to have it. An interesting example of people being politicised by punk and their analysis developing to the extent that they realise the limitations of subcultural stuff...

I've uploaded all the issues from archive.org now. Issue 6 is missing.

FYI . . . the description here of The Blast and Agitator Index collective is not fully correct. KK was never a collective member. I sent in private messages a month ago - but I guess no one at libcom or Fozzie reads them.
The collective was noted in each issue (on the inside cover usually, I
believe). Here are the names I see, looking at the pdf's:
Sister Erin of the Immaculate Conception/Erin Immaculate
joel [olson]
Justine Abinni
Nikolas Kautz
Tod
Tricia Meleiko
Katrina
Gigi

Sorry about that, Kdog. My mistake. I’ll correct later today - thanks for pointing this out. 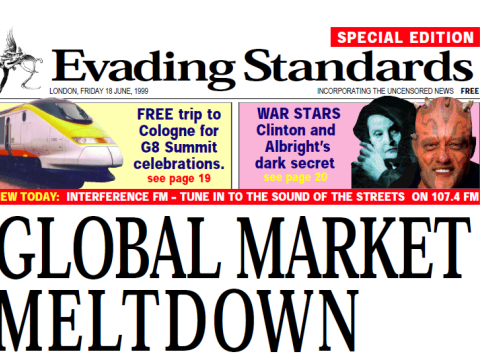 Evading Standards was a spoof version of London's right wing Evening Standard, distributed free to commuters on at least two occasions in the… 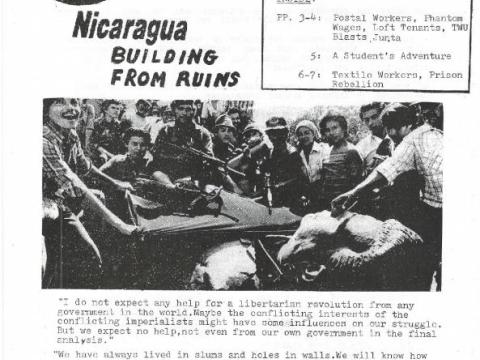 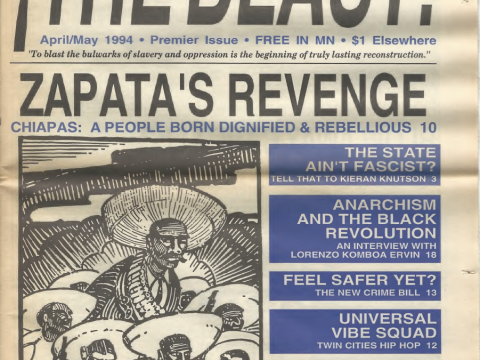 First issue of this anarchist newspaper from Minneapolis. Including: anti-fascist Kieran Knutson charged, political statement of the Agitator…