When you look at the past 30 years in Aotearoa there might be some debate about which year stands out most as a turning point for economic policy. Strong candidates would have to be 1984 when neo-liberal factions gained a clear ascendency among the political parties. There was also 1987 but perhaps the roughest was 1991 and the year of the Mother of all Budgets. In that year National Party Minister of Finance Ruth Richardson, took the initial work of the Labour Party under Lange and Douglas even further than they had ever dared. Unemployment, welfare and sickness benefits were slashed, the health system was re-structured and a savage Employment Contracts Act dealt to organised labour.

Anyone over 50 will have clear memories of the period prior to the neo-liberal consensus. Whether they agree with the changes it has brought in or not, they at least have experience of something else. What of those who are younger? Having grown up under the current set up and therefore having known no other way of doing things, do they just passively accept that this is all there can be? That the effects of the changes have been essentially positive? Do they see privatisation and market driven methods as the sole valid option for running an economy? Perhaps many do, but fortunately there are countervailing voices prepared to question the dominant paradigm.

One of the young challengers is Andrew Dean, a PhD candidate and Rhodes scholar currently at Oxford. Dean’s short work takes on the myths of neo-liberalism. He does so from his personal perspective as someone who is among the ‘children’ of the Mother of All Budgets. Now in his 20s, he grew up when the policies of Richardson and Douglas had their greatest influence on the country.

Dean’s background is not as a trained economist and some could argue this is a serious fault when embarking on such a project. He doesn’t claim to have undertaken his own economic research or to have made new breakthroughs in this field. His approach is that of a synthesist who has nevertheless done his homework. The writer has studied the work of local academics from various disciplines sympathetic to his own views such as Brian Easton, Jane Kelsey, Karen Nairn, Jane Higgins, Judith Sligo and international best sellers such as The Spirit Level. In addition he demonstrates a knowledge of New Right ideologues such as Hayek, Isiah Berlin and Charles Murray. This ideological mix is adroitly combined with official statistics from the NZ government that make for depressing reading and support his contention that the changes made have not been for the better.

Frankly the fact Dean is not an economist actually works in his favour. His style of writing is accessible to the general audience it is intended for and its free of heavy jargon. He doesn’t cherry pick low hanging fruit, but focuses on a range of key sectors that were impacted by the changes such as health, housing and education. The fact he uses the government’s own data carries a lot of weight. It is hard to deny the cold facts he puts together and as Dean himself says, the policies have had 30 years to play out so it’s about time somebody pressed Richardson and her fellow travellers harder.

For those unmoved by dry statistical analysis, Dean also adds personal experience to the assortment of information he offers. He is honest enough to admit that in some ways he is not entirely representative of his generation. After all, as a pakeha doing post-grad study at Oxford, hes not exactly a model of the underclass. Nevertheless experiences such as working with vulnerable children for a community agency in Ashburton and watching the effects of the health sector re-structuring on his local hospital where his parents worked, show his sympathies have not come about in an ivory tower.

Perhaps the strongest ‘personalised’ section of Dean’s work is based on interviews he was granted by two of the architects of the neo-liberal landscape. One is not (surprisingly, given the book’s title) with Roger Douglas, but Rod Carr. The latter held various positions in the power structure including jobs as Deputy Governor of the Reserve Bank, leader of a taskforce that oversaw the restructuring of health funding and he was recently Vice-Chancellor of Canterbury University. Dean’s encounter with Carr is marked by a good natured bout of sparring and Carr himself proves rather nuanced in his assessment of the neo-liberal agenda. In fact he is prepared to criticise elements of the present system, though retains a belief in the utility of discomfort to motivate the working population. By ‘discomfort’ Dean means the idea that job insecurity and having to operate with limited resources will encourage people to work harder and more efficiently. Though anyone at the receiving end of the precarious working environment that exists, won’t find it difficult to take issue with Carr on that point!

More interesting and exponentially scarier is Dean’s meeting with Ruth Richardson. Their interview only lasted 90 minutes but Dean says it flowed freely. She was hardly ambushed into it and his subject is certainly intelligent. The picture that emerges is akin to an encounter with a fanatical suburban cult leader in her lair. Unlike Carr she is not only largely non-reflective but utterly unapologetic regarding any of the damage caused by her actions. She even admits to being more extreme in her views in older age. As far as Richardson is concerned, the ‘problem’ such as it was, was in not carrying the changes further.

From an anarchist perspective the most revealing aspect of the interview is her admission that Labour and National have been two sides of the same coin or as she says “…there was a natural baton pass” (p.91) in how the various measures have been implemented over time. While nominally offering different views, these parties which still dominate the mainstream political system merely disagree of minor aspects of how to run our lives.

Opponents of neo-liberalism of various stripes can find much to praise in Dean’s treatise but from an anarchist point of view there are sections where we probably have to part company with him. He correctly highlights the decline in youth voting as an indication of disengagement with society at large. There is a definite degree of apathy out there. There is a crude form of what could be construed as ‘anarchism’ that tells people not to vote and outsiders would assume views this youthful non-participatory trend in a favourable light. Correctly understood, there is an important difference between this straw figure version and the reality. We would not follow Dean in wishing to tackle neo-liberalism as a starting point for re-engagement and participation with the system. We don’t support apathy and a disengagement from politics any more than Dean does. Instead we see not voting as a positive element of a deeper project of informed political commitment to removing the system. We want to replace it with a democratic economy that we believe no alternative form of capitalist tinkering can provide.

As an English Lit major Dean has a finally tuned ear for the bullshit and jargon that has accompanied neo-liberalism. Establishment political discourse definitely “…now sounds more like an advertising campaign for an insurance company-‘Vote Positive!’-than it does anything that would run the risk of changing the way we think and act” (pp. 101-102). When listening to John Key [Prime Minister at the time this book was written] and his minions you heard talk of ‘nudges’, ‘policy settings’, and finding the right ‘positioning’, as the author says, this is hardly inspiring stuff. So what does Dean offer as an alternative? In truth, not much and what little there is, is well meaning but vague. He suggests the abandonment of a political philosophy that values discomfort, its replacement by greater economic participation, an end to anomie and atomisation and an increase in aroha. In fairness Dean admits to not being deeply politicised, he is in that sense still a child of Ruth and Roger rather than an orphan. His short essay does a lot of admirable work and is encouraging in showing that not all among his age cohort are apathetic. However, this isn’t a substantive blueprint to get us out of the current mess and it doesn’t claim to be. That important work remains to be done. In the meantime, Dean is worth reading as a reminder of how we got to where we are and how people have been personally impacted long-term by the Mother of All Budgets, a story with great merit in itself. 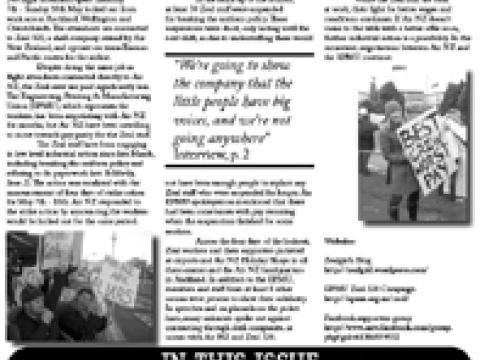 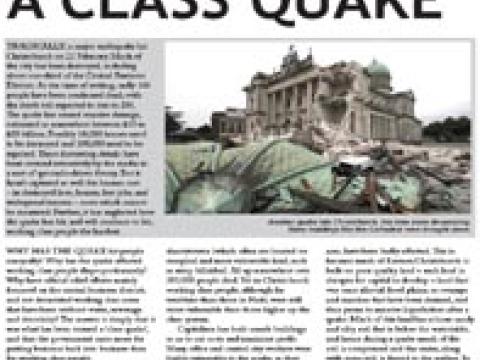 The 14th issue of Solidarity, free newssheet of the Aotearoa Workers Solidarity Movement. Download the .pdf below (1.12MB), or visit the AWSM… 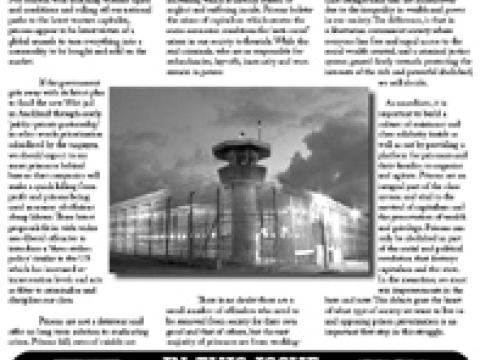 The tenth issue of Solidarity, free newssheet of the Aotearoa Workers Solidarity Movement. Download the .pdf below (0.99MB), or visit the AWSM… 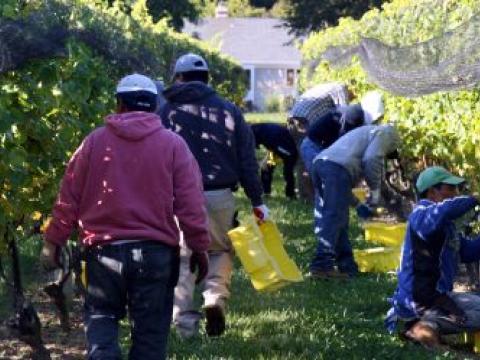 On Friday 22 July some forty contracted pruners and wrappers went on strike against our contractor, Kiwi Bunkhouse, Ltd.