Tips and advice on how to write a review of a book or pamphlet.

Book reviews. If you write or publish anything reviews can be a gain or a pain. Even the pain of negative feedback can sometimes help. To readers they can be a warning, a source of information, or the leaping-off point for research and discussion. Just like there never seems to be enough books in the world, there's never enough reviewers, and it's a good way to develop critical writing skills.

Why
There are several reasons why you might want to review something. Maybe you know the author.

Maybe you want a free book. Neither is automatically a bad thing, as long as you can do a reasonable review. At least one of the following should apply:

How
Just as you should think about why you're doing a review, you should ask why this book was written. This is probably more important than all the ins and outs of what goes on. Books get written on all sorts of subjects, but they all have their own axe to grind or point to prove. It might be 'rebellion is natural' or 'human ingenuity knows no bounds' but try and see if you can find it and sum it up in a couple of sentences.

Your reader will want to know what you think of the book. Is it good or bad? Did you find it useful or annoying? Explain why. Is it infuriating because they don't say where quotes come from? Or because they think quoting big names proves something: 'Socrates! Well that's OK then!' as John Barker says (in Frankenstein and the Chickenhawks.)

Try to give people some grasp on what's going on if they do go and read it. Reviews of books that no one else will ever find can be interesting too, because they communicate some of those ideas again. In this case you can be less wary of saying what happens in the book - though of course, it will help if you appraise it too.

It's sometimes a good idea to lift examples from the book to show how they write or what point (they say) they're trying to make.

Comparing and contrasting two books that are connected (e.g. a personal account and a historical overview of the same events) can be much easier than starting from scratch. You can also use your imagination to connect two different books.

Sometimes the book you're reviewing is only a jumping-off point. John Barker's review of Tom Vague's Anarchy in the UK (on the Angry Brigade) is partly concerned with why it's not a very good book; mostly it's concerned with what it was like to be an activist in the early seventies.

If you don't have in-depth knowledge of a subject, that needn't stop you reviewing a book about it. You could still use your common sense to discuss the subject, as well as what writers think.
Try to be interesting but don't pad it out and don't worry if that means you end up with a short piece. Watch out for running off at a tangent. Sometimes that can be a good response to a bad book, but maybe stick to one tangent at a time!

It's always a good idea to someone else to read your review; preferably someone who hasn't read the book.

By the Kate Sharpley Library 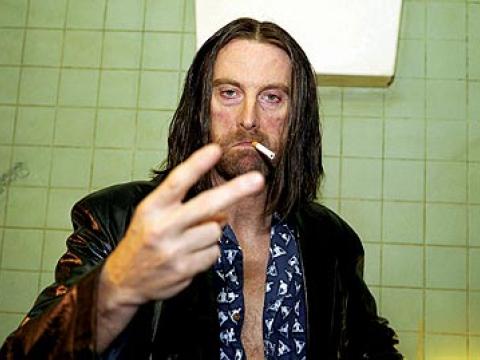