Translations of the back jackets of the two newest Tiqqun reissues, as well as of The Coming Insurrection.

Everything has failed, Long live communism!

The communist question does not return: it has never left us. It’s occidental man himself who has brought it everywhere, in bringing everywhere his madness for appropriation. “Communism” is the name of the possible that opens each time and in every place where appropriation fails- in a wildcat strike, a ravaged planet or an ecstatic feminism. That is to say that the sentiment of disaster that haunts us is born first of all from the difficulty that we feel in finding the passage, in forging the language, in embracing the destitution where we come to seize a completely different possibility of existence. Which means that communism is very much not an hypothetical affair or an Idea, but a terribly practical question, essentially local, perfectly sensible. The texts assembled in this volume, and all the work of Tiqqun, only explore this dimension of experience that we guess at without knowing how to live in. “The solution to the problem that you see in life is a way of living that makes it disappear.”

Contributions to the war in progress

As the unionist bureaucrats have nothing so much to fear as the effective emancipation of workers, intellectuals have no worse enemy than truth, which would put them out of work. Their function, in our days, is rather to accompany with their chatter the creation of events - like “September 11”, or at present, “the crisis”- by which Empire justifies the accelerated putting into place of its planetary apparatuses. Naturally, there is another use of intelligence. One recognizes its productions without trouble: the epoch honors them with its wounded silence. No one has thought to flatter Tiqqun- and above all not its own partisans- to have seized with such a premonitory lucidity the physiognomy of the times, its lines of force and its points of weakness. Being right means very little. What is important is to act in consequence. Now it’s truly this fact that makes of Tiqqun, after ten years, something completely different than a review- with a printing erratic enough in appearance to have thought it defunct: a piece in a plan of consistence that has not ceased deploying itself in extension, depth and intensity. That lives should be tied to what was recognized there as truth is a sufficient injury to the reigning cynicism for IT to treat them, henceforth, as “terrorists”.

Each specialized sector of knowledge has, in its own manner, made note of a disaster. The psychologists attest to worrying phenomena of the dissolution of the personality, of a generalization of depression that turns, by points, to the passage of insane acts. The sociologists tell us of the crisis of all social relations, the implosion-recomposition of families and of all traditional ties, the diffusion of a vague mass cynicism; to such a point that we find henceforth the sociologists putting in doubt even the existence of any “society”. There is a branch of economics- “non-autistic economics”- that is tied to showing the nullity of all the axioms of the pretend “economic science”. And it is pointless to refer to the evidence collected by ecology to lay out the record of the natural catastrophe.

Apprehended thusly, by specialty, the disaster mutates into so many “problems” susceptible to a solution or, lacking that, a “management”. And the world can continue on its tranquil course to the abyss.

The Invisible Committee, on the contrary, believes that all the turmoil that agitates the surface of the present emanates from a tectonic cracking in the most profound abodes of civilization. This is not a society that is in crisis, it’s a figure of the world that passes. The reek of despairing fascism that accents the epoch, the national arson of November 2005, the rare determination of the movement against the CPE, all this is evidence of an extreme tension in the situation. A tension of which the formula is the following: we intuitively perceive the dimension of the catastrophe, but we lack all the means to face it.
The Coming Insurrection tries to liberate from each specialty the content of truth that it retains, in proceeding by circles. There are seven circles, be it understood, and each grows larger. The self, social relations, work, the economy, urbanity, the environment, and to close, civilization. Liberating the truth from such contents, this is most often to say: overturn the evidence of the epoch. At the end of these seven circles, it appears that, in each of its domains, the police are the only issue in the midst of the existing order. And the stakes of the next presidential elections leads to the question of knowing who will have the privilege to exercise terror; in so much as politics and police are from now on synonyms.

The coming insurrection brings us out of thirty years where one has never ceased to repeat that “we can not know what the revolution will do, we can foresee nothing”. In the same fashion as Blanqui could design plans for an efficacious barricade before the Commune, we can determine which paths are practicable to leave this existing hell, and which are not. A certain attention to technical aspects of the insurrectional path is therefore not absent from this party. All that we can say of it here is that it revolves around the local appropriation of power by the people, of the physical blocking of the economy and of the annihilation of police forces. 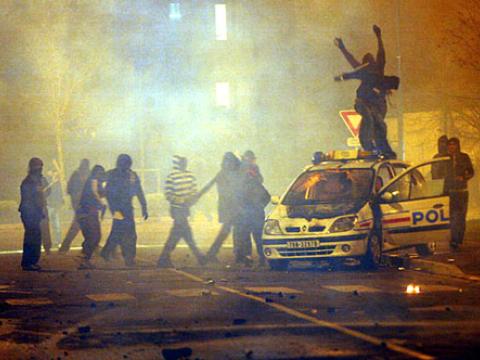 Theses on the Imaginary Party

English translation of the theses appearing in Tiqqun 1 in 1999. 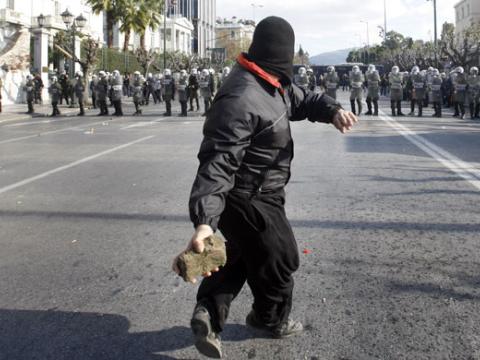 This is not a program

Translation of a text appearing in Tiqqun 2 in 2001. Available in the pdf below. 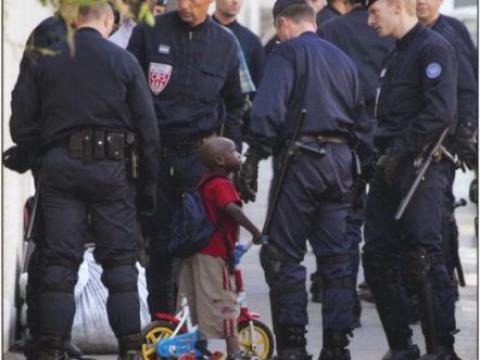 The Great Game of Civil War

English translation of an ironic text sympathetic to the views of the Imaginary Party. 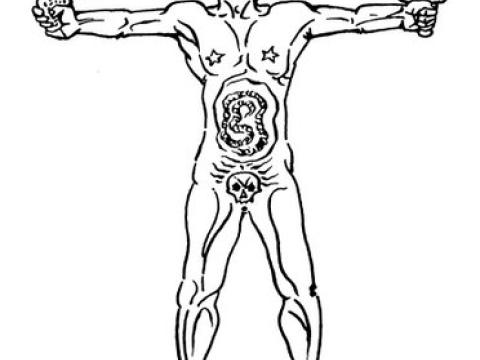 The Problem of the Head

Translation of a critique appearing in Tiqqun 2 in 2001.