The Brothers Parkhomenko: a tale of the Russian Civil War

The story of the Parkhomenko brothers, symbolic of the fratricidal struggle of the Russian Civil War

(1) Artem Ermolaevich Maksiuta (nicknamed Grandpa) (ca. 1867 - 15/05/1919). Became anarchist communist in his fifties. Senior electrician on the cruiser Ochakov in December 1917, the chairman of the ship committee in April 1918, commander of the red sailors in the Crimea in 1919, Makhnovist commander May 1919. One account describes him as stocky, with long greasy hair and a stud in one ear. Soviet literature seems to confuse him, perhaps intentionally, with Grigoriev's right hand man Ivan Iovovitch Masenko. Also again described in some accounts as horse thief!

In the Soviet movie "Alexander Parkhomenko", Makhno is portrayed as an accordion-playing, hard-drinking, mawkish psychopath. But, with the distinguished actor Boris Chirkov in the role, he evoked a positive reaction from Soviet audiences which was quite unusual for the agitprop films of that era.
In 1970 a "restored" version of the film was released which was shown on Soviet TV. About 30 minutes had been cut from the original, mainly cutting out the seamier parts of Parkhomenko's biography and minimizing his interaction with Voroshilov and Stalin; his end was also further distorted.

A short account of the role of the Black Sea Greeks in the Makhnovist movement. 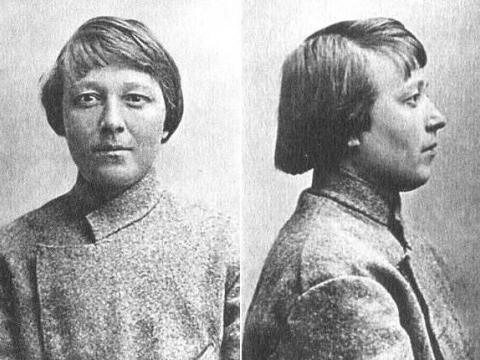 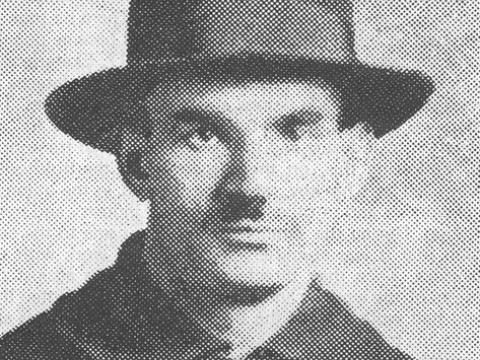 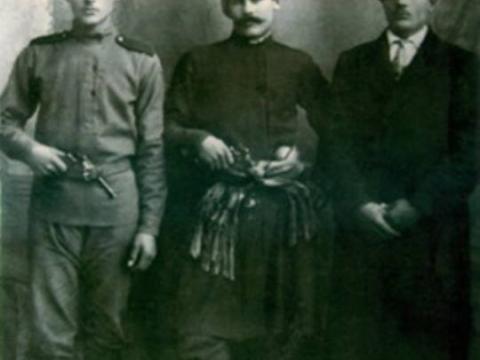 A short biography of Svirid Kotsur and the independent soviet republic of Chyhyryn.