This article was originally in Black Flag #208, published in 1996. It was written by a member of the grassroots Communities Against Toxics, who publish ToxCat.

Phthalates, dioxins, other chemicals and infants

On the same day that the government announced its £7m payment to the Thalidomide Trust, Shanks and McEwan (who own ReChem) gleefully told the media that they were in pretax profit again. And ReChem, after losing £388,000 in 1994, had made pretax profits of £418,000 in 1995. Yet Rechem, who "sue and bruise easily", are one of many filthy firms who make it their business to guarantee the need for future incarnations of the Thalidomide Trust, and for ever larger segments of our population. In 1990 the Welsh Affairs committee recommended, on the basis of extreme levels of PCB at Rechem, Pontypool, that Ã’major incinerators are not in future located near residential areas. PCBs and dioxins have no safe threshold level, and are the cause of various deformities in newborn babies around the Rechem plant (though legally the victim must prove harm, with no pressure on industry to prove their case - see the recent farce over BSE). These deformities include microphthalmia (no eyelids), and anophthalmia (lack of an eye). Other problems, all seen throughout Britain at this time, and also linked to incineration, include limblessness and skull-plate deformities. In adults, chloracne, cancers, immunological problems, and reproductive failures (in men and women, the former suffering reduced sperm counts and deformed sperm, the latter suffering, in extreme cases, intersexuality, wherein the "woman" has both female and male genitalia inside herself, neither functional) are amongst the terrible health effects of proximity to these toxins. These chemicals are becoming common throughout the environment, and no longer just in industrial areas. When we reach the "population threshold" (ie; when the localised effects spread until they join up, making the maps of toxics one big red danger zone), who then will be able to afford "charity"? Despite which, yet another urban incinerator (SELCHP) was opened in Bermondsey, South London, only two years ago - and another is proposed for Woolwich.
Still, June is a good month for scare stories, a prelude to the silly season - as Shanks and McEwan announced their wonderful profits, and the government finally coughed up a little more for the victims of Thalidomide, the US Environmental Protection Agency announced that pesticide use in the USA had reached record levels. According to the Natural Resources Defence Council, which compiled the information for the US EPA, 544 million kilograms of pesticides were sprayed on crops and grassland in the year up to March 1995.
"Many of these chemicals are acutely or chronically toxic, cause cancer, birth defects, are endocrine disrupters and can cause severe adverse environmental impacts," said an official with the NRDC.
But so what! We know from bitter experience that this will make little difference to the capitalist industrialists until it is even more totally too late.

"The Land is Theirs" 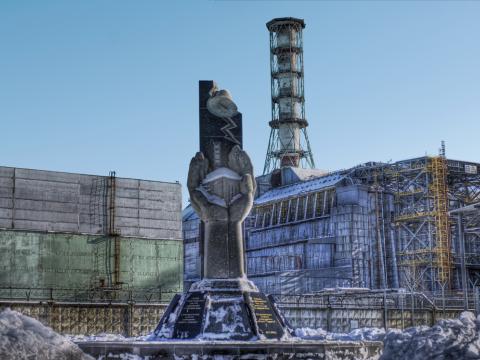 A powerful post-Chernobyl critique of nuclear power, its fallout, the science and society that produced it: a critique that remains,… 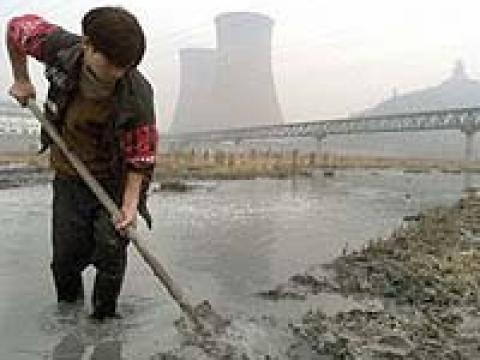