To the Ci-Devant Dynastics - Joseph Déjacque

A poem by Joseph Déjacque about the French Revolution.

Like a stone in the hands of a vigorous Alcide
Crosses far off the space where revolt guides it;
That I can't do the same, pains me to my heart,
To make my verse bound at the brow of the impostor,
With the stone of my hate to bloody his face;
And, eyes blazing with an ardent menace,
Like a phantom wandering in the night of complots,
With my civic torch to light up the battlefield;
And with my breath finally, like a lightning-bolt of flame,
To pulverize with a blow their vile politics!

Ah! you preach war, O Girondist bastards!
You come to be an insult to the work of the Montagnards
In the trough of scorn when our just angers
Leave to stagnate in peace your unpopular names
When on so many crimes young liberty
Casts the great mantle of fraternity;
And, from the height of power, when our Republic,
That child of Heaven, of the political code
Wipes away with its hand the torture of death.
You regain courage and forget remorse;
You believe that the people, forgetful of your crimes,
No longer have a pillory to avenge the victims,
That the moment has come, tartuffes of July,
To try anew your argot de banquet;
That of Ledru-Rollin the noble circular
Can under your venom, that viper's weapon,
Serve to give birth still to Scipios!
— Miserable man-servants of your own ambitions,
We see you each day by your polemic
Seek to disunite from our Republic
The best citizens, the glorious tribunes.
You praise these, you pet these ones,
You play at terror, alarm with the others.
— Disciples of the past, of egoism apostles,
No, you have at heart no generous impulse.
And more than the likes of Guizot, you are the lepers;
Of the liberal poison, gangrenous to the very soul,
You still preserve the moth-eaten program?
And, bourgeois by nature and by instinct bourgeois,
You have learned nothing of the lessons of the past,
Listen!... And look, men of the prison and the rope,
If you want from us war or mercy;
As in '89 a solemn oath
In February last, mounted up to Heaven.
On the bloody cobblestones the great public voice
Has proclaimed this: France as a Republic!
What it proclaimed to the echos of Paris,
It is not a vain word: the people have understood it.
What they want from now now, they who hunger racks,
It is bread, a shelter for the one who labors;
It is labor for all, for all liberty;
It is government of brotherhood;
It is equal rights, and common responsibilities,
Light for the arms, heavy for the fortunes;
It is that each of us, artisans from necessity,
Be honored for themselves, for what they can bring,
And not for their gold, their idle opulence ;
What it wants, and wants very much! is that at the heart of France
All those vile apostates tremble at its very name,
And that they seek in the shadows forgetfulness, grace and pardon.
Now, it is good that one knows and remembers it
That if in the Assembly there proved to be certain
Judaic figure, object of our clamors,
These Thiers and these Barrots, political jugglers,
It could happen, as in 93,
That the terror goes out from its bed of fournaise;
That for people of blue the stormy horizon
With its lightning in wrath strikes the treason.
We do not want it. We think that the pikes
Much less than the iron collars serve the republics.
That is why, each day, to the post of scorn
We will fasten your names, jesuitical bandits;
It is in order to avoid bloody justices
That we unveil your crimes and your vices;
Certain that it only needs a moral gibbet
In order to stifle in you the power of evil.

People, my voice is bitter, and my heart alone inspires me;
But the lyre always supported satire.
By it sustained, I want on every road
To flog our felons with my fiber of bronze;
As well as the remorse at the bedside of the alcoves,
I want, but at the great day dragging their tawny face,
Like a prison brand emerging from the inferno,
To imprint on their flesh my ferule of steel;
On the infamous stand where my pen counts them.
To make flow all and all their shame,
And to pull on the rack with their rags
Their names and their honor torn to bits;
And, as in the last days the supreme judgments,
Make to thunder on them vengeful anathemas!
Let! as formerly the strength to Samson
God give to my voice the resonant diapason;
And with our Philistines, like the ancient Hercules,
Bury me, if necessary, under their last portico! 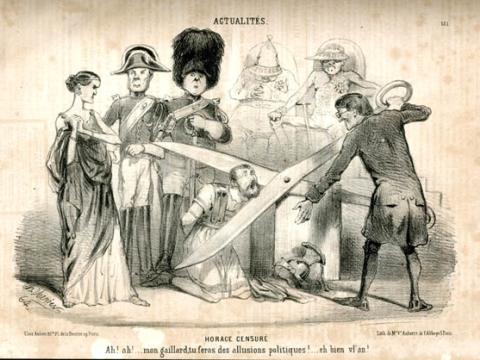 The trial of Joseph Déjacque 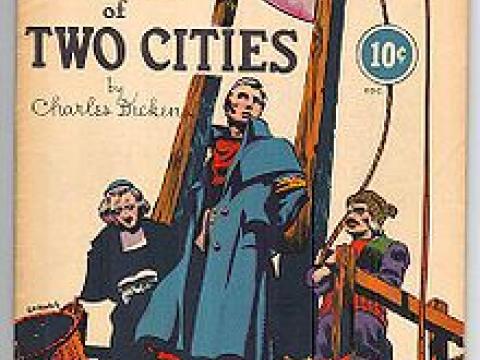 Novel about the plight of the French peasantry in the years leading up to the French revolution, and the parallels with life in London. Arguably…
Image 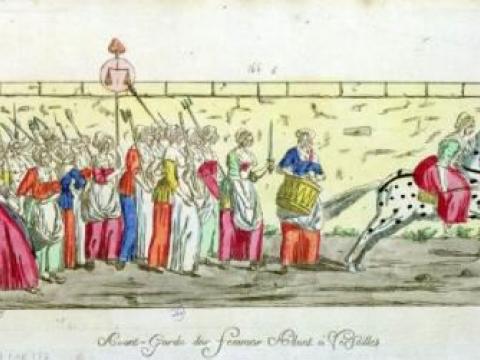 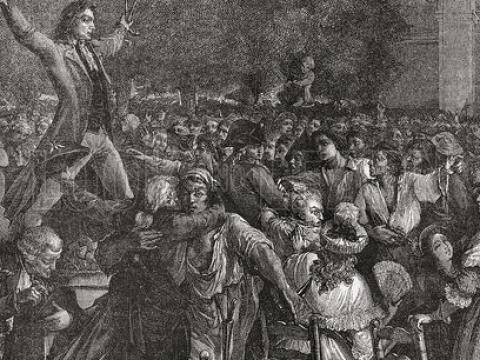