Ignacia Cobos was born at Jerez de la Frontera on 30th September 1909. She came to hate her first name and changed it to Maria Luisa. She started work very young as a housemaid then worked in the markets.
In 1931 she joined the CNT which was the most powerful union central in the area. She was then living in free union with the FAI militant Cristobal Vega Alvarez. From 1931 onwards, with the coming of the Republic she worked to build up the CNT among the clothing workers and the domestic workers, where most of the local population worked.

She adopted an emancipated attitude from early on. When someone commented in the street that she should not be wearing dark stockings, she turned and confronted him. On another occasion a rich man said in the market place that the people were like a rotten snake. She struck him across the face.
On another occasion there was an eviction and the neighbours began to call out “Send for Maria Luisa. When she got there the furniture had been returned to the house!

She was put under preventive arrest with the general strike of January 1933 alongside many other militants of the CNT and FAI, including her new partner Juan Pedro Gonzalez Gomez, secretary of the local federation of the FAI. The same year she founded a mixed group (women and men) which continued up until September 1934 when she was arrested and deported to Cadiz.

She took an active part in the abstention campaign initiated by the CNT during the November 1933 elections. She started becoming known as “The Communist” and came to the attention of the Jerez police.

The appearance at the mixed group of men who turned up just to chat up the female members convinced her that there was a need for a group composed only of women. When she was able to return to Jerez in 1936 she founded such a group with Antonia Cantalejos, the Avelina sister, Carmen Diaz de la Isla, the Leal sisters, Consuelo Labrador and Ana del Valle among others. This was the syndicat Emancipacion Femenina which after a few weeks had more than 200 members.

At the same time she carried on an intense correspondence with the magazine Mujeres Libres (Free Women) and its editor Lucia Sanchez Saornil, becoming its correspondent in Jerez.
This work ended with the fascist insurrection. In Jerez there was no armed resistance. Nevertheless, many anarchists and socialists and homosexuals were murdered, including Maria Luisa’s 18 year old brother, also an anarchist, who worked as a cinema projectionist. Maria Luisa herself managed to escape and reached Ronda where with the help of the local revolutionary committee she organised a branch of Mujeres Libres and a union of women clothing workers also called Emancipacion Femenina which started making uniforms for the militia columns.

When Ronda was occupied by the fascists on 16th September 1936 Maria Luisa fled to Madrid where she was re-united with her partner and where the couple stayed until spring 1938. Whilst in Madrid she played an active part in Mujeres Libres and had a key role in setting up an ML group in Tarancon (Cuenca). In April 1938, she left for Barcelona, where the previous March her partner Juan Pedro Gonsalez had been named commissar of the 149th Mixed Brigade.

With the defeat of the republic in January 1939 she and other members and families of the 149th Brigade were driven in trucks to the border at La Junquera.

After entering France she at first avoided internment before finally being arrested and sent to a women’s refuge in Besançon. At the beginning of 1941 she was transferred to the concentration camp at Argelès-sur-Mer. Fearing that her partner would be sent as a slave labourer to Germany, and because neither had been involved in any executions of fascists, the couple decided to return to Spain. They applied for passports at the Spanish consulate in Perpignan, and at the end of November 1941 took a train for Barcelona.

Thanks to her contacts she managed to get a flat and a job as a servant. Following a denunciation by her employer she was arrested in November 1943. Freed at the end of December, she was arrested anew in January 1944 and again in February. To evade the enquiries being carried out about her by the Jerez authorities, she moved to Madrid where one of her sisters lived. She survived for a month by selling flour on the black market and visited her partner who had been detained in the Porlier prison, where he was serving a twenty year sentence.

On the 4th June 1944 she was arrested and interrogated by the Politico-Social Brigade and did not deny her anarchist activism. She was put in the prison of Las Ventas then on 21st July transferred to Jerez.
She was tried before a court martial on 26th January. She was accused of theft of money, of assisting military rebellion, and of being a member of the Spanish Communist Party. The last charge she denied vehemently, saying that she believed in libertarian communism and as an anarchist was a rebel against all authority. Condemned for having taken part in violence committed at Ronda she was sentenced to 6 years in prison. She did not serve the full sentence because of the time already spent in detention. She was again arrested in June1948 and imprisoned in the Las Ventas prison, from which she was finally released in September 1949.

After her release she earned a living by selling churros and newspapers and mending clothes. On several occasions she and Juan were invited to join the Francoist controlled trade unions. They always refused.

She died in her sleep at Jerez in 1973. A street there has now been named after her. 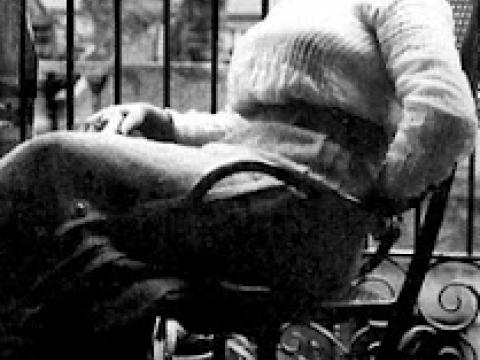 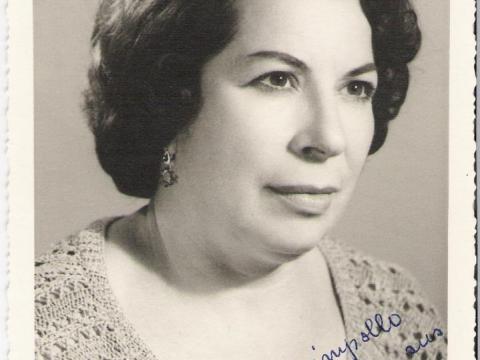 A short biography of Concha Liaño, one of the founders of the Spanish anarchist women's movement Mujeres Libres