Root & Branch, a US Libertarian Socialist journal, relaunched in 1978.
Here they outline their common perspectives and introduce the latest issue.

After eight years of sporadic publication, Root & Branch will now appear quarterly. Since its inception, Root & Branch has undergone both growth and contraction as people who worked with us for a while left to pursue interests elsewhere. At one time it was nearly defunct. During the past two years, however, a more or less stable group of about 12 people have coalesced and breathed new life into Root & Branch. At first our purpose was simply to discuss among ourselves what we saw as important ideas and new political developments, topics such as: is there an energy crisis, is housework surplus value-producing labor, the strikes in Spain and Portugal, the value-price transformation problem, what is Socialism, the occupation at Seabrook, N.H., the current state of the economy, what does “class” mean, and many more. As one would expect, these discussions led to disagreement and controversy about basic points as well as incidental ones. They were as ultimately invigorating as they were often frustrating. Through these discussions, many of us, mainly for purposes of self-clarification, were encouraged to write down our own ideas about these and many other topics. From this, the idea of renewing publication of Root & Branch emerged quite naturally. It was the growing belief that we could contribute fruitfully to ongoing debates on social issues, however, that finally provided the impetus to actually produce this inaugural issue of the new Root & Branch.

During the past several years it has become increasingly clear that the capitalist world is entering a period of profound social crisis. This is evident through the gradual emergence of myriad phenomena: simultaneous high levels of inflation and unemployment, the spread of urban decay, economic stagnation, currency turmoil, trade imbalances, an increase in social violence, farmers’ strikes, the replacement of a common notion of the general good by uncountable special interest lobbies, etc. This deepening crisis brings with it renewed possibilities of revolutionary activity. In this context, discussions about the nature of capitalist society, the origins of the present crisis, and the future possibilities of creating a new socialist society take on a more concrete and practical meaning than they would otherwise. The desire to participate in such discussions, and in the activities which will emerge from them, is, ultimately our principal reason for wanting to publish Root & Branch once again.

We have, as you will see in this and subsequent issues, conflicting opinions concerning these topics. But there are several basic ideas which we share and which will give a common perspective to the articles that appear on these pages:

• in our attempt to understand current and past crises, we make use of Marx's theory of capital accumulation;

• we believe that the development of social relations in capitalism creates the practical possibility of socialism, since capitalism creates both individual producers who have no formal bond (i.e., master-slave) tying them together, and the mutual interdependence of each on the other for the material necessities of survival;

• we believe that the transformation of capitalism into socialism can occur not through hierarchical forms of organization, but only through the direct cooperation among workers; and

• we believe that such cooperation will arise from necessity in the common attempt to survive a capitalist crisis rather than from a shared ideology. In our opinion, this viewpoint provides the most fruitful approach to discussing and solving the problems we all face.

In the current issue we discuss several important topics: the “revolt against work” ideology popularized by John Zerzan, Zerowork, and others; the revival of the Confederacion Nacional de Trabajo (CNT) in the context of the reemergence of working class movements in Spain; the current economic crisis and the possibility of revolution; and the question of whether professionals, technicians, etc., constitute a new class.

The notion of a revolt against work itself had its origins in the spread of industrial sabotage and absenteeism in the early 1970’s, as well as in the popular debates concerning the “blue collar blues.” These events were seen as marking a fundamental change in working class attitudes and activities which would quickly lead to new working class organizations struggling, not just to kick the capitalists out of the work place, but to abolish work. In part at least, this new theory represents another attempt to explain the absence of revolutionary movements in the past while maintaining the basis for hope in their possible emergence in the future. In his critique of the ‘revolt against work’ theory, Charles Reeve shows that, far from being a new phenomena, sabotage and absenteeism are as old as the working class itself. Reeve further contends that today such activities are manifestations of workers’ weakness,and have grown out of an economic situation which is now disappearing. On the other hand, D.J.'s brief essay, “The weakening of the Work Ethic,” points out that large numbers of the younger generation of workers have rejected their parents’ belief in the intrinsic virtue of work, taking jobs only because they need an income to survive. Together, these articles point to a complex reality in which today's workers engage in activities similar to those of previous generations of workers, but for different reasons.

With the ending of the Franco era, Spain has entered a period of intensified political activity, including the development of numerous strike movements, the expansion and legalization of vanguardist/reformist parties of differing political persuasion, and the revival of the CNT In “Spain: Some Aspects of the New Workers’ Movement,” Jorge and Paco describe some of the dimensions of the recent strike movements in Madrid, Barcelona, and elsewhere, the attempts of the Spanish Communist Party and other parties of the left to contain the strikes, and some possible consequences of these multi-sided conflicts. They conclude that while the Communists and other reformist parties will probably succeed in directing worker activities toward traditional trade union demands, the striking workers have gained invaluable experience in autonomous radical action. In addition, Jorge and Paco examine the re-emergence of the CNT as a political force among the working class, but they note the growing dispute within the CNT between the old-time syndicalists and the younger anarchists. Two interviews, [one] with J. Gomez Casas of the national committee of the CNT, and the other with two CNT militants from Barcelona, further illustrate this controversy. A third interview with several members of Mujeres Libres shows how some CNT women are attempting to integrate their struggles as women and workers. Although the interviews are a year old and don’t necessarily reflect the current state or problems of the CNT, this collection presents an interesting picture of the convoluted development of some Spanish workers’ movements.

In an interview for the Italian newspaper Lotta Continua, Paul Mattick discusses the current economic crisis and its causes, the reformism of the so-called Communist parties, and the possibilities for revolutionary activity. The roots of the current crisis, Mattick argues, are to be found in the inability of Keynesian inflationary techniques to restore capital's lost profitability and thus permit a renewed period of expansion and accumulation. The prospects, in his view, are for continued decline. The chances for revolutionary upheavals in the major capitalist centers remain slim, however, since necessity, not ideology, “bring the masses into revolutionary motion.” The necessity for revolution arises when the crisis has produced widespread social disintegration. The ideas outlined in this interview follow the major themes developed in his writing over the past fifty years. American readers can most readily find a more detailed discussion of these ideas in his book, Marx and Keynes: The Limits of the Mixed Economy (Boston: Porter Sargent, 1969).

Leftists always seem to be inventing new class theories or revising old ones. Recently, Barbara and John Ehrenreich have attempted to show that professionals, managers and technicians constitute a new class that has emerged in the 20th century. In criticizing their argument, Gary Roth, a Root & Branch member, draws a clear distinction between Marx’s notion of class based on the relation to the means of production and modern sociological definitions of class based on categories of income, culture, heritage and ideology.

We said above that Root & Branch would appear quarterly. We believe that this is a realistic goal; the next issue, due in mid-May, is already on the drawing board. But we certainly can use your help. First of all, let us know what you think of this issue, both positive and negative. Secondly, if you have written, are writing, or planning to write an article which you would like to see printed in Root & Branch, send it to us and we'll consider it. Thirdly, we need money to continue doing this. If you can contribute anything, please do. Ultimately, Root & Branch, like any other small leftist publication, depends on your intellectual and financial support for survival. Thanks.

We believe that such cooperation will arise from necessity in the common attempt to survive a capitalist crisis rather than from a shared ideology. In our opinion, this viewpoint provides the most fruitful approach to discussing and solving the problems we all face. 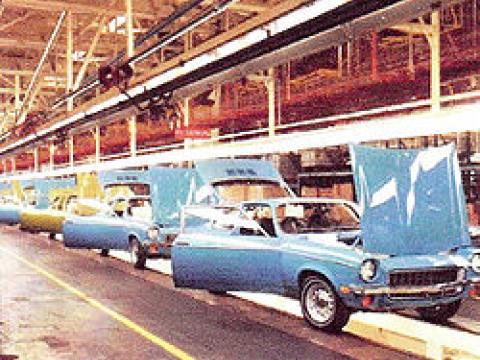 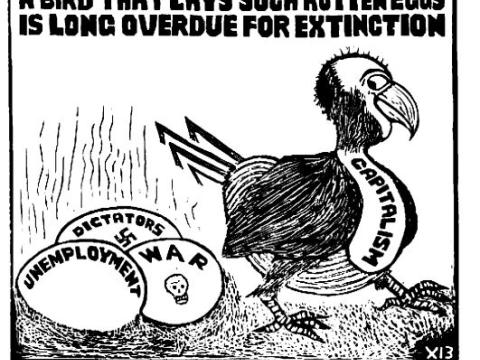 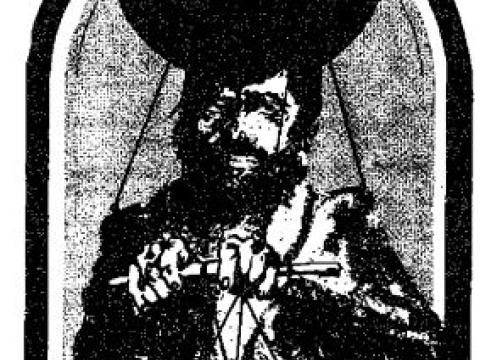 Review of Georg Lukacs' History and Class Consciousness for issue #4 of Root & Branch, a U.S…
Image 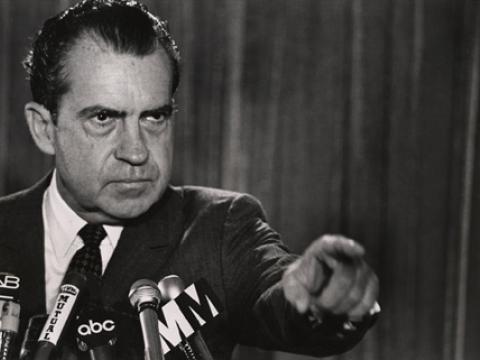 Eve Smith discusses the aims and effectiveness of Nixon's economic policies on the working class in the America.