George Cores was born in St Georges in the East End of London ion the 20th September 1867. His father, John Henry Christopher Kors, was born in Hanover, Germany.Illiterate, he worked in a sugar refinery in the East End until he died of lung and heart disease at the age of 38. George grew up in dire poverty.

.He came in contact with socialist ideas in 1883 when he saw Justice, paper of the Social Democratic Federation, in newsagents in Globe Road in East London. He appears to have become involved in the activities of the Labour Emancipation League, affiliated to the SDF, where he met Joseph Lane.

By 1887, he was secretary of the Hackney branch of the Socialist League which also included William Wess and Joe Lane. He served as its librarian in 1899. He spoke throughout 1899 at Clerkenwell Green, outside Hoxton church, on Gibraltar Walk and outside the Salmon and Ball in east London. He became a specifically anarchist propagandist in late 1889 and 1890. In September 1899 he incurred a month’s imprisonment as a result of the free speech agitation in Yarmouth (see Revolt in a Norfolk seaside resort: anarchist-communism in Great Yarmouth here at libcom).

He spoke regularly in 1890 on the Mile End waste and at Union Street off Commercial Road. The Commonweal reported him as speaking at very successful meetings in Victoria Park on Sunday afternoons where many copies of the paper as well as pamphlets were sold. He was also one of the many speakers at the May Day rally in Hyde Park organised by the SL. He addressed three large meetings in Braintree, Essex that year and together with Johanna Lahr started a speaking pitch at Stratford. This was soon shut down by the police however.

In the summer months he spoke in Leicester, Sheffield and Nottingham where he ended a large meeting by rendering a revolutionary song. He attended the Socialist League conference at the Autonomie Club in Fitzrovia, London in August 1890.He was active throughout autumn and winter of that year and into the next addressing meetings and distributing propaganda in Leeds. He was one of the Leeds speakers listing themselves available to speak, giving his own specialities as The Coming Change in Society, The Fraud of Politics, Why Pay Rent, Trades' Unionism and Socialism,Socialism, its Aims and Methods. In August of 1891 he addressed a large meeting in Hull.

He took part in discussions with the recently created Freedom group. He moved to Leicester in1892 where he combined his brief stay as a laster in Leicester with his activities as occasional editor of the Commonweal after editor when David Nichol , its previous editor, was arrested for incitement to murder) He then moved to Walsall where he co-ordinated support of the imprisoned Walsall anarchists. He mysteriously left the Commonweal, probably after a quarrel with the politically suspect H. B. Samuels.

In January 1893, Cores and Billy Macqueen responded to the cry of “Hurrah for Anarchy” from the Birmingham gasworker Christopher Davies at his trial in Birmingham. They were severely beaten by the police, arrested and charged with disturbing the proceedings of the court and released with a caution.

In February 1893, he got work again in Leicester and was active in the unofficial strikes in the boot and shoe trade. He was a member of the Leicester branch executive of the National Union of Boot and Shoe Operatives (NUBSO) where he and T.F. Richards fought against the domination of William Inskip. He took an active part in the unofficial shoemakers’ strikes. Cores was to propose to No 1. Branch of NUBSO the resolution that: “Hundreds of unemployed who are able and willing to work are in such a state of starvation that they will be compelled and entitled to take the means of subsistence by illegal methods unless help is speedily forthcoming”. There was uproar within the crowded meeting but Cores won the motion.

He was a delegate to the Trades Council and was secretary of the organising committee of Leicester’s first May Day demonstration in 1893. The Trades Council took over the organisation of these events from then on. He was also involved in the establishment of the Leicester Labour Club in May 1893.

In 1911 he began contributing to the Notes on the front page of Freedom with the encouragement of Alfred Marsh.

He clashed with Tom Keell over the latter’s editorship of Freedom in 1915 and an on-off dispute continued between them into the 1930s. He was unhappy that Keell eventually took Freedom away from London to the Whiteway Colony in Gloucestershire, where it dwindled in size and regularity. As a result he decided to bring out Freedom himself along with John Humphrey (see the biography of Humphrey here at libcom for more details of this venture). It then continued to publish as an eight page paper until August 1936. It appears that Cores and Humphrey did not always get along, according to a letter from Mat Kavanagh to Tom Keell.

Cores was out of step with the majority of the British anarchist movement over WW2 and his attitude to it was considered dubious. As a result he found himself estranged from the movement.

After WW2 Cores made contact with Anarchist Federation (later the Syndicalist Workers Federation) of Ken Hawkes and Tom Brown and remained in contact with them. He died on 20th September 1949 in Willesden having recently completed his Personal Recollections of the Anarchist Past.

Donald Rooum remembers coming down to London from Yorkshire where he was met by Cores who put him in contact with the anarchist movement there. He recalls him as being well turned out in a bowler hat and bright blue suit. 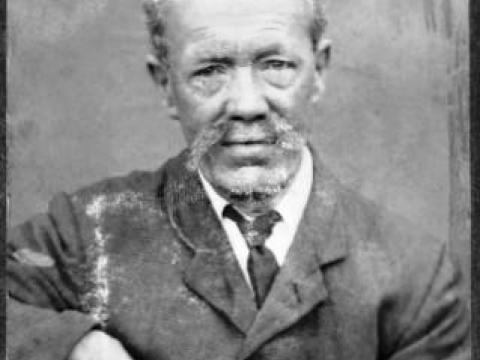