EDITOR'S NOTE: Following is a first-person account of Gil Navarro, a survivor of "Operation Missing Link." He has since left the underground movement.

IT BEGAN with an invitation to a labor conference in a guerrilla zone.

Our group of five reached a New People's Army camp in Laguna on July 1, 1988, after taking a circuitous route that took us to McDonald's in Ayala Alabang, to San Pablo City, to Liliw, and to Sta. Cruz.

I was then 26 and the secretary of the Communist Party of the Philippines' section organizing committee in Calamba, Laguna.

At about 8 p.m. in Bai, Cavinti, we were made to sit in front of Dex and Aris at a small table with a gasera (gas lamp). Suddenly, somebody shouted, "Heads down on the table!" and rifles were pointed at us. Three of us were blindfolded and chained and ordered not to talk.

Later, we were made to walk in single file for 10 minutes. When our blindfolds were removed, we saw that we were standing before wooden cages that were to serve as our cells.

We were given new names. Mine was Marco.

The next morning, I noted that there were about 10 cells with prisoners, about 10 meters apart, covered with plastic sheets. I heard the voices of a woman and a man in the cells to my right. The youth organizers whom our group had met in Sta. Cruz on the way to the camp were in the cells to my left.

After a week, I was presented to Dex, Gerry and Igor, and told to sit at the table.

"Starting today, we are dropping you from the rolls of the party because you're a DPA (deep-penetration agent)," Dex said.

"That's not true," I protested. "Only the Central Committee can drop me from the rolls."

I was told that Protocol II of the Geneva Convention did not cover treason and espionage.

"Someone has already squealed on you," Gerry said.

Igor cut in: "You son of a bitch, you set up Ka Lusing in Calamba. You did not show up at the meeting. They were almost arrested."

"You're mistaken," I said, and broke into tears.

Three days passed before I was interrogated again, this time by Dex, Igor, Diane and Lea.

"Are you going to confess now?" Dex said.

"What will I confess?" I said. I could still smile then.

They presented someone, a youth organizer from Biņan, who had supposedly identified me as a spy. He was sobbing. Then he was led away.

A yellow pad was rolled and used to hit my face. Vlady pointed an M-16 at me and pulled the trigger. The rifle had no bullet.

I was then made to sit before a pit three feet deep.

"Are you going to confess now?" they asked, a gun pointed at me.

"What will I confess?" I said.

They put bullets between my fingers and squeezed. Someone shoved a fist against my chest bone.

I cried in pain. I was also made to squat, and my shin was hit with something hard.

After that day, I was interrogated daily. I was roused from sleep at night. I was slapped repeatedly.

The routine lasted a month. Two women took notes of my interrogation.

On those nights, I could hear someone's cries and the whirring of a power saw. Sometimes, they deprived me of food. There were moments when I entertained the thought of committing suicide by slashing my wrists with the sharp edge of a tin can, but I couldn't find any.

Sometime in August, while I was playing chess with a guard who was just outside my cell, Dex flashed a fan-knife at me. His hands were smeared with blood.

"Do you want this to happen to you?" he said. I knew his hands were smeared with pig's blood.

They thought I was recruited by a son of Tatang, a 62-year-old businessman who supported the movement. Tatang was suspected of having a hand in the disappearance of members of the regional committee in Calamba in 1977.

The anti-DPA campaign was called Operation Missing Link because no one knew how they disappeared.

I decided to make up a story after an incident in the second week of August.

One day, at about 2 p.m., I and four others were let out of our cells, linked with a nylon cord, and ordered to form a line.

I thought we would be set free. After walking for 50 meters, I saw a 4-foot-deep hole in the ground big enough to hold a person.

Darmo was pinpointed and brought before the pit.

"Watch how we will kill him! Darmo, do you have anything to say to your family?" Dex said.

"Please tell them that I'm innocent!" Darmo said, trembling. He was blindfolded and made to kneel, then Ranny struck his nape with a piece of wood three feet long.

Darmo fell into the hole but was able to stand up. Ranny bludgeoned him again.

His head cracked the third time he was hit. As a coup de grace, he was stabbed at the base of his neck.

Someone asked me: "Will you be the next? What's your message to your family?" That's when I said yes.

They asked about my salary, my network, how I was recruited. I found it difficult to make up something. I merely confirmed what they had told me.

I thought that what I was doing was not right, but it was a matter of survival. I told them about Red Sox ("Oplan Red Shank"), a military plan to infiltrate the party, which I had earlier read about in a torn page of the Inquirer that I found at the camp.

Two days later, Igor and Lea made me list down the supposed military spies I knew. They took a picture of me holding a plate with my name on it.

Then the series of killings began. Many more were arrested.

In the last week of August we moved to the area where four Army lieutenants had been held by the NPA, and stayed there for a night. The next morning, I and six other prisoners and 21 of our captors hiked for a day and a night.

The second camp was in Sitio Piapi, Barangay Cagsiay Dos, in Mauban, Quezon. I could see a creek from there.

The prisoners stayed together in a hut with no walls. It had a floor made of slabs of wood. After several days nine other prisoners from Quezon arrived.

I received severe torture at the second camp. With my hands bound, I was made to sit by a big tree. They raised my feet as if I were being made to do a split. Igor pulled at one of my legs and a woman pounded my knee with a coconut shell.

Then, before all the people in the camp, Dex took off my underwear. Using a razor, he slit the skin just above my penis four times.

The torture lasted for half a day.

"Just kill me because I just made up the story. You won't get anything from me. Call Ken and tell him to kill me," I screamed.

Days later, they asked me about some names in Manila. If they were unsatisfied with my answer, Igor would force me to eat a piece of paper.

We stayed at the camp for two weeks. The prisoners ate together. Sometimes we had fish.

At night I could hear screams. I saw people being marched off, with someone carrying a spade and a crowbar.

At the end of September, we marched for two days before reaching the third camp in Sitio Pulot, San Antonio in Kalayaan, Laguna. Here, Ken kicked me in the face.

In October, we hiked for eight hours to the fourth camp in Kabana-banaan in Mauban, Quezon. I was no longer tortured but others were. We were not given food.

We moved to the fifth camp, also in Mauban, in November. There was little tension by then because the Executive Committee of the CPP Central Committee had begun reviewing our cases.

On Nov. 16 or 17, a member of the Executive Committee and Armando spoke with me. They asked me to tell my life story, how I started in the movement.

The second time I met them, I retracted what I had told my torturers.

I was set free on Dec. 8. The then head of the Southern Luzon Commission summoned me and said: "I can no longer shed tears to ask for your forgiveness. Come, let's go to our comrades."

Unchained, I went to a group that included those who had also been released, as well as some members of the Central Committee. They sang a song welcoming me back to the party.

I can no longer shed tears to ask for your forgiveness. Come, let's go to our comrades. 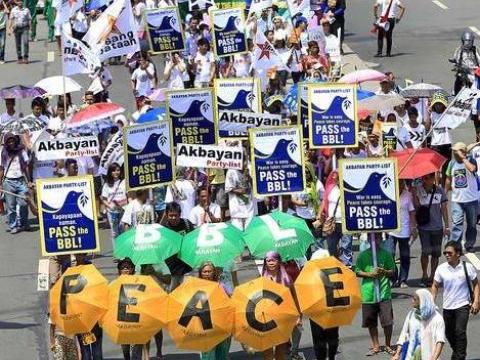 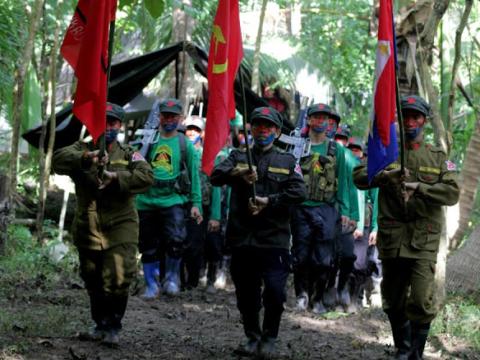 This is a report on the violent purges committed by the Communist Party of the Philippines and their armed wing the New Peoples army. Within the…
Image 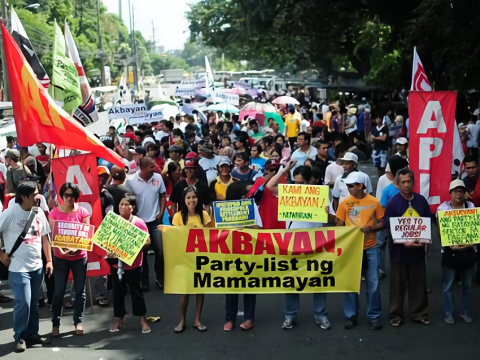 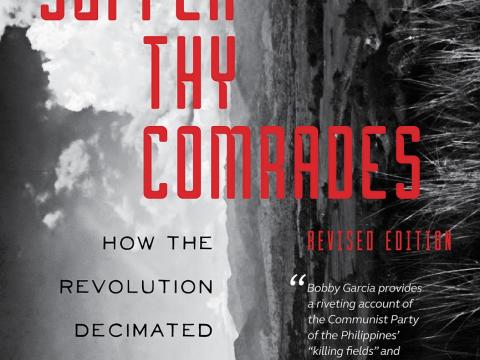 “To Suffer Thy Comrades” is a brutally honest, meticulously researched, and brilliantly written…