In the Cut’s exploration of women’s sexuality and personal agency continues director Jane Campion’s project (The Piano, Portrait of a Lady, Holy Smoke) to represent, in diverse contexts, the ambivalence, conflict and pain, and the potential for individual freedom, growth and fulfilment, found in women’s experiences in the face of the powerful forces – both internal and external – which constrain all of our efforts to live better lives. In its sophistication and hard-won optimism, it’s probably her best yet.

Further complicating the identification of viewers with the stars, both female leads are cast against type – Meg Ryan from vacuous romantic comedies, and Jennifer Jason Leigh as hapless, helpless and not at all a latter-day Katherine Hepburn. Finally, unflattering close-ups and lack of make-up (among other devices) avoid the cheap titillation that the explicit sexual imagery might otherwise provide in portraying the complexities of desire. Succeeding in this precarious balance places In the Cut in the company of the new wave of European art cinema aspiring to sexual-emotional ‘realism’ – e.g. L’Ennui (1998), Romance (1999), Le Secret (2000), The Piano Teacher (2001) and Swimming Pool (2002). However, In the Cut’s layering of genre conventions and resolutely female perspective arguably take it to a level beyond even these brave and intelligent films.

Although making the detective story work was felt by Campion to be crucial, many mainstream critics have panned In the Cut as a failure on this score. True, the police investigation procedure is shoddy, and the poor calibre of the red herrings allows viewers to easily identify the psychokiller. But then bungled policework is hardly uncommon where women victims have ‘dubious morals’; and there was only time to sketch the various male ‘suspects’ (candidates as lovers and/or murderers) who were treated fully in the novel. But anyway, all this misses the point, because the crime framework was primarily deployed to weave together Meg Ryan’s character Frannie’s efforts, on several levels, to make sense of life. Her Oedipal fantasies of her parents’ courtship, her own awakening desires and fears, and her public, professional role as an English professor researching urban slang and poetry – all revolve around romantic myths and conventions, hope and tragedy. In short, her quest is to understand the relationships – both in language and culture, and in bodily, lived reality – between the search for passionate fulfilment and the risk of spiritual death. And while psychological dynamics, identity and desire have been underlying motors for many crime narratives (classic private dicks/dangerous women; Hitchcock’s vulgar Freudianism; lesbian detective fiction), this film achieves an unusually intricate mesh of popular cultural form, gender-political content and philosophical depth.

Campion’s films, though, can hardly even begin to resolve some dilemmas. In particular, her heroines’ white middle class trajectories damage any feminist generalisability. In The Piano, Ada (the luminous Holly Hunter) exemplified high-bourgeois colonial taste, reproducing perceptions of New Zealand plantation Maoris as lazy, passive subhumans – and only Harvey Keitel’s Baines (a Western immigrant ‘gone native’) offered a path to aesthetic, sexual and economic salvation. Things are a little less static in the multicultural modernity of In the Cut, where Frannie’s stepsister (Leigh) has a lower class background – hinting at a rather different perspective on women ‘choosing’ physical danger in pursuit of pleasure. But the stereotypical shorthand of race, ethnicity and class still signpost the male threat – the working class Irish/Hispanic cops’ schoolboy sexism and the Black student’s lack of sexual restraint carry a sinister charge hardly matched by the inadequate narcissism of Frannie’s WASP middle class ex.

At least, though, the ascription of obsessive, delusional, violent and masochistic tendencies are spread around more among the characters, making possible a response in terms of our own social situations.
Finally, the lack of any sense of collectivity obscures the political usefulness of stories like In the Cut. However, it can be read as pointing towards the whole array of interconnecting levels where liberation is sought – from the unconscious, social, and cultural to the public and institutional – in all of which intimate personal relations are likely to be heavily implicated. The film’s central (erotic) relationship is the most convincing and promising, with characters who admit their flaws and share vulnerability. That prospects for change and redemption in an honesty of purpose are best found in the messy human reality of everyday life, rather than in the deadly idealisation of grand romantic narratives, should be an affirming message for revolutionaries as well as those seeking love. 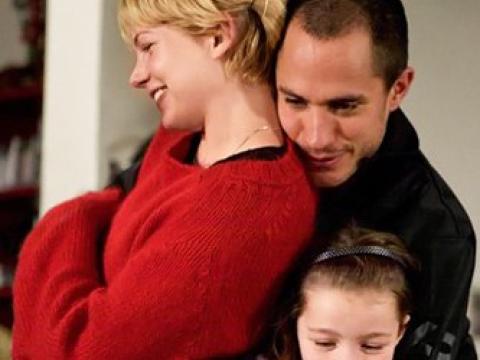