The Dawning of a New Era

An article reflecting on the Labour Party's 1997 election victory, it's consequences and leftist illusions in them as a working-class party.

How many times since 1st May and the landslide election of Tony Blair’s Labour Government have you had conversations with punch drunk lefties that begin “What was your favourite memory of election night '97?”. Maybe it’s a sign of political illiteracy that party manifestos are so dull that no one bothers to read them anymore, but it seems that the media euphoria and the popping of champagne corks at Walworth Road have served to obscure the fact that New Labour was supported by The Sun, The Times, The Financial Times and The Economist and the New Labour Manifesto set out its aims as follows:

“In industrial relations we make it clear that there will be no return to flying pickets, secondary action, strikes with no ballot or the trade union laws of the 1970s.”

In their book “The Blair Revolution” Peter Mandelson and Roger Liddle set down in detail what Labour’s pledges to “crackdown on petty crime and neighbourhood disorder” and “stop the growth of an underclass” in Britain” will actually mean.

On crime; “To improve the effectiveness of the police, so they catch more criminals....The issue is not just more bobbies on the beat but how the police best organise themselves to exploit technological advance - from genetic identification techniques to the use of video recorders, to data matching systems.”

“...To increase the likelihood of convictions in the courts and through reform of our criminal justice procedures, reduce the number of technical acquittals.”

On the “underclass”; “It is not right that some people should collect the dole, live on the black economy and then refuse to co-operate with society’s efforts to reintegrate them into the labour market. It is dishonest and corrosive of our attempt to build a sense of mutual obligations in the community. In the circumstances where new opportunity is being offered and refused there should be no absolute entitlement to continued receipt of full social security benefits.”

The Economist and The Sun both backed Labour because they read between the lines and anticipated what lay behind all the cheery grins and photo opportunities.

European capital cannot afford the cost of the maintenance of the welfare state. Germany’s unemployment stands at 4.5 million, French unemployment is over 3 million, Britain’s around 3.5 million. The cost of unemployment is borne through the provision of welfare benefits. The welfare state is a drag anchor on economic growth. If European capital is to compete with the Asian economies and the US economy, it requires labour market flexibility to hold down wages so intervention by the state to sustain the labour market as a way of reducing unemployment is out. The only remaining solution is to dismantle the welfare state itself. The Financial Times, in calling for support for Blair, recognised that the party best placed politically to dismantle the welfare state is the party which gave birth to it. Blair’s vision, which he has sold to the CBI, The Economist and a host of other business forums, is of a hi-tech, low wage economy. As Mandelson describes it “John Major presided over a massive boost to government spending in the run up to the 1992 election. Public spending rose by 5.7% in the election year alone... Public borrowing has too often absorbed too high a share of the country’s savings. Government policy must ensure that the nations savings are put to productive purposes, rather than immediate public or personal consumption.”

The vote cast for Labour on 1st May was objectively a vote for the dismantling of the welfare state, slashing of public sector pay, workfare and a high tech police force to save the middle classes from the disorder likely to result. Does anyone still need to ask why Labour didn’t oppose the Criminal Justice Act?

Over the next 5 years Labour will seek to drain resources form working class communities. The closure of schools, youth clubs, libraries and playgroups, and the selling off of housing stock and chronic disrepair which are the trademark of Labour in local office will be attempted on a national scale. Unless the resistance to this responds on the basis that Labour is the class enemy in office, and opposes it as such and fights from the basis that every school, every youth club, every council home, belongs to the community in which it is based and is not the property of the grinning Rachmans of Blairism, the Labour project will succeed, and the wholesale abandonment to 3rd world levels of poverty of whole sections of the working class which is the legacy of Clinton in the US will be our fate here.

My favourite memory of May 1st? Well, mine was a week or so later, in Socialist Worker, with a headline “We Didn’t Vote for This.” Tough shit, comrades, you voted for it, campaigned for it and the rest of us are now going to pay for it.

Published in Black Flag Issue No. 212. 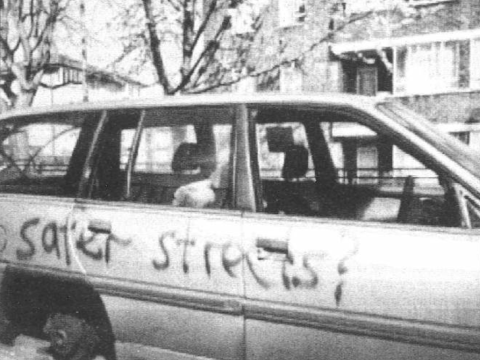 A Black Flag article on the working class community politics of the Independent Working Class Association (IWCA) from 2003.
Image 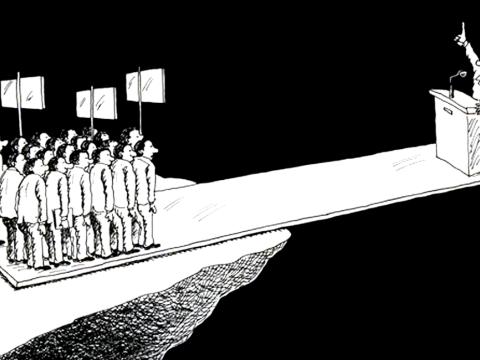 As the Brexit pantomime plays on, a General Election is now thrust upon us. Like all capitalist elections it will be a sham. About a third of the…