Demonstrations in Milan against anti-migrant laws

Last weekend in Milan 30,000 people demonstrated with CGIL union against xenophobic anti-migrant laws recently introduced in Italy. These laws have been proposed with the usual rationale of more security for citizens.

The Italian parliament have recently issued laws such as one which will allow doctors to denounce patients without proper immigration documents. Another law will put immigrants in a detention centre without having committed any crime and Berlusconi has also recently approved a decree (apparently “against-rape”) that legalises rounding up immigrants. Indeed, town mayors will be able to turn to “volunteers for security” who will organise these rounds in an attempt to 'protect women' from 'rapists'. Immigrants’ detention has been extended from two to six months in the so-called "expulsion centres".

Last Saturday, in Milan, over 30,000 people joined the anti-racist demonstration called by CGIL. The slogan of the day was “I treat, I do not denounce”.

The demonstration opened with a manifesto against violence towards women, Italians and foreigners, to underline that rape is a question of gender and not passport. 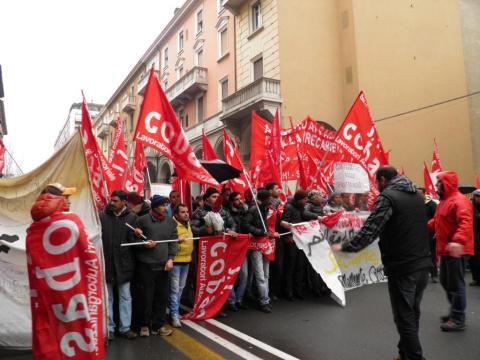 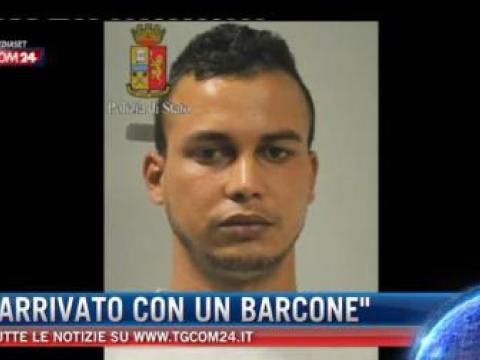 A look at the case of Abdel Majid Touil, a 22 year old Moroccan arrested by Italian police in Milan on charges of terrorism, and the assumption…
Image 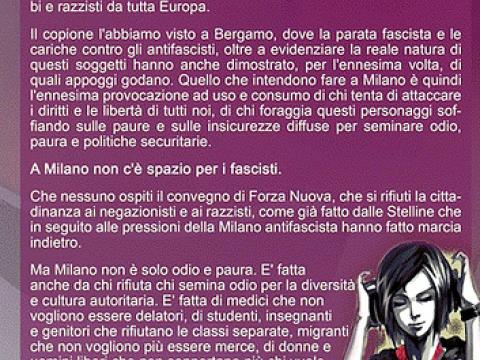 Yesterday, 5th April 2009, a conference held by Forza Nuova, the Italian movement of the far-Right, took place in Milan.