Yesterday, 5th April 2009, a conference held by Forza Nuova, the Italian movement of the far-Right, took place in Milan.

Many people, among which partisans, social centres, unions, civil society organizations, politicians and Jewish organizations gathered in the main squares of the city to demostrate against Forza Nuova conference. For days they had been asking the mayor of Milan not to allow the conference to take place. However, the mayor answered that the freedom of speech should be granted to everybody and this occasion was meant only to represent an expression of ideas.

The main topic of the conference was "Populations and tradition against banks and strong powers" and took place in one of the main hotel of the city, Hotel Cavalieri. Around 700 hundreds people also from abroad attended, saying hello to each other with the traditional Roman greeting. 1,200 policemen were displaced in order to face the fights that were expected to happen.

At the same time, a demonstration against the conference took place near Duomo and gathered around 1,000 people whose slogan was "Milan refuses the racist demonstration of the European radical right wings". Indeed, these are the main objectives of Forza Nuova, as stated in their official website: 1- abolition of the laws which allow abortion; 2- family should be at the centre of the reform (which translates into impossibility to get divorced etc); 3- block of immigration; 4- restablishment of the agreement between the Church and the State as in 1929 (which granted enormous powers of intervention to the Church)

A big banner which stated "Resistance" was hanged in Piazza della Scala where the antifascist demostration took place.

The following is the translation of the manifesto (see image) of the antifascist demostration:

The terrifying news that in Milan there will be on 5th of April a “political international event” promoted by Forza Nuova is circulating on web since weeks. During this meeting there will be the participation of the BNP (British National Party), of the FN (Front National) and of the NPD (Nationaldemokratische Partei Deutschlands), which represent the European radical right wings, together with the Italian Forza Nuova.

It is known, and also declared by themselves, the racist, xenophobic, homophobic and negationist position of these organizations: the symbology, the languages and the initiatives frequently refer without ambiguity to the neo-Nazi's culture, ideas and values.

Just to tell something about Forza Nuova, no less than the former Italian president Francesco Cossiga himself required the “dissolution of Forza Nuova” because of “the constitutional prohibition of recreates the fascist party on the basis of the ordinary laws” (Corriere della Sera 25/4/2001).

So, while in Italy people are preparing demonstrations to celebrate the 25th of April, as not only the end of the war but also as the day of the liberation from the fascist dictatorship, Milan “gold medal for the partisan resistance” is risking to be transformed into the capital of the European Nazism.

As antifascists, we believe in the democratic principles and values and in the freedom guaranteed by our Constitution.

Our Constitution, freedom, democracy and the respect of human rights, which are the foundation of social and civil pact of our community, are the compass that let us understand the dangerous underestimation of those organizations and their activities, which arrogantly deny the Constitution, recalling to hate and discrimination among human being and showing an authoritarian conception of the political power, with inspiration to Nazism and Fascism.

For these reason we want to speak to all men and women of the city of Milan, democratic and antifascist; we want to speak to institutions, associations, volunteers, unions and parties and ask them to sign this appeal in order to deny hospitality at the initiative promoted by Forza Nuova in our city."

Photo gallery of a demonstration at San Raffaele Hospital, Milan during the national general strike…
Image 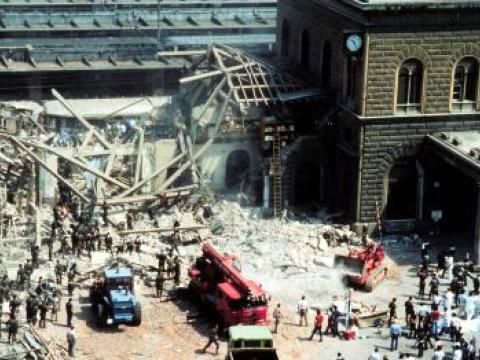 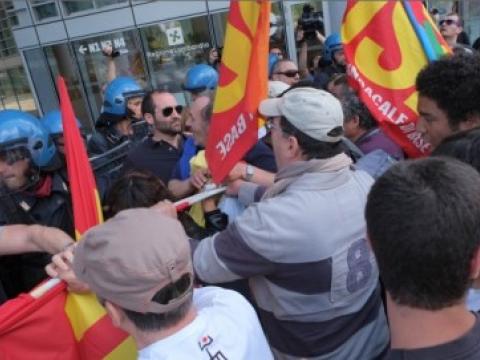 Health workers across the Lombardia region took part in a 24-hour strike on Wednesday 8th May, as…
Image 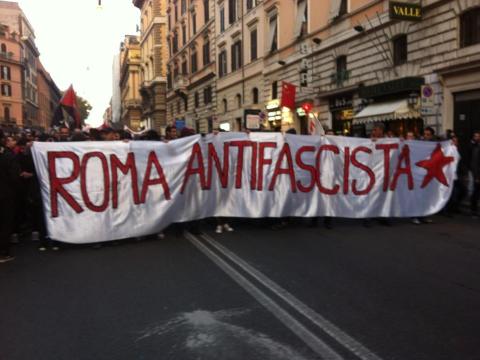