Health workers across the Lombardia region took part in a 24-hour strike on Wednesday 8th May, as part of the ongoing struggle against 244 redundancies at San Raffaele Hospital. Already, 66 workers have been served with redundancy letters, effective immediately.

However, while officially about the current struggle at San Raffaele, many health workers see this as part of a wider struggle to defend public healthcare, with workers displaying banners saying “Healthcare is a public good”. As one striking worker told Struggles in Italy, the attack on workers at San Raffaele is “part of a wider attempt to open up healthcare to the private sector”.

The strike, called and organised by the base unions, saw USB and USI-AIT (the two main unions at the hospital) joined by CUB, Cobas, SI Cobas and SLAI Cobas. Workers at all of Milan’s hospitals took part, as well as many throughout the region, encompassing both public and private healthcare institutions.

The day also saw a demonstration in Milan with delegations from hospitals across the region and even further (such as the Veneto and Lazio regions) as well as patients’ groups and students from Milan’s State University, themselves recently evicted violently from an occupation at the university a few days before.

The demonstration had moments of tension and scuffles between workers and police, as police tried to block the route of the demonstration from entering the grounds of the regional government building. In the end, after pushing up against riot police with batons drawn, workers were able to get past and finish the march at the headquarters of the regional council.

Meetings continued between management and unions at San Raffaele, with mixed feelings amongst workers as to how fruitful they would be. In the case of a negative outcome from negotiations, more mobilisations can be expected. As Riccardo Germani from the USB said after the demonstration: “When there is a redundancy, it is a declaration of war, and we want to fight this war, transforming anger into conflict.”

Photos from the demonstration here and here.

Some pics from the demo.. USI member getting grabbed by police..

Should just say that after the strike they negotiated and the hospital decided not to fire the workers. 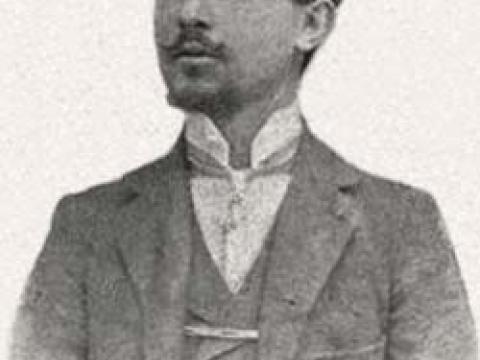 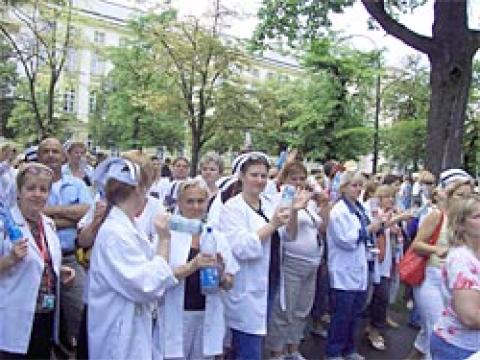 Wildcat's account and critical evaluation of a mass protest camp of thousands of nurses, and strike by doctors, in Poland fighting for a pay…