Covington Hall was one of the key organizers of the IWW in the South, building the cross-racial base of IWW in the Souther timber industries. A working class thinker and poet, Hall continued to organize with the IWW throughout his life. Less known however were his agitations against the State within the IWW which were commonly published in the Lumberjack and later the Voice of the People. This is one such piece.

The Voice of the People, New Orleans Oct 30th, 1913
Published by the National Industrial Union of Forest and Lumber Workers of the IWW, Southern District.

The one thing that seems to give all the Social Owls a pain is direct action. Direct Action means action in the shop-on the job- for a the workers affected to make their demands on the Boss himself Themselves and quit begging "Labor Lieutenants," priests, preachers, rabbis, and politicians to pray and intercede for them. It means for the workers to Force, to Take by their Own Might that which they desire, when there will be no danger of them losing the advantage gained. The only real action a Labor Union can take is Direct Action - Action in the Shop- Action on the Job. Only when it becomes powerful enough to control the Jobs under its jurisdiction is a labor union able to affect social conditions elsewhere, for on the Job All Society rests. The class which Controls the Jobs Owns the earth and all the wealth upon it, for all wealth is of labor, flows from the Job. Around this fact swings the world-wide war of the classes; on it based all the teachings and tactics of the IWW; Ownership in Modern Industry Amounts to Nothing; Control of the Jobs to everything, and the IWW is out after this Control of the Jobs by the Workers and for the Workers, the establishment of an Industrial Democracy, a system of production under which every worker shall have a voice in the management of industry, Control the work of the world, receive the full product of their toil, and in which the Union shall supersede the State as the General Administration of Society. A new world, owned and controlled by free workers, that is the mighty vision of the IWW-the only real Labor Union on the North American Continent. Direct Action-imagine, if you can, a Labor Union acting effectively otherwise! If it can, then the Union is useless and ought to be abolished. All the working class has, or ever will have, has been and will be gotten by-Direct Action-action in the Shop-against the Boss-On the Job-Through the Unions.

Direct Action *** it is essentially a cry to the workers to get off their knees, do their own thinking, and act for themselves through their own organizations for which reason:

The IWW is out after... a system of production under which every worker shall have a voice in the management of industry, Control the work of the world, receive the full product of their toil, and in which the Union shall supersede the State as the General Administration of Society. 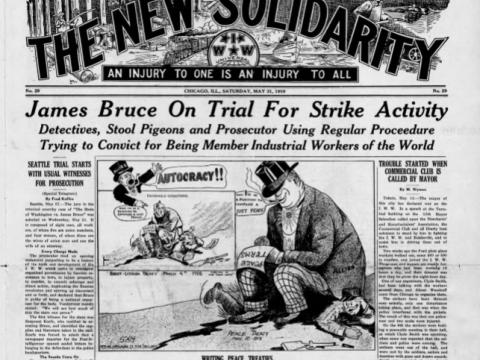 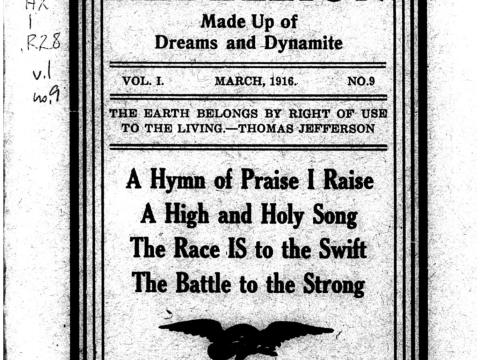 Rebellion: Made up of Dreams and Dynamite #1.09

Rebellion: Made up of Dreams and Dynamite Vol. I No. 9 (March, 1916). New Orleans, LA. Digitized from microfilm. Document has OCR. 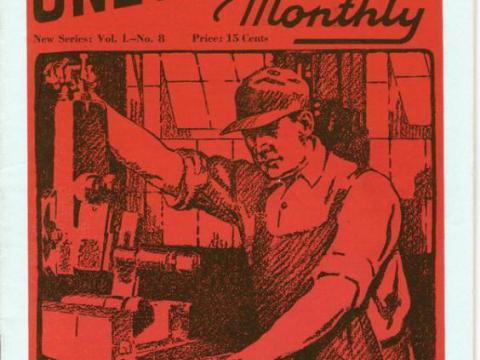 The August 1937 issue of IWW journal The One Big Union Monthly with articles on anti-union violence, the Spanish Civil War and capitalist… 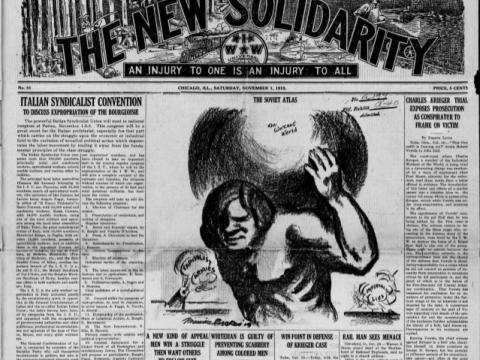 The November 1, 1919, No. 51 issue of The New Solidarity, a newspaper produced out of Chicago by the Industrial Workers of the World (IWW) from…