The Vietnamese government should immediately free activists who have been unlawfully imprisoned for peacefully campaigning for workers' rights, Human Rights Watch said in a new report released today.

The 32-page report, "Not Yet a Workers' Paradise: Vietnam's Suppression of the Independent Workers' Movement," documents the Vietnamese government's crackdown on independent trade unions and profiles labor rights activists who have been detained, placed under house arrest, or imprisoned by the Vietnamese government in violation of international law. The report calls on donor governments and foreign firms investing in Vietnam to press the government to treat workers properly.

"By arresting the most prominent labor leaders, the Vietnamese government is trying to wipe out the independent trade union movement," said Brad Adams, Asia director at Human Rights Watch. "The government continues to target and harass independent labor activists, who are seen as a particular threat to the Communist Party because of their ability to attract and organize large numbers of people."

Since 2006, at least eight independent trade union activists have been sentenced to prison on dubious national security charges. All have been held under Vietnamese laws that violate fundamental freedoms. Those who have been tried have not been afforded internationally recognized due process rights. Other labor activists have been harassed, intimidated, and forced to cease their union activities or flee the country.

Amid double-digit inflation and the global economic downturn, labor unrest continues to soar in Vietnam. Thousands of workers, primarily at foreign-owned factories, have joined strikes to demand wage increases and better working conditions. Though permitted under international law, virtually none of these strikes are considered legal by the Vietnamese government.

Workers are prohibited from forming or joining unions - or conducting strikes - that are not authorized by an official labor confederation controlled by the Communist Party. The minimum monthly wage was increased to 650,000 dong (US$36) for most workers, but it still fails to provide an adequate standard of living, especially given racing inflation, and the increase has failed to stem labor discontent.

The report details provisions in Vietnam's labor laws, such as amendments to the Labor Code that took effect in 2007, which have imposed increasingly harsh restrictions on strikes and independent unions. While the Labor Code allows party-controlled unions to strike, it establishes strict and cumbersome conditions that must be met, which effectively nullify this right.

"Vietnam's labor laws ensure that there is virtually no way for workers to call a legal strike," said Adams. "The so-called reform process and amendments to the Labor Code have focused on tightening government control over workers' movements and effectively denying workers their rights. The People's Committees, People's Courts, and the official labor confederation - all controlled by the Vietnamese Communist Party - work as a machine that is rolling out rules to prevent legal strikes."

Starting in 2006, unprecedented numbers of workers began to join "wildcat" strikes (strikes without the approval of union officials) at foreign-owned factories around Ho Chi Minh City and in surrounding provinces in the south. As the strikes quickly spread to Vietnam's central and northern provinces, workers broadened their demands for labor rights, such as the ability to form independent unions and the dissolution of the party-controlled labor confederation.

In October 2006, Vietnamese activists announced the formation of two independent trade unions, the United Worker-Farmers Organization of Vietnam, or UWFO (Hiep Hoi Doan Ket Cong Nong) and the Independent Workers' Union of Vietnam, or IWUV (Cong Doan Doc Lap). Their stated goals were to protect workers' rights, including the right to form and join independent trade unions, engage in strikes, and collectively bargain with employers without being required to obtain government or party approval. They also planned to disseminate information about workers' rights and exploitative and abusive labor conditions.

For a brief period in 2006, the Vietnamese government - prior to entering the World Trade Organization and normalizing trade relations with the United States - tolerated a budding civil society. Opposition political parties, underground newspapers, and Vietnam's first independent trade unions publicly emerged, a rare situation in the one-party state dominated by the Communist Party of Vietnam.

The government's tolerance of peaceful dissent proved to be short-lived, however. Within weeks after the two independent unions began operations, the government arrested all of the unions' known leaders and supporters.

Of eight independent trade union advocates sentenced to prison since 2006, three remain in prison and at least two under administrative probation or house arrest. The remaining three have been subjected to a series of detentions and interrogation by police, intrusive surveillance, and harassment by vigilantes.

Vietnamese agents are thought to have abducted Le Tri Tue, one of the founders of the Independent Workers' Union of Vietnam. Le Tri Tue went missing in May 2007 after fleeing to Cambodia to seek political asylum. The US State Department noted grimly in its 2008 report on human rights in Vietnam that "Le Tri Tue was still missing ... amid rumors that Vietnamese government security agents had killed him."

"None of Vietnam's peaceful labor activists should ever have been arrested, detained, or imprisoned," said Adams. "Donor governments, the UN's International Labor Organization, companies investing in Vietnam, and others should insist that Vietnam treat its workers properly and release all jailed activists." 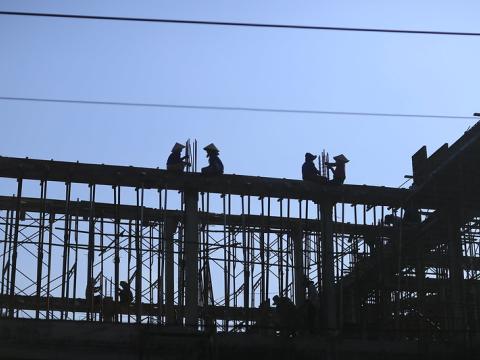 Vietnam, being the equivalent of a social democracy, places prime importance on “workers rights” (officially anyway). That’s why the government… 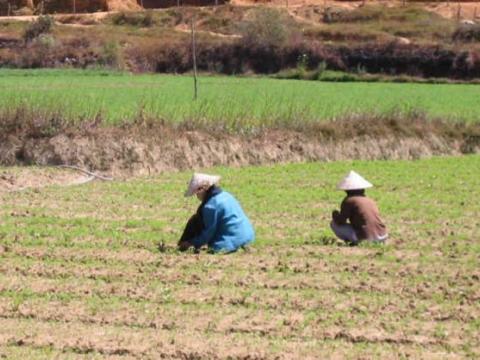 Five organisers from the independent United Workers-Farmers Organization, were arrested and remain in prison. 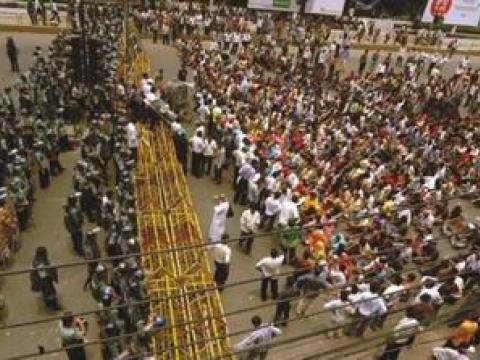 Instead of being increased by 10% as of October 1 as scheduled, the monthly minimum wage is expected to increase by 20% as of early 2008.