Remember those 1960s t-shirts favoured by trendy-lefties? (recently dredged up by French Connection - so perhaps my title should be worded more strongly ...). The iconic pop-art image of Ernesto 'Che' Guevara stood for the heroic struggle of the Cuban revolution, and Western middle class youth could affiliate (or pose) with the aspirations of the world's poor to transcend oppression. Now, the more comprehensive commodification of The Motorcycle Diaries also encompasses the road movie, tourism brochure, coming of age story, and even documentary realism. Box-office success at multiplexes and art cinemas suggests that the resulting melange works, thanks in particular to Brazilian director Walter Salles (Central Station, 1998; also a producer of Rio ghetto blockbuster City of God, 2002 - and its TV spin-off City of Men, 2004) and cinematographer Eric Gautier. A frisson of dangerous glamour doubtless helped - the script being loosely based on some of Che's memoirs (exceedingly turgid and self-important though those are), reinforced by heartthrob Gael Garcia Bernal (Y Tu Mama Tambien, 2001; Bad Education, 2004) as leading man. But whether or not viewers know or care about the political history, this subtle film still has interesting things to say - if you can stomach the shallow smugness and picture postcard beautification.

Twenty-somethings Ernesto and Alberto (Rodrigo de la Serna) take a year off their studies in the early 1950s, and leave their upper-middle class Argentinean families for an awfully big lads adventure round South America on a knackered Norton. The overwhelming landscapes they pass through echo aspects of their experience and growing awareness: the Pampas are as empty as their idle bourgeois morality; crossing the Andes shows the arbitrary majesty of nature (i.e. history); fertile valleys are populated with evicted peasants; a copper mine in the Atacama desert reflects the impoverishment of industrial capitalism; and Incan traces (at Cusco and Machu Picchu) contrast with the mess of Lima, giving poignancy to notions of 'civilized progress'. They randomly encounter and hear the stories of those who suffer and toil without their luxury of playful choice - recounted by local extras whose biographies are little different fifty years later - and whose dignity, passion and generosity belie their desperation, anger and pain.

The travelogue arrives at San Pablo leper colony in Amazonian Peru, where our heroes get their teeth into contributing to the lives of others for a change (not that big a change, but revolutions have to start somewhere ...). They still occupy immensely privileged positions, of course, but the trials and tribulations so far - repeatedly crashing the bike, temporarily running out of pocket money, Che's chronic asthma, the repercussions of adolescent scamming, drinking, womanising, and so on - begin to crystallise into something approaching adult maturity. Alberto gets a medical research job whereas Ernesto continues north in his search for a worthwhile life. The film ends with a sepia-toned montage of the 'ordinary people' in the film and a brief textual exposition of Che Guevara's central role in Cuba before his CIA-sponsored assassination. There's also footage of the real Alberto - now in his 80s, having been a pioneering health service mandarin in Cuba - musing on his formative years.

Some have lambasted The Motorcycle Diaries as facile soft-liberal populism - an insult to those it purports to sympathise with. The 'historical' barbarism the film mentions in passing is intensifying, right now, all over the world - especially in Latin America where widespread grass-roots resistance continues. The inspirational significance of today's struggles in Mexico and Argentina (among others) lies partly in their rejection of both neoliberal economics and authoritarian government. But here there is no political analysis, no exploration of vanguard elitism, Stalinist personality cults, or charisma and celebrity in general - all salient to both Che's and our situations. Because we may not otherwise give a toss about the personable (but basically tedious and narcissistic) protagonists, the patronising pedagogy before the credits reminds us that they later devoted themselves to alleviating the misery caused by Latin America's ruling classes and their US backers. That they were disaffected members of those same classes, and ended up inflicting similar degrees of dictatorial damage (and, crucially, that those two facts might be connected) could have injected some welcome melodrama and irony - as well as overall depth - into the weak narrative.

But getting all that right would be a tall order - just to construct; never mind fund and distribute. Lacking the wit, conviction and industry clout required, the director's strategy is more humble in intertwining biography, geography and history. His previous hit, Central Station, vividly portrayed a middle-aged ex-teacher as a bitter failure consigned to the lumpen-bourgeoisie, cynically exploiting the illiterate clients of her letter-writing service. She recovered faith in herself and humanity, almost inadvertently, by helping a destitute orphan find his family after a tortuous and sometimes surreal journey through the Brazilian hinterlands. The narrative arc succeeded because the characters could intuit each others' dilemmas and thus negotiate their relationship socially, emotionally and cognitively. The aesthetics intensified and gave expressive counterpoint to their lived experience - thus allowing enchantment for the characters in the context of their culture (and for film viewers in theirs).

Central Station thus offered a nuanced account of class and its conflicts (albeit at the individual level), but The Motorcycle Diaries is less optimistic - documenting charitable sympathy rather than engaged empathy. The camera only reveals what the characters see - no violence, no police, no scenes of exploitation, not even any poor people until we're halfway up the continent. Even then, no exploration of context, and scarce evidence that the lads have a clue about anything much. Their personal tastes and sensibilities are increasingly offended, to be sure, and their friendship is transformed - but that's hardly a sound basis for a revolutionary programme. They even misunderstand their well-meaning efforts in the leper colony, where Che makes a first feeble soapbox speech and risks a dangerous swim to spend his birthday with the patients - whereas for the latter it was any old excuse for a party.

Salles effectively demonstrates (whether intentionally or not) the uncomprehending naiveté of romantic idealism among affluent youth. That's his background too - with language, worldviews, social structure and culture evolving specifically to facilitate the performance of their functions in whatever systems of domination prevail. In this paradigm it's almost impossible to conceive of the way that economic necessity, bodily suffering, social prejudice and political oppression fundamentally shape the vast majority of human existence throughout history. Instead life's problems are perceived as exceptions to a benevolent rule, to be resolved in grand hysterical gestures and personal redemption (just like at the pictures). Little wonder that when the privileged few generalise their trivial ethics into political prescriptions for the multitude, breathtaking arrogance and presumption transpire along with baleful practical consequences. This filming of Che's journal infinitesimally punctures such fatal illusions. 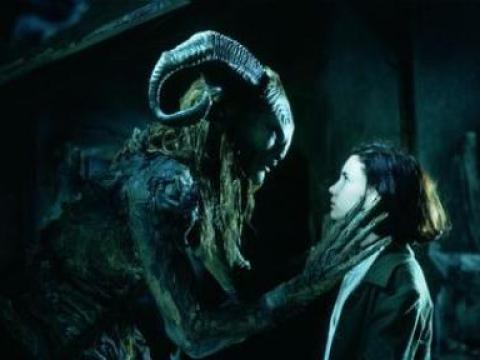