A spate of suicides amongst workers at French car plants reflects the fact that large numbers of workers are being driven to take their own lives by workplace stresses.

In France there are 300-400 suicides a year directly attributable to working conditions according to Christian Larose, vice-president of the social and economic council of the CGT. Roughly one worker is killing him/herself a day because of the job that they have.

Three workers at the Peugeot factory in Mulhouse killed themselves in two weeks, one hanging himself in the factory. After the third suicide the company began to talk about engaging counsellors. This will do little to dispel worries over jobs, or being transferred to a subcontractor neither will it comfort workers over near-constant attacks on conditions and salaries and endless demands to increase productivity.

The first two workers killed themselves at their workplace, the third at home, leaving a note blaming workplace stress. The company has announced an internal inquiry. PSA, the parent group of Peugeot recently discovered that up to 20m Euros had been stolen over five years by an employee, more than enough to offer security to workers. The Renault technocentre at Guyancourt has also seen a spate of deaths. Its average of one suicide a year was raised sharply earlier this year after three workers killed themselves in four months.

Isabelle Béal, 41, mother of two, team leader in the restaurant Sodexho de Renault-Trucks, found with the message: "Je ne suis pas assez forte, trop de pression au travail" ("I am not strong enough, too much pressure at work"). 44 year-old Antonio B., a father of one killed himself in October by throwing himself off the building, his death has been officially recognised as a workplace misadventure. This is an important step, it is official recognition that his work is responsible for his death, it also gives rights to his wife and child. The third in this series of suicides killed himself at home, leaving a note blaming problems at work.

In both workplaces workers mounted demonstrations to commemorate their dead colleagues, management at Peugeot went as far as to reproach workers for missing work to do so, almost triggering a wildcat strike. A GDF worker committed suicide last month, her workplace had been forcibly transferred over 60 kilometres from St Etiene to Lyon. The CGT has denounced the state-owned electricity supplier, EDF, after four of their employees also committed suicide in a period of six months.

Companies are unsurprisingly keen to keep this information quiet, an unconfirmed report has also claimed that 20 France Telecom workers committed suicide in 2005. 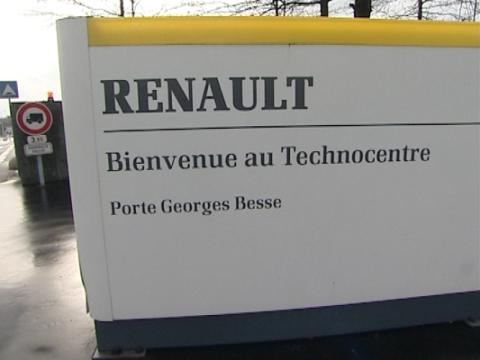 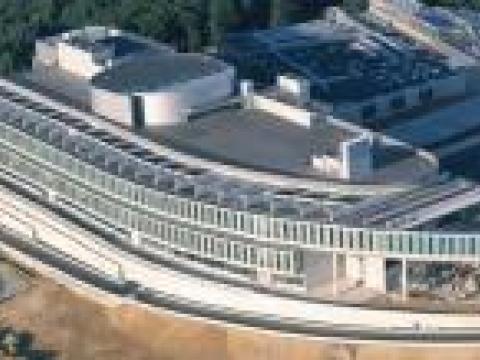 On Friday over 300 striking workers demonstrated outside the head offices of PSA Peugeot Citroën in Paris. 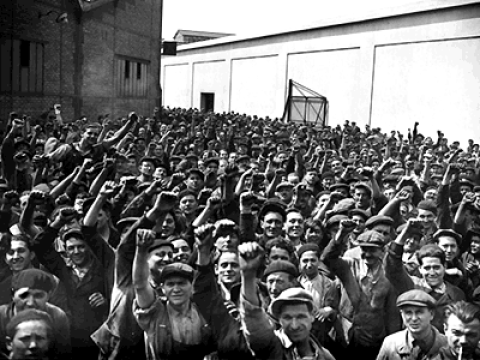 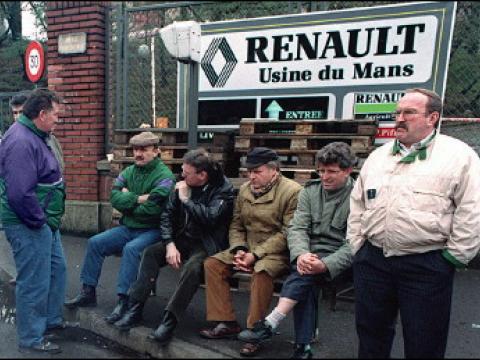