A Good Year For The EDL? Probably Not by 'Malatesta'

So this is Christmas and what have you done? Well, despite wanting to ‘stop Islamic Extremism’ which they do not seem to have done, the English Defence League have managed to ring up a huge police bill, had many arrests, got their mugs on Sky News and, well, that’s it.

“We have one single purpose, to throw out Islamic extremists and to stop shari'ah law courts.” Err… that’s 2 mate.

A Brief History of The EDL
The EDL had its seeds in the 24th May, 2009 Luton demonstration when the ‘United People of Luton’ counter demonstrated against ‘Islamic radicals’ at the homecoming parade of the Royal Anglian Regiment. That the Islamic protest was foolish and insulting to a lot of people and didn’t really do much is not in dispute. However, the event and its subsequent publicity sparked off the formation of the EDL, SDL, WDL, Casuals United and the Stop Islamification Of Europe groups all of whom are seemingly interchangeable and appear to have associations with the BNP, BPP and other far right fantasists. Luton Result: 3 arrests but much publicity. They followed this with a series of small demonstrations in London which did not amount to much. Their next event was in Birmingham on 8th August which was a shambles with the EDL even admitting that “everybody now knows that the turnout for this Demo was very poor.” Result: 35 arrests. They followed this one up with another Brum protest in September. Result: 90 arrests.

Manchester created the model that has been repeated on all their demos since, mainly massive police presence, large counter-demonstration and much publicity. The result: £800,000 policing bill, 10 injuries (including man bitten by dog) and 44 arrests. The EDL’s media coup in Leeds was a major provocation given the size of the local Asian community. Result: a huge police presence costing £375,000 and 8 arrests. At the same time their ‘southern divisions’ organised a counter-demonstration in London against a radical Islamic faction who pulled out after threats were made. This achieved relatively little but was noteworthy for one incident which has been reported in at least 3 different versions. What we do know is that Combat 18 members and some EDL ended up in a pub fight with a C18 member being hospitalised: C18 say he was hit with a fire extinguisher; EDL say he “was seriously injured running into traffic as he fled the scene” which was “an unfortunate end”; whilst others claim it was little more than inter-firm rivalry spilling over. Result: a giant headache for C18 and serious schisms between the EDL and far-right.

In November, the Welsh Defence League (comprising mainly of Bolton Wanderers fans it seems) organised a fiasco in Wrexham. Only 40 turned up to shout, sing God Save the Queen badly and wave a St. George flag about to little effect. Result: 4 arrests and many perplexed locals. Their previous Welsh adventure was similarly farcical and fractious:
“Of 120 people that turned up in Swansea, a large number were Nazi Skinheads, who basically hijacked the demo, wouldn’t be told not to Sieg Heil or chant "BNP" and seemed intent on ruining it for us.”

Their forays north of the border have been equally maladroit. In Glasgow they claimed their demo was “a big success - over 120 lads from various Scottish clubs who were previously enemies came together for a demo.” Anyone who has attended a political demonstration would know that 120 hardly amounts to “a big success.” According to Casuals United:
“Large groups of SDL were detained at both Perth, Dundee AND Edinburg [both?] were detained and prevented from travelling to Glasgow, and main English lads were visited by Strathclyde police and warned off from travelling to Scotland.”

The Nottingham demonstration proved to be costly and eventful. The police kettled the EDL in a pub and then moved them up near the castle where they were closely contained. The documentation shows the EDL and cops jostling each other and the EDL urinating on the castle walls. Result: £1/2 million police bill, 11 arrests and a pissy castle. Their next demo is in Stoke will no doubt prove costly and violent: the BNP have a strong council presence and much local support; Stoke City’s firm the Naughty 40 are likely to get involved; on top of which is added the inevitable counter-demonstration and heavy police presence. Likely result: massive police bill and many arrests.

What Have They Achieved?
Very little. Apart from getting nicked, drunk, photographed or all 3. That the EDL is little more than an ego-trip for many pissed, fight hungry hooligans is difficult to dispute and it is important to understand the media role in all this. We live in a highly mediated world and for anyone to impact on that media is an ego boost. That the EDL go out for a daft laugh and a piss up is beyond argument but there is the added attraction of getting their faces in the newspapers or on TV. For marginalised characters like the EDL, this kind of recognition asserts their delusion that they are someone, that their behaviour somehow has meaning and it is something to show off about in the pub. This is not exclusive to the EDL but to most people who have had a modicum of publicity and their 15 minutes of fame. It is no secret that hooligans collect newspaper cuttings about their activities but these can also be detrimental as Steve Hickmott and ‘Ginger Terry’ Last found at the Chelsea Headhunters trial in the 1980s when Hicky’s scrapbooks and Last’s diaries where used as evidence against them. Cuttings are collected about fights at football matches and other such notorious incidents and the EDL demos will be no different.

The attraction of the EDL for some is not hard to see: a day out with the lads, a good drink and the possibility of a ruck with the cops or the opposition or both. The EDL is made up of football firms and sundry far right characters who suspend their rivalries for a common cause. It is extremely difficult to organise inter-firm fights with the Football Intelligence Unit and surveillance so this ‘legitimate political protest’ gives them a venue and an excuse for a bit of a do.

Whilst the EDL claims to be “peacefully protesting against Islamic extremism” the reality is somewhat different as the above proves. The EDL inevitably end up in confrontation with the cops and cause trouble wherever they go. They blame this on the opposition but as the video evidence, photographs and facts show, very few anti-racists are arrested and the counter demonstrators are in response to EDL provocation and they know it. Wherever they go they will be opposed and it stands to reason that if they are not around, neither are the counter-demonstrators. To blame others for being angered by their provocation is bizarre. The EDL attempt to take over other people’s cities, cause violence and abuse locals who then have to pay for the pleasure. There may be a few local fans in attendance but the majority of EDL are not local. And they wonder why people don’t like their protests?

The EDL claim that they are not ‘Nazis’ and that they attempt to stop Sieg Heiling on the demonstrations. That this has been unsuccessful is obvious from all the photographs. They counter-claim that these images are not true but this clearly does not wash.

The EDL maintain a vigilant web-presence and quickly respond to anti-EDL postings to deny that they are fascist or racist. Whilst this may be true of some of the organisers the fact that Nazis and openly racist blokes turn up on their demos is undisputable. Neither is the fact that they cause trouble, huge bills and general disruption beyond doubt.

Conclusion
So what next for the EDL? Stoke and Dudley and several other towns have been marked down for demos in the new year which will no doubt prove costly and chaotic. They will continue to feud with some on the far right whilst others support them. They will continue to deny they are racist or Nazis despite obvious fascist presence. And they will continue to be opposed by many who will not tolerate their provocation and abuse, their attempts to takeover their cities and being left with a large police bill.
Happy Holidays
‘Malatesta’ 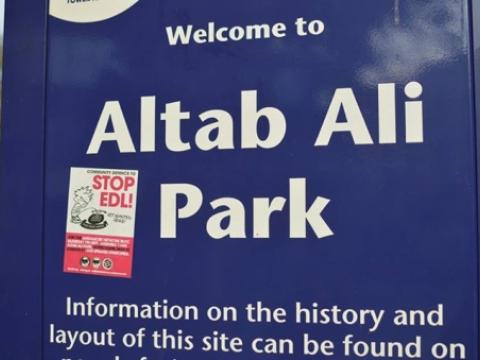 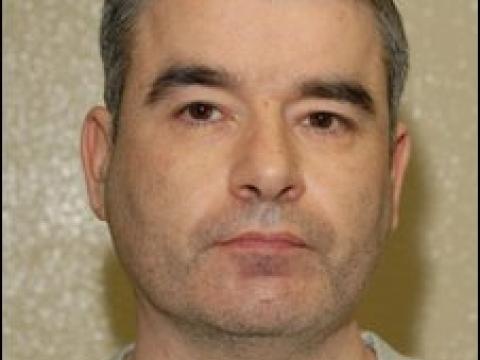