Justice: Different for right and left

A notable thing about the start of this week, other than the Norway shooting, has been the sheer obviousness of double standards in the British justice system which just gone on show.

Time for some leniency

Various people have commented in the last few days about the way in which the media looks on muslim terror as belonging to all muslims while christian terror belongs only to the individual.

But the "justice" system too is guilty of such unpleasant double standards, apparently looking on anti-fascism and protest against the state as rather more worthy of jail time than far-right violence. This has rarely been more stark than when we look at recent court cases.

Stephen Lennon, aka Tommy Robinson, was sentenced today for leading a brawl involving over 100 football fans. Note the language of the article:

Stephen Lennon, 28, shouted "EDL till I die" and encouraged fellow Luton Town supporters when they clashed in the town with Newport County fans on August 24 last year.

He was charged with using threatening, abusive or insulting behaviour and accused of leading Luton's hooligans into a fight.

Pretty nasty stuff. For this, he got a 12 month rehabilitation order, community work and a ban on going to the footie.

But when you're not a far-right hooligan...

Compare this to a case from just a little earlier in the year, with sentencing handed down to seven anti-fascists for conspiracy to commit violent disorder at the end of last month.

In a writeup from Freedom Press in the latest issue, the Legal Defence and Monitoring Group explain that a fight which broke out during a protest at a Blood and Honour gig has led to the jailing of four people for 21 months each. Three more are awaiting reports, two are on remand and one is on bail to be sentenced in August. A second trial is due to begin for another 11 unfortunates - and despite this being a fight at a Blood an Honour gig, not one of those on trial is a fascist.

And while on the comparisons, lets also compare it to the sentence handed down to Francis Fearne, jailed for 12 months for throwing two sticks at police.

Apparently all of this amounts to far, far worse activity than that of Mr Lennon, who didn't get 21 months for conspiring to commit violence despite screaming his political affiliations at all and sundry and being done specifically for playing a "leading role" in organised violence. He didn't even get one month.

If the sentencing process was acting logically, we'd have to expect that the members of a much smaller group of people who police couldn't prove were involved in or even incited violence would be given lesser sentences than someone who has been outright fingered as a ringleader and instigator of a major ruck involving upwards of 100 known hooligans. The seven people currently languishing in jail should thus be free.

Of course they aren't, and it seems won't be for some time. Personally I'm not expecting fairness - I'm an anarchist with an anarchist's take on why the government does what it does. To me, it's only logical that the justice system would look upon violence which doesn't challenge its interests with a more lenient eye than political activity - violent or no - that does.

But liberals do. And for the liberals out there I ask a simple question - can you see a logical pattern here? That an out-and-out far right thug like Stephen Lennon walks while people with the best of ideals and motives have their lives destroyed? This is your much-vaunted democracy, your triumph of the Enlightenment. A place where the righteous are destroyed and villains let loose.

If you truly believe in its capacity for rationality, you must agitate for the freedom of these men, and for that of everyone facing the threat of incarceration as part of this despicable inequality of justice. Because if you don't, when you one day come to raise your placard against the woes of the world, there will be nothing to save you from a similar fate.

A look at far right groups Like the British National Party and English Defence League trying to piggyback onto court cases to get publicity, whether those involved want them to or not.
Image 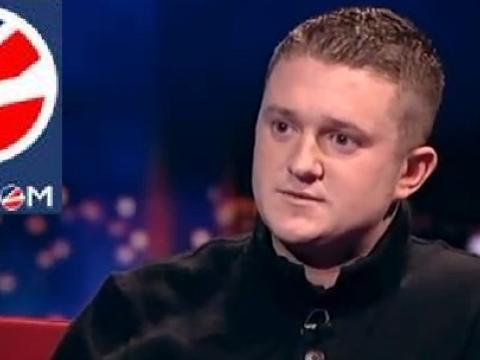 It has been a badly kept secret, but Tommy Robinson is about to announce he is leaving the EDL to…
Image 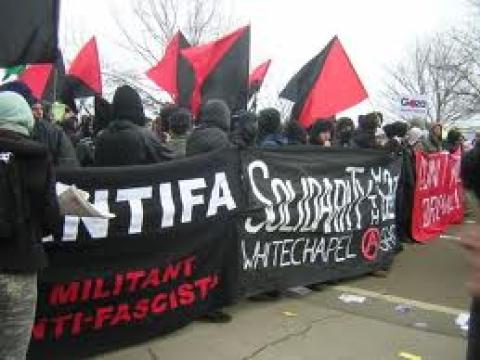