As the president of Greece becomes the latest person to predict a 'social explosion' in Greece it seems a good idea to ask the question: Are we likely to see an escalation of social unrest as the crisis continues?

“We are faced with a societal explosion if any more pressure is put on society,”

The Greek president has added to the chorus of commentators, politicians, protesters and unionists who are predicating a 'social explosion' in Greece. This predication has been repeated many times, no one gives any details but they are sure of one thing; an explosion is coming. When we look at the situation in Greece do we see a society ready to explode?

A year ago it seemed that this explosion had come. On February 12th 2012 Greece experienced intense rioting as another round of austerity measures were passed through parliament. Across a wide area of Athens banks and buildings burned. It wasn't just in Athens either, all across Greece police stations and government offices were attacked, attempts were made to occupy public buildings and people clashed with police. More people then ever before supported militant acts and with rioting widespread this seemed to be a step up from previous anti-austerity riots and protests.

In contrast recent general strike protests have been little more than A to B marches. This was particularly the case with the last demonstration on February 20th. After almost 30 general strikes in three years these days seem like a repetitive routine to many, a routine they are tiring of. Few now expect traditional forms of protest such as a 24 hour strike or a demonstration to change anything. In the year since February 2012 the predications of an explosion of civil unrest on the streets have failed to come true.

The wave of protest and occupations of public squares in 2011 has not been a feature of the last twelve months either. The occupation of Syntagma Square in June/July 2011 drew huge crowds of people who wanted to go beyond union controlled protest. After the camp in Syntagma square was removed the movement no longer had an effective presence. Whilst many local neighbourhood assemblies, some of which have roots going back to and beyond December 2008, are continuing to build and work across the country they are now largely the preserve of activists. The seeming defeat of the Syntagma movement under tear gas and batons has likely disillusioned many and prevented large scale protests outside of the traditional trade union framework.

The state has also been hard at work to prevent an escalation of civil unrest. In some respects the predications of explosion have served this purpose well. Alongside anti-immigrant rhetoric fear was a useful tool during elections last year. Warning Greek society that there could be more social unrest was a useful primer for the current government's law and order drive. These elections themselves served to take some of the impetus from the streets as parts of society turned back to electoral politics.

Despite this the Greek state clearly fears that there will be more social unrest in the future and are acting to combat it. All large demonstrations are now met with a massive police operation, water cannon and preventative arrests. In addition the last few months have seen cases of police torture of activists as the state becomes more repressive. Central Athens resembles an occupied city with the police presence being heavy and constant, riot police units are permanently stationed at important points and DELTA/DIAS(police special forces) constantly patrol. If this is not enough there are rumours of a contract between the Greek state and mercenary companies such as Blackwater.

Alongside state repression the last twelve months have also seen the rise of the far-right Golden Dawn making the situation much more dangerous. Golden Dawn became the third party in Greek politics and a surge in racist attacks followed. As the far-right becomes increasingly bolder and interwoven with police and state forces they have become the main threat to the Greek working class.

We have of course not seen an explosion of civil unrest yet but despite no headline grabbing riots plenty is happening in Greece. February 12th was a significant day again this year as the Bio.Me factory in Thessaloniki started production under workers control. As more and more workers lose their jobs or go unpaid this could be an important example. Away from the symbolic general strikes we see other industrial actions becoming more determined. Twice the government has had to use threats of mass arrests and police force to end strikes by metro and dock workers. Outside of industrial activity the fight to defend social spaces and squats against eviction and attack has continued. The attempted reoccupations of the squats Villa Amlias and Skarmarga which received widespread sympathy show that sections of society are actively resisting.

Looking at the state of Greece today we see unemployment at 27%(over 55% for under 25s) and still rising, 30% of the population under the poverty line, more tax increases and job loses to come and prisons already overcrowded. People are angry but after five long years of recession they are also tired and many despair. The year since February 12th 2012 shows we can't assume that unrest will escalate to a social explosion. With the dark cloud of fascism rising the state maybe be able stifle unrest long enough for people to give up and despair of resistance. With living conditions continuing to deteriorate in Greece an explosion is likely but not inevitable. Basically all we can say is that we have no idea of what will happen next in Greece. 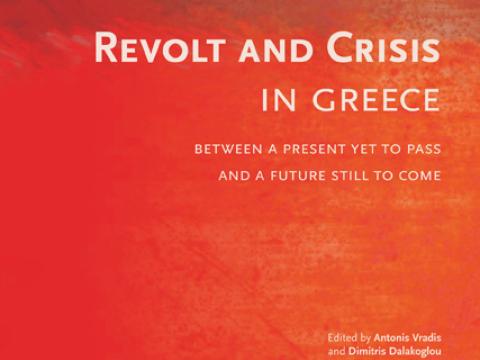 Revolt and crisis in Greece: between a present yet to pass and a future still to come

How does a revolt come about and what does it leave behind? What impact does it have on those who… 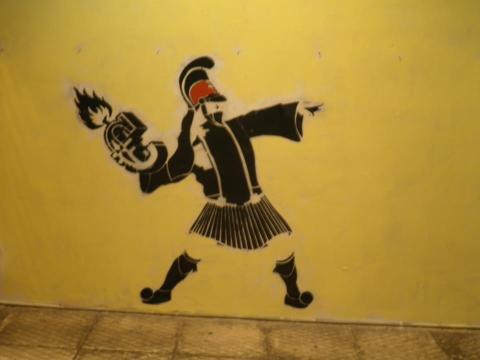 PM's office fired upon in Athens

Early this morning the main office of governmental party New Democracy was fired upon with an AK47. This is the latest in a series of attacks on… 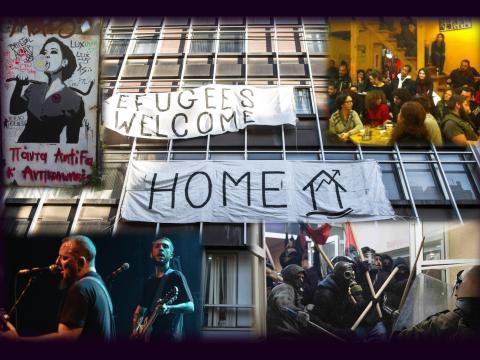 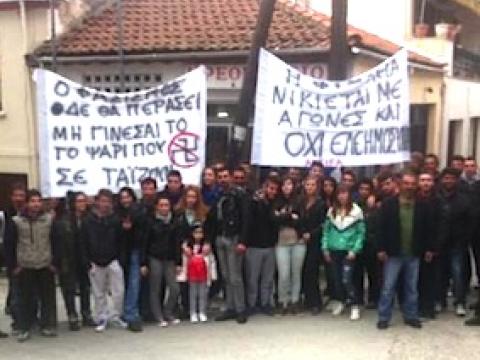 Greek islands against the Golden Dawn

Residents of Crete and Thasos have recently stopped Golden Dawn activities in separate incidents on the Greek islands.