A Historical Background to The Bulgarian Anarchist Movement

A short summary of the history of the Bulgarian anarchist movement

The following is a foreword to The dossier of subject no.1218 : a Bulgarian anarchist’s story by Alexander Nakov,, published by Black Cat Press. It gives a summary of the history of the Bulgarian anarchist movement. Copies of the book are available from https://communistanarchism.blogspot.co.uk/p/blog-page.html

A Historical Background to the Bulgarian Anarchist Movement

The Bulgarian anarchist movement has produced many heroic figures, not least Alexander Nakov himself, but there were many others. Georgi Sheytanov 1 comes to mind, as do Dimitar Balkhov, Stanko Paraskov and a host of others. Georgi Balkanski (real name Grigoriev), who became the historian of the movement and helped publicise it in the West, was himself an exceptional activist within the movement.

Hristo Botev, elevated to the stature of ‘National Poet’ by the Stalinist regime and still held in great esteem in Bulgaria, was to fall under the influence of the Russian anarchist Mikhail Bakunin and was probably the first to introduce anarchist ideas into Bulgaria with his distribution of Bakunin’s Statism and Anarchy there. He founded the first Bulgarian libertarian group at Brăila, across the border in Romania.

In the decades to come and after the independence of Bulgaria from the Ottoman Empire was established in 1877, socialist and libertarian propaganda began to be spread within the country. Spiro Gulaptchev established the first socialist publishing house, Skoropetchatnitsa (Rapid Printing) at Ruse. Most of the contributors were anarchists, with a number of Marxist writers also contributing. Among the libertarian contributors were Nicolai Stoinov, Varban Kilifarski and Paraskev Stoyanov (the founder of surgery in Bulgaria).

Stoinov and Kilifarski helped form the first peasant unions in Bulgaria and Stoinov also participated in the founding of the Union of Teachers, the first union in Bulgaria in July 1895.

Kilifarski and Stoinov founded the Bezvlastie (Acracia - no rule) publishing house in 1908 which published all the essential texts of anarchism. This allowed the greater spread of libertarian ideas so that by 1910, there was already talk of an anarchist federation to coordinate the activities of local groups.

Mikhail Guerdjikov founded the paper Probuda (Awakening) in 1912 with the aim of organising the nascent movement. Two years later, other anarchist publications appeared: the paper Rabotnikcheska Missal (Workers’ Thought) and the magazine Osvobodenye (Liberation). The Ruse group attempted to set up an anarcho-syndicalist movement with a programme and aims and principles and set up a publishing house of the same name.

The wars in the Balkans and the First World War brought anarchist publishing activity to a halt. However, the number of people refusing military service grew considerably. This period was characterised by bold acts of armed struggle by some anarchists, epitomised by the dashing and romantic revolutionary, Georgi Sheytanov. They proved to be a serious threat to the State. The amount of propaganda increased in volume. It was indicative of the development of the movement that Sheytanov turned away from armed action towards the building of a mass movement.

Rabotnicheska Missal reappeared in 1919 and took the initiative to call for the founding conference of an anarchist federation. This took place in Sofia between 15th and 17th June where more than 150 delegates from different towns and villages attended. The congress decided to establish The Anarchist Communist Federation of Bulgaria (FACB). A large number of groups were now formed in nearly all towns and the biggest villages. The movement attracted workers, students and high school students, as well as teachers, white collar workers and various professionals. Many conferences and meetings took place and Probuda became the official organ of the FACB.

When it was closed down by the authorities, underground and other still legally published papers took its place. The next three conferences of the FACB took place in secret. Finally a legal conference took place at Yambol in 1923, attended by 104 delegates and 350 observers representing 89 local groupings. The conference reported that Rabotnicheska Missal had a print run of 7,500 copies, distributed in 140 localities. There were four publishing houses and 16 pamphlets had been published in this period. The conference attracted the attention of the authorities and subsequent repression, resulting in the murder of 30 anarchists by the authorities on 26th March 1923 and a subsequent military coup on 9th June. Subsequent risings in September were bloodily put down.

The establishment of a repressive regime with the King at its head led eventually in 1926 to the setting up of a ‘democratic’ government, which gave the anarchist movement a little leeway and allowed for the publication of several papers and magazines. However, the movement as a whole still had to exist underground and was only able to hold one national congress in secret at Kazanlik in August 1927. Because of the difficulties of illegality and the repressive regime there were problems of disorganisation in this period. This prompted moves towards greater organisation within the FACB. Bulgarian anarchism had always rejected individualism and revolutionary syndicalism and above all defined itself as anarchist communist, citing Bakunin, Kropotkin, Malatesta, Faure, etc. Anarcho-syndicalism remained a minor current within Bulgaria. At the same time, the Bulgarian anarchists prioritised the creation of workers and peasants’ organisations.

Partisans of the Organisational Platform of the Libertarian Communists, written by the Ukrainian and Russian anarchists Makhno, Arshinov, Mett and others, now had a certain popularity in Bulgaria. There was a resulting clash within the movement. The majority of the FACB remained tied to traditional concepts of anarchist communism, expressed through the organisation of the FACB. The clash between the traditionalists and the Platformists became quite bitter, causing splits within the movement.

Meanwhile a quite considerable number of anarchist militants established themselves in southern France and in Paris. They supplied support to the comrades back home, while at the same time, formulating a new platform and programme for the FACB. These returned to Bulgaria following an amnesty and worked towards the convening of a secret conference in a forest near Lovetch. This was attended by 90 delegates. Unanimity was achieved, the papers of the two different tendencies were suspended and Rabotnitcheska Missal was established as the united paper of the FACB. However the principle advocates of the Platform violently disagreed with this which led to widespread disapproval within the movement and the rapid disappearance of this grouping. The pure syndicalists, sceptical of a specific anarchist organisation, also withdrew from the FACB after several months.

A follow-up conference held secretly in the mountains near Maglitch affirmed the need for a specific organisation, for tactical and ideological unity, and for a programme of action. Local groups federated into five regional organisations within the FACB.

As well as consistent propaganda, the FACB developed everyday agitation among workers and peasants with organisational work, the establishment of cooperatives, cultural groups, free schools and libraries. This period of relative liberty nevertheless involved the arrest of militants and the closing down of publications. Another coup took place on 19th May 1934 and the movement once more had to go underground. There was support for the Spanish Revolution in 1936 with 30 comrades managing to get to Spain. The dictatorship and the subsequent period of Nazism during World War Two limited much activity. The Bulgarian Communist Party itself, whilst also underground, had no liking for anarchists, as witnessed by its murder of the anarchist resistance fighter and agronomist, Radko Kaitazov, on the day of the liberation from Nazism in 1944.

This was a herald of what was to come: a new Stalinist regime, carried through by a military coup with the support of the Soviet Army, which took place on 9th September 1944. For a while the legal existence of the anarchist movement was possible, allowing the holding of a conference in October of that year in Sofia. Rabotnichetska Missal was once again published for four issues before it was shut down again by the authorities. The activities of local groups continued, leading to a well-organised secret conference on 10th March 1945 near Sofia. It was attended by 90 delegates. However, the secret police conducted a raid and arrested all the delegates who were then placed in a concentration camp. Fortunately, circumstances within the new Stalinist regime led to their liberation and the publishing of four issues of the paper. The print run shot up from 7,000 to 30,000, and if there had not been paper rationing, there would have been 60,000 printed! However, the occupying Red Army subsequently suspended the paper because its soldiers were reading it and were starting to come under the influence of anarchism.

The regime now instituted a new period of repression, with anarchists being interned in concentration camps. Another secret conference took place in Sofia in August 1946 with 400 groups represented. An underground duplicated bulletin replaced the banned FACB paper. A further wave of repression was carried out in December 1948, two days before the fifth congress of the Communist Party. More than 600 anarchists were arrested and detained in concentration camps. Many militants escaped abroad, the exodus starting in 1946 and continuing up until 1951. These militants established the Bulgarian Anarchist Union in exile, working within the anarchist international organisations of the International Workers Association (IWA-AIT) and the International of Anarchist Federations (IAF-IFA).

With the fall of the different Stalinist regimes throughout Eastern Europe, the Bulgarian anarchist movement re-emerged from clandestinity and established the Bulgarian Anarchist Federation, which exists to this day.

The history of the anarchist movement in Bulgaria is one marked by great heroism, of fevered propaganda and activity, often under very difficult circumstances. Bulgaria was one of the countries where anarchism developed outside of small groupings to become a large movement. It deserves far more attention than it has received in the past. The publication of this book on the life of the exemplary anarchist militant, Alexander Nakov, is hopefully the beginning of a re-evaluation of that movement.

For those in Canada and USA, it might be cheaper to order direct from Black Cat Press: http://blackcatpress.ca/Nakov.html

I've noticed that the link given above to the book The Dossier of Subject no.1218: a Bulgarian Anarchist’s Story by Alexander Nakov is broken.

Here's a link that works:

Many militants escaped abroad, the exodus starting in 1946 and continuing up until 1951.

Indeed, not a few of them arrived in Sydney in the early 50s. Exiles from the CNT-B, the pre-war Bulgarian section of the IWA, organised themselves as 'The Sydney Anarchist Group' in 1956 and published the Bulgarian language anarcho-syndicalist publication 'Our Road' well into the 90s.

The SAG distributed a leaflet advocating anarcho-syndicalism at the May Day march organised by the NSW Trades and Labour Council (now called Unions NSW). The Secretary of NSWTLC brought the leaflet to the attention of the NSW Police and they were shooed away.

Members of the SAG hung around the periphery of the Sydney Libertarian 'Push' who met at the Royal George Hotel in Sussex St.

In 1966, the SAG established the 'Anarchist Cellar' in a basement of a tailor's shop at the corner of Glenmore Rd. and Oxford St. in Paddington for the purpose of reading and discussing texts on anarcho-syndicalism but was soon overrun by charismatic Anarchist and well-known advocate of LSD, Bill Dwyer and his associates (LSD was not illegal in Australia until 1968).

George Hristov and Alex Bonev of the SAG participated in the anarcho-syndicalist conference in January 1986 that founded the ASF (admitted to the IWA as the Australian section in 1988).

There is also Jack Grancharov, known widely as 'Jack the Anarchist' who was a regular speaker at the Domian and more of a 'anarchist-communist' than an 'anarcho-syndicalist'. 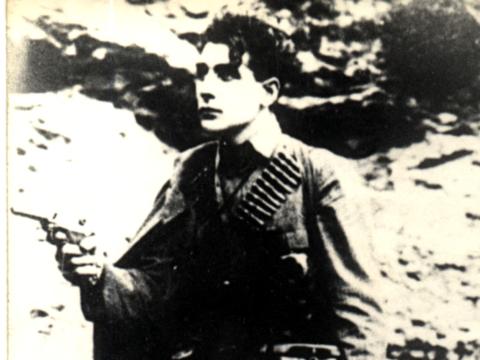 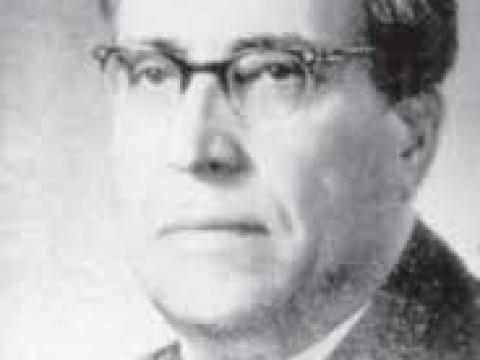 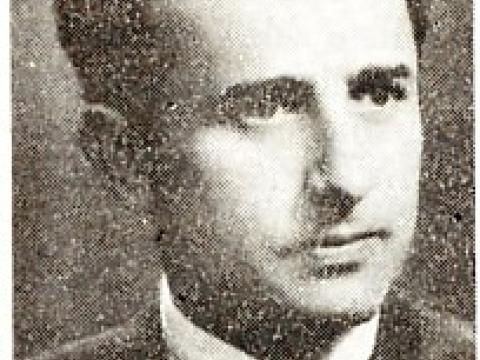 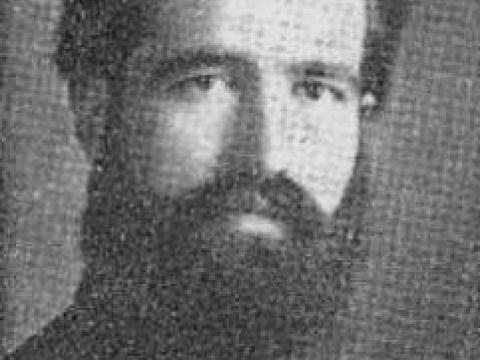