Representative H.L. “Buzz” Ephus, D-Death Valley, sipped on his beer, settled into his armchair, and fixed his gaze on the talking head of President Quayle. Quayle held up a large bag of “ice,” pointed to it, and droned on about his “War on Drugs” without even cracking a smile. Ephus whistled appreciatively.

He took another sip, turned down the TV, and began to think of ways to turn drug hysteria to personal political advantage. Quayle had staked out the popular ground on the issue of illegal drugs, and there wasn't much to be done about it short of advocating “Islamic” penalties. Ephus chuckled as he imagined ripping the lungs out of marijuana smokers and the nasal passages from coke snorters, but he soon abandoned the thought. Those penalties were so vicious that even those connoisseurs of inflicted pain, his constituents, wouldn't approve of them.

That left the legal drugs. Ephus knew that alcohol killed well over 100,000 people a year, including tens of thousands of drunk driving and murder victims. But a majority of non-drug-using adult Americans used alcohol on a regular basis, and Ephus was enough of a realist to know that any attempt to inflict severe legal pain on them would be doomed to failure.

That left tobacco. It was more addictive than heroin. Every year it killed over 300,000 of its users, causing almost 100 times as many deaths as all illegal drugs combined. And it even killed 5,000 nonsmokers annually via second-hand smoke. Best of all, its use had plummeted in recent years; polls had shown that only 27% of the adult population still used the vile stuff, and that many of them were minorities in the lowest economic brackets, in other words, nonvoters.

Tobacco was the only choice. But with over a quarter of the population still addicted to it, it would be impossible to enact the sort of draconian penalties for tobacco use which had proven so popular when applied to users of less common drugs. Ephus knew he had a problem, but one which properly solved could lead to big political rewards.

The following week he announced his plan from the steps of the capitol in Sacramento. It had three parts: First, that an additional $1 per pack tax be added to the levee on cigarettes; Second, that the legislature mandate that every ten millionth cigarette sold in California be impregnated with cyanide; Third, that the cigarette tax/poisoning program be combined with the existing state lottery and that the result be promoted as “The Hot One.”

Under the proposal, the next of kin of “winners” would become instant winners themselves; they would collect $10,000 on the spot merely by hauling the cadaver and the unsmoked portion of The Hot One to the nearest lottery outlet. As a bonus, they would be eligible to participate in a drawing to appear on The Big Spin.

The proposal caused an uproar. Nonsmokers generally approved of it, but many felt that it didn't go far enough. A particularly vehement anti-smoking group, Nonsmokers Against Smoking Tobacco o7 3 In Everyday Situations (NASTIES), publicly urged that the poison used be botulin toxin. They argued that hour upon hour of retching, agonizing pain, and hallucinations followed by death would be a fair payback for the misery, discomfort, and disease caused by second-hand smoke.

Ephus acknowledged the merits of their suggestion, but argued that it would make his proposal unworkable. Botulin toxin would require several hours to take effect, by which time The Hot One would have been discarded. He argued that this would destroy the integrity of the system, as the heirs of any clown who picked the wrong can of vichyssoise could haul their dear departed to the nearest lottery outlet and claim $10,000 rightfully belonging to smokers.

The anti-smokers remained unconvinced until Ephus played his trump card: “Look, if cyanide is used, the next time you're in a restaurant and some idiot pulls out a pack of cigarettes, you'll know there's a chance that the jerk will be face down in the lettuce and thousand island within seconds. If botulin is used, that won't happen.“

That they bought; and the botulin suggestion was immediately withdrawn.

Smokers were initially edgy about Ephus' proposal, but they warmed to the idea after he explained, “You know, the average smoker smokes about a pack a day. That works out to 7,300 cigarettes a year. At that rate you'd have to smoke for 1400 years before hitting The Hot One! Hell, your chances of getting eaten by hogs are higher than that!!”

After Ephus explained the minimal risk to smokers, popular opposition to The Hot One melted away. Male smokers quickly realized that a little additional danger would enhance their already macho image, and Ephus' bill was promptly enacted into law.

Within a week Ephus announced his candidacy for governor, lotto fever hit the smoking public, and the day that the first Hot Ones went on sale there were lines at cigarette counters all over the state.

Two days later the first winner, Heber Benson, dropped dead in a Chinese restaurant in Fresno. The other customers were ecstatic, and Benson's wife, a fundamentalist christian, shrieked that the “rapture” had come when she hauled Heberto the nearest liquor store and received her $10,000. The Lottery Commission lifted her even higher with another $10,000 for permission to use Heber's name and image in The Hot One's promotional campaign.

Both campaigns were spectularly effective. Ephus won the governor's race in a landslide, and today, a year after the first winner bit the dust, you can still see ol' Heber scampering around in lottery commercials humming When You're Hot, You're Hot.

Lottery earnings and disbursements to schools have doubled--the schools now receive two dollars per child per year—and even the surgeon general's warning on cigarette packs has a kinder and gentler tone: “Warning: If you purchased this pack of cigarettes, you may already be a winner.” 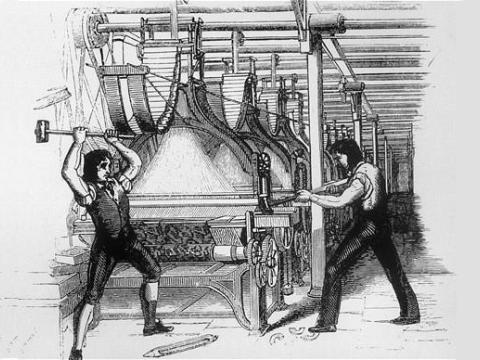 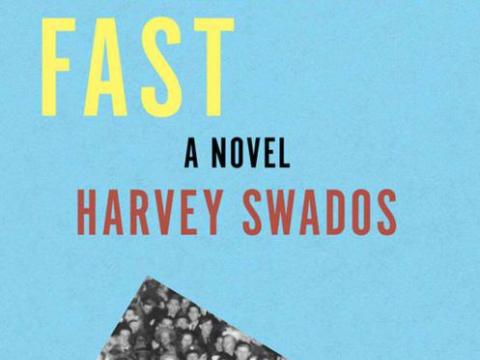