An account of some misogynist dynamics within the Occupy movement and the need to challenge them.

Back in the days of our encampment, I remember reading and hearing discussion about Occupy's "asshole problem."

I remember my mother, after one of many General Assemblies she attended, talking about the libertarian derailers, intent on hijacking, who tried to block any collective action unless it fit within their narrow pro-pot agenda (which is not actually an agenda I oppose, mine's just longer and broader, such as, how can we get a government system that will be reflective of the will of the people on issues like pot? But I digress).
I remember meeting after meeting where the people who talked the loudest and most proceeded to complain about being unheard, when all that had really transpired was people not agreeing with them (freedom of thought and the right to have people agree with you are irreconcilable, so the right to be heard necessarily has to stop there, at the right to speak one's mind).

With hindsight to put the pieces together, a bigger picture emerges. I remember who in particular these people were - male, predominantly white, alienated and resultantly defensive, and at their absolute worst anytime they were confronted by women.

When I facilitated meetings, they pushed back. When we talked about making space for other voices, they screamed about being silenced. And they are still with us; anyone hearing stories of the May Day General Assembly (GA) or watching Occupy Vancouver facebook discussions can't avoid seeing it. What we are really seeing is Occupy's misogyny problem, and it's one the movement shares with, oh, the rest of planet Earth.

By and large, they are the boys I grew up with - demographically speaking, that is. They are around my age, late 20s into 30s; most of them have little in the way of formal education and speak proudly about rejecting such societal constructs - albeit underlaid with a high degree of insecurity.

Most have struggled with economic marginalization, coming from that same place I grew up, looking up at the poverty line. And they are angry. Few seem to be engaged in any sort of intellectually or emotionally fulfilling work, and instead experience physical exploitation in grueling labour positions.

I grew up playing video games and late night D&D with them. I empathize with them in a lot of ways. They come from a generation of men experiencing social displacement connected to changing gender roles - a transition that is absolutely imperative, but nonetheless left these men without accessible mentors or models, as they were told not to follow in the footsteps of their fathers, and a great many grew up without fathers to help them navigate this shift.

Taken together, the result of all of this is intense feelings of alienation. And like everyone in our society, they grew up with patriarchy.

Patriarchy is historically rooted in male ownership of, and thus entitlement to, female bodies. Media gives us no shortage of examples of this; 'be a man' type statements are underwritten with the notion that accessing women at will for sexual and other kinds of personal gratification is the basis of socially acceptable masculinity, providing yet another source for the feelings of exclusion and rejection these men carry.

Due in large part to the social and economic factors I've identified, and exacerbated by their personal anger and defensive tendencies to reject before they are again rejected, in my experience these men tend not to have many close women in their lives, and express not having the level of sexual "success" they desire - unwittingly parroting that patriarchal construct about access to women.

They aren't getting what their society tells them they are entitled to, and that's the last on a long list of grievances against a world they don't feel wants them anyway. But this time, it's a grievance with a clear culprit, nothing so nebulous as social systems or economic models: they blame the women by whom they feel rejected, and the result is this embodiment of misogyny.

And in Occupy Vancouver, this problem has blown up. One of these men had an intimate encounter with a woman in the movement. After, she had no desire to continue it, but he did, and we have all seen the ensuing confrontations. What's at stake is not establishing exactly what happened between these two but rather our ability - or inability - to create a culture within our movement where women's boundaries are acknowledged and valued.

No matter what exactly transpired between these individuals, one thing is clear from the proliferate collection of written communication between them that the male party publicized in a misguided attempt to defend his actions: he felt entitled to continued sexual contact with her, despite her expressed boundary. What's more, and in equal parts telling and worrying, is that his reaction to being denied continued sexual contact was to claim that he was being abused and oppressed, an idea deeply rooted in that patriarchal presumption about men's right to women's bodies.

In an attempt to address this situation and defuse the mounting anger on both sides, I spent many hours in conversation with this man and some of his friends. I heard stories and stances that echo so many I have heard form my male acquaintances in this same demographic subset: women who were "users" because they "got what they wanted" and then didn't give him what he wanted - that is, he freely consented to a request from her and carried the expectation that he was then entitled to similar consent from her.

I hear analogies like "imagine you lent a friend money, and then they refused to do the same for you when you were in need," with no awareness of the extent to which such analogies reinforce the notion of women as property, an asset; with seemingly no understanding of why it might be problematic to assume that because one person at some point wants something another person also wants, that they will also want whatever else that other person wants.

When a person consents, it is specific to a moment, a situation; when a woman consents, she is not consenting to a man's right to her, but to a shared desire, in a specific context and at a particular point in time. The latter necessarily does not imply the former. Talking about the social programming that women have to overcome in order to assert boundaries with men, and the resultant necessity that men listen to and don't try to push past boundaries that women do assert, I was met with stories such as a time one of them had a sexual encounter with a woman and "wanted to go again" even though she said she didn't; he proceeded to pressure her into changing her mind (although I admit, I avoided asking about the outcome of that particular chain of events). Time and time again, I met with that "but that wasn't bad, was it?" challenge. That same sense of entitlement.

I don't think these men are inherently bad people, at all, but I do find it necessary to challenge their misogyny, rooted as it is in what amounts to a cycle of oppression; the transference of the hatred and contempt they feel the world has for them onto the women around them. They blame women for their feelings of alienation because when we can blame someone who has even less power than we do, it is easy to enact our anger without social reprisal.

These men cite the constitution and state that they must be proven guilty, denying the power imbalances upon which these situations are built. In the court system, an accused person has the right to the presumption of innocence because they are in a situation where they face accusations from a system that is more powerful than they are; the weight of the crown prosecutor and law enforcement is brought to bear on them, and what's at stake is their liberty, in the most basic sense of the term - personal freedom to live outside the confines of a jail cell.
When a woman seeks support in a situation of harassment or violence, the power situation is reversed: the accusation comes from the party with the least power. When the power balance is reversed, so too must the burden of proof be. To presume innocence not only defies statistical and established truths about such allegations by women, but in essence extends the oppression of women, assuming once again that the man knows best, even when the issue is the woman's body.

It's a red herring, at best. The issue is women's safety, not men's honour or reputation. Frankly, when we get to a point that all women have to fight to defend is such intangibles because their physical integrity is no longer under threat, we'll be living in a much more equal world than we are today.

Until such a time as that, we have to continue to be bold enough to take collective action in defense of our sisters. A revolution that does not seek to address systemic patriarchy is not a revolution but just another manifestation of the status quo.

These men do not need our condemnation, they face no shortage of that from the world at large, but they do need us to continue to assert clear boundaries and enforce them when necessary. The challenges these men face will not be resolved through conflict with the women around them, but through challenging the social structures that do contribute to their lived experiences of alienation.

And that means taking away the safe and comfortable scapegoat of blaming women, so we engage in struggle not with each other but with the systems in need of transformation. Doing so is essential to both their liberation and ours.

Sasha Wiley is an adult ed teacher/union activist, and a part-time slam poet. She was a BC Teachers Federation (BCTF) status of women rep for three years and co-chair for one on their Committees for Action on Social Justice.

The challenges these men face will not be resolved through conflict with the women around them, but through challenging the social structures that do contribute to their lived experiences of alienation. 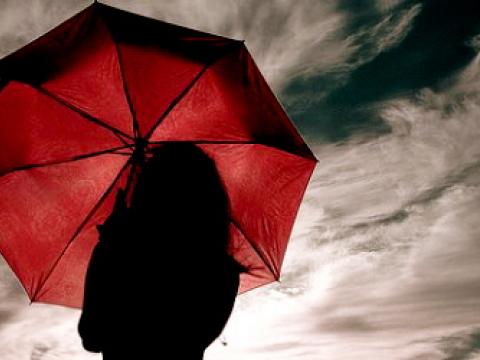 In the following article, Sarah M, a sex worker in Canada who would like to “exit” the industry,… 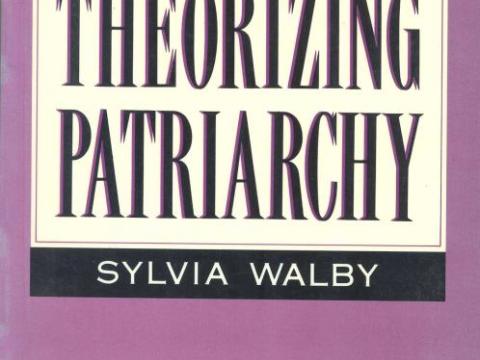 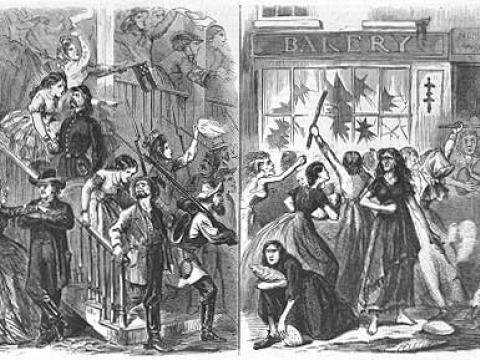