Individuals and minorities in the framework of direct democracy

In the wake of Brexit and Trump's presidency many have rushed into questioning the decision-making abilities of society. Is direct democracy guilty for the current faults of the system or on the contrary, the absolute lack of it?

First of all, direct democracy, the democratic regime I’m thinking about, is not paradise on earth.
It’s not the perfect regime, and I don’t know what perfect regime means.
Cornelius Castoriadis [1]

With the recent electoral success of the far-right in Europe and around the world certain fears of society, of the excessive masses, has been resurrected among liberals and leftists (if such fears were ever dead). They are rooted in an elitist tradition, shared by many political tendencies, that views society as inherently irresponsible, if not even cannibalistic, and thus in need of restrainment by enlightened extra-social institutions which to keep it “civilized”.

This etatist logic opens one deeply hobbesian dilemma for us to choose between having individual liberties or political participation, often viewed by it as tyranny of the majority. Thus our very individuality is being presented as incompatible with one participatory project, in which sooner or later the former will be absorbed by the latter.

On the fear of politics

Hannah Arendt, a sagacious thinker who has never neglected the importance of civil liberties, views this dilemma as strengthening representation in the expense of political participation. For her the essence of this logic is the superiority of the private and non-political over politics and democracy. Arendt views in this dilemma a shift in the meaning of freedom and warns us to not mistake this private logic with freedom nor "to equate these preliminaries of civilized government with the very substance of a free republic. For political freedom, generally speaking, means the right to be a participator in government or it means nothing".[2]

The anti-political essence of this heteronomous dilemma and the etatist logic behind it is being masked in progressive terms, as fear for the minorities whose rights are threatened by one “homogeneous” whole. However, they are steeped in parochial and romantic rhetoric, invoking the need of an extra-social “defender” to protect the individual and the minority from the majoritarian monster. What they count on for protection are the institutions and mechanisms of negative freedom, which the representative regime offers. Such that restrict and prohibit, like constitutions, and suppress, like the repressive state apparatus.

The philosopher of autonomy Cornelius Castoriadis counters this logic with the suggestion that constitutional arrangements could also be contracted in one direct-democratic setting.[3] Why then should constitutional restrains fail in direct-democratic conditions and succeed in representative (oligarchic) ones? To this question we can only answer that there cannot be constitution that will not be revised at some point in time, for even if it does not foresee it, could then be changed by means of force, if society deems it necessary. Castoriadis points at the countles constitutions that have become just scraps of paper.[4] For constitutional arrangements can't stop people that are determined to overpass them. What can one do is act against the emergence of discriminative tendencies.

We can see today, as well as in many cases in history, that representativity is by no means the protector of individual and minoritarian liberties. Often politicians exploit xenophobic impulses that are latent in society to take hold on power. And as usually in representative democracy, those that elect them are also minority, since most often the majority consists of those that refuse to take part in the electoral process. Thus certain minority manages to obtain some privileges (but not political power since after the day of the vote they can't participate in the political decision-making), in the expense of the rest of the population. The German historian Robert Michels concludes that “the government, or … the state, cannot be anything other than the organization of a minority. It is the aim of this minority to impose upon the rest of society a ‘legal order’ which is the outcome of the exigencies of dominion and of the exploitation of the mass…”[5]

For Castoriadis, the belief in the additional guarantee that representative (oligarchic) institutions contain for civic liberties is rooted in a tradition of certain historic reinterpretation of Antiquity. This tradition tends to underline the negative moments in the historic experiences of direct democracy. And while Castoriadis himself does not negate the moments of folly of the Athenian demos for example, he reminds us that "there have been elected, representative chambers that also have had some and that have made bad decisions."[6] It is not the representatives that protect our liberties but certain arrangements that resulted not simply from the statesmen that have signed them, but by pressure, exercised by large sections of society. And if they hold, it is because the populace is deeming it so, not some representatives.

But for the advocates of "rights-or-participation" dilemma these arrangements and certain procedures that are designed to preserve them are not enough if they are not backed by the repressive apparatus of the state. According to Jacques Ranciere, this hatred of democracy is being expressed through the effort of the "rational state" to tame the excessive popular passions.[7] Here again we see politics being sacrificed in the name of the private, since politics are only thinkable, as Ranciere suggests, when power is being allotted among all, and not among the wisest, strongest, most enlightened, etc.[8]

Thus paradoxically the "defenders" of personal rights demand repression for the preservation of freedom. Punishment becomes the guardian of each individual, as long as he does not overstep certain boundaries, on whose determination however he does not have a say, thus diminishing his freedom and liberties. Here we should recall once again, the sobering logic of Hannah Arendt, that reminds us that
"no punishment has ever possessed enough power of deterrence to prevent the commission of crimes. On the contrary, whatever the punishment, once a specific crime has appeared for the first time, its reappearance is more likely than its initial emergence could ever have been".[9]

On the contrary of what the defenders of etatism and representativity would like us to believe, personal liberties and minoritarian rights are integral part of direct democracy, since its target is decentralizing power and thus the empowerment of every single individual. The theoretician of social ecology Murray Bookchin underlines the way debate, opposition and dissent actually enrich the communal way of life and democratic processes.[10] Without them, he continues, society can turn into "ideological cemetery" in which the hierarchical defenders of individualism stifle every dialectic idea, thus preventing the development of different individualities.

In the end direct democracy is an inclusionary project that aims at creating public space where various minorities and conscious individuals engage in dialectic and interrogative deliberation that results in the formation of autonomous society. If one group decides to impose its opinion and disempower another one then, as Judith Butler explains, they are actually asking for a right to exclude, which is hardly democratic in intent or in effect.[11] Thus in this case we speak for an attempt at system change rather than for system error.

Alongside with the more abstract arguments in favor of direct democracy, many have embarked on investigating, reshaping and proposing more concrete mechanisms and institutions that potentially could tackle the attempts of certain social groups to hegemonize the democratic processes and exclude others from the decision-making. Such proposals range from sortition and rotation of key social and political positions, so members of different minoritarian groups could hold them, through mechanisms for constitutional upholding, to citizen juries for reviewing and vetoing popular decisions.

The Israeli advocate of direct democracy Aki Orr underlines the importance constitutions have in one direct-democratic setting. He suggests that while there should be the option of constitutional changes to be made by the popular decision-making bodies, such should be allowed only when large majority is being reached (he proposes 80% of all the citizens).[12] Thus according to him an additional obstacle would be presented before large minorities with exclusionary intentions as well as before accidental or frivolous changes.

Castoriadis expands this logic and suggests that the administration of justice in one direct-democratic society should be additional task of already existing local decision-making institutions (in his vision he speaks of regional councils), acting and as “lower courts” in relation with “offences” committed within their area of jurisdiction.[13] While individual rights would be guaranteed by procedural rules established by the confederal decision-making bodies (which he calls central assemblies), citizens should have the right to appeal to their local council or assembly if they have felt any violation of their liberties.

Another approach to this problematic comes from Stephen Shalom, author of the political participatory model ParPolity. In his vision of confederations of nested councils the task of overseeing minoritarian and individual rights is being delegated to council courts.[14] Shalom suggests that these courts should be consisted of 41 citizens chosen by lot that serve two-year terms. For him this amount allows simultaneously for broad specter of social opinions to be represented while it remains small enough to allow for genuine deliberation to take place. The main purpose of these council courts should be to review decisions taken by deliberative decision-making bodies and veto them if they are in violation of human rights. Shalom’s insistence on sortition over elections aims at overcoming the danger of exclusionary tendencies that are flourishing through populist electoralism.

We can conclude that the choice between participation and civil liberties is one pseudo-dilemma. There is no inherent contradiction between individual freedom and broad civic deliberation. Instead the one contributes for the development of the other. By its very nature direct democracy requires constant polemical debate and questioning of the 'now', which demands the creation and maintenance of colorful and pluralist social amalgam. Mechanisms and institutions for the reproduction of this pluralism are already being investigated theoretically as well as have been tested in practice.

It is understandable that people can get anxious about their rights and freedoms when talking about social change. The historic experiences of Nazism and its genocidal behavior towards minorities on the one hand, and authoritarian socialism's trampling of individual rights on the other, have given enough reason for people to be wary when confronted with big promises for brighter future. But we must not forget that in both of these cases there were extra-social statist mechanisms that didn't offered the expected protection, while many people from below demonstrated maturity and often with risk for their own lives offered help to those less fortunate than them. Thus we can conclude that representativity and punishment are not guarantee for our freedom, but concrete measures, backed by conscious and politically active citizenry, are (to a much higher degree). To achieve this, there is the need of active citizen culture, created through popular involvement in political decision-making.

Paradoxically the defenders of personal rights demand repression for the preservation of freedom. Punishment becomes the guardian of each individual, as long as he does not overstep certain boundaries, on whose determination however he does not have a say, thus diminishing his freedom and liberties. 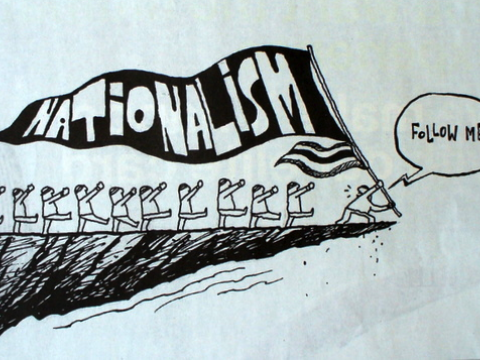 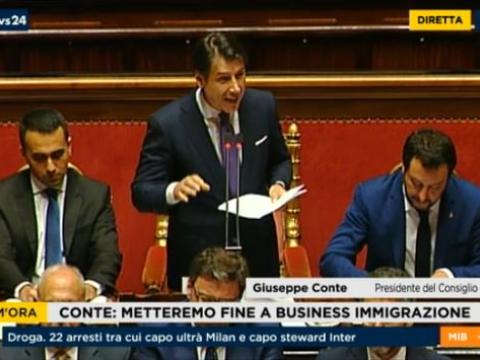 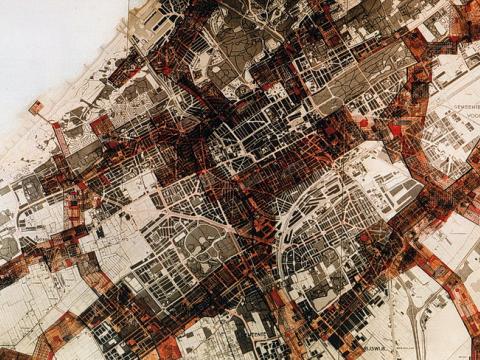 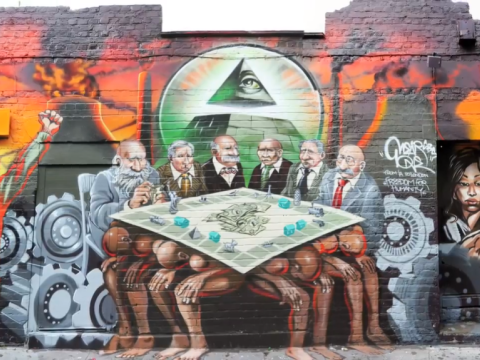