We've been hearing scare stories about the damage being done to the environment by co2 emissions for decades now. Terms like “climate change”, “greenhouse effect”, “the ozone layer” (more importantly, the holes in the ozone layer) and “global warming”, are part of everyday language. We know that the polar ice caps are melting, causing sea levels to rise and we know that the weather is doing crazy things in parts of the world that are usually temperate. And, we know that all this is being caused by the stuff we produce and how we produce it. What has our response been?

By and large, we've done nothing. In fact we've done the opposite. We've continued to create stuff. More and more stuff. We produce enough food to feed the world at least twice over and a third of it is wasted. We produce gadgets we don't really need, war machines to subjugate people, we plan obsolescence so that we have to keep producing things to replace other things so that the wheels of the global economy keep turning and profit keeps accumulating. Billions of humans, across the planet, spend a large chunk of every day, doing things they'd prefer not to to produce things they don't need in a process that is making the planet unfit for their habitation.

That sounds crazy, doesn't it? Yet that is life on planet Earth in the year 2014. It's not some dystopian science fiction yarn, it's real life. Why is it so? We are so distracted by reproducing ourselves at an individual level and at the level of the family unit, that we put these things in the back of our minds. We hope that someone else will fix things, or believe that somewhere, something is being done that will turn things around in the future. We laughed when Homer Simpson, responding to Lisa's warning about the planet destroying comet said "Lisa, the whole reason we have elected officials is so we don't have to think all the time. Just like that rain forest scare a few years back. Our officials saw there was a problem and they fixed it, didn't they?", but the reality is that we were laughing at ourselves and our feeling of overwhelming helplessness in the face of power and forces that are greater than our individual selves.

The response of the left has, on the whole, been no better. The desperate call for growth, sometimes preceded with the word “green”, is as good as throwing our hands up in the air and hoping a saviour will come. The worst thing about it, is that the left should know better. The radical left knows that the problem is capitalism, claims the solution is a socialist society based upon the maxim “from each according to their abilities, to each according to their needs”, yet continues to parrot the slogans of the last century. The philosophy of a time when we did need to increase production to meet the needs of all are no longer relevant, when the means to create a post-scarcity society are at our fingertips, and have been for decades.

The environmental lobby on the other hand has largely attempted to shame capitalism into greening itself, into being less destructive. It is akin to trying to convince a shark not to be a predator. The logic of capitalism is that profit is the motor force of history, that growth creates profit, therefore profit is good. We clearly need a new politics. We need a politics that can speak to billions of people whose lives are being turned upside down by changes in the global climate, in the way that the politics of the left was able to speak to billions one hundred years ago. We need to think about organising to not just to radically restructure society from the bottom up, but also to prepare to materially face these changes.

This issue of the Irish Anarchist Review attempts to deal with some of these issues. We don't claim to have all the answers, but we hope that the articles we present can contribute to a discussion about the type of politics, the type of organising that we need to do. We hope you enjoy reading this issue, but we also hope you will be inspired to agitate, educate and organise for change. Without our resistance, the future will be very bleak.

Editorial Committee: Mark Hoskins, Brian A., Aidan Rowe
Thanks to all members of the WSM for contributions, discussion & feedback.

The Workers Solidarity Movement was founded in Dublin, Ireland in 1984 following discussions by a number of local anarchist groups on the need for a national anarchist organisation. At that time with unemployment and inequality on the rise, there seemed every reason to argue for anarchism and for a revolutionary change in Irish society. This has not changed.

Like most socialists we share a fundamental belief that capitalism is the problem. We believe that as a system it must be ended, that the wealth of society should be commonly owned and that its resources should be used to serve the needs of humanity as a whole and not those of a small greedy minority. But, just as importantly, we see this struggle against capitalism as also being a struggle for freedom.

We believe that socialism and freedom must go together, that we cannot have one without the other. Anarchism has always stood for individual freedom. But it also stands for democracy. We believe in democratising the workplace and in workers taking control of all industry. We believe that this is the only real alternative to capitalism with its ongoing reliance on hierarchy and oppression and its depletion of the world’s resources.

Beyond Power/Knowledge: An Exploration of power, ignorance and stupidity

David Graeber discusses the history of social theory and its contemporary relevancy. 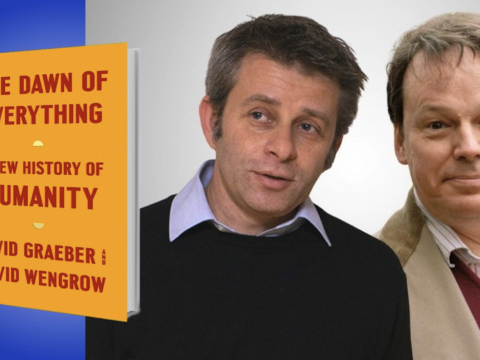 'The Dawn of Everything: A New History of Humanity', David Graeber and David…

No interest but the interest of breathing 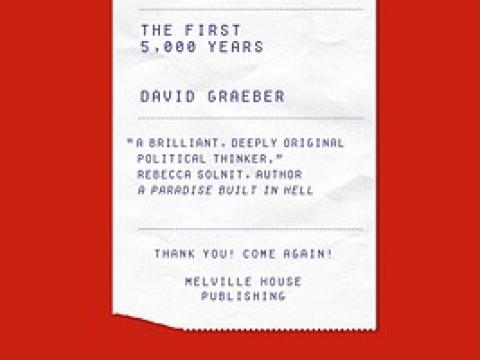