The whole policy of immigration and emigration today is crazy. Those who imagine the world’s economic ills are solved merely by shifting populations about are pursuing a will-o’-the-wisp that has been shown as such in many previous turnabouts. The present policy in England is to encourage English settlers to go to the Dominions and colonies (but really only skilled men are required); on the other hand, to tour the Continent for precisely the same trades and occupations to come to England. As internationalists, we do not in the least mind human beings labelled Poles, Czechs, Jews, etc. coming from one place and settling in another part of the world, which we regard as one. But it is absurd to suppose that this form of musical chairs solves any economic ills. Moreover, what it is intended to do is to people the countries like Australia and New Zealand with British settlers so as to exclude Asiatics to whom Australasia would be a natural space for expansion, while seeing to it that ‘foreign’ settlers here were Anglicised and absorbed; thus ensuring racial domination of a petty nature.

The case of the Jamaicans on board the Empire Windrush is a remarkable case in point, because while well-to-do Englishman are racing out to the West Indies to buy up mansions and chateaux at fantastic prices, and to live in the lap of luxury in that hideout, West Indians are in such dire needs and miserable conditions (‘sacrificed to Britain’s economic recovery’ as they say) that they are seeking to come across the Atlantic here. Five hundred Jamaicans, without jobs or homes to go to, are coming here; alas, it is true that they will have to face here not only the ills of poverty and homelessness attendant on unemployment (which they fairy-stories of manpower shortage cause to be unbelieved abroad) but also with stupid and ignorant colour prejudice. The English gentleman, on the other hand, travelling over to Jamaica to face the other sort of unemployment, that goes with castles and cocktail parties, will maintain and intensify that colour prejudice even more so over there where it is inextricably bound up with the more deep rooted and real class prejudice that is at the basis of it.

We welcome any breaking of nationalist ties and influences; but while this can be achieved by moving around the world freely, it is not done with these plans of emigration and immigration where prejudices are packed in the suitcases and assembled at the other end.

We do, however, offer greetings to the Jamaican workers coming here, who will learn that emancipation is not achieved through a change of frontiers but a change of systems.

Kathleen Paul writes about how 'Britishness' was constituted depending on one's race, class and gender and the state-sponsored emmigration of white Brits to the settler colonies:

We do, however, offer greetings to the Jamaican workers coming here, who will learn that emancipation is not achieved through a change of frontiers but a change of systems. 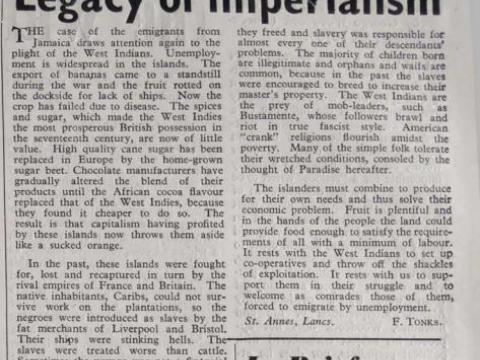 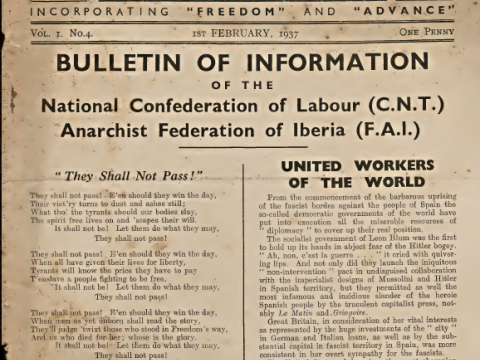 The fourth edition of Fighting-call, a journal of the Freedom Group and Anti-Parliamentary Communist Federation, from February 1937. 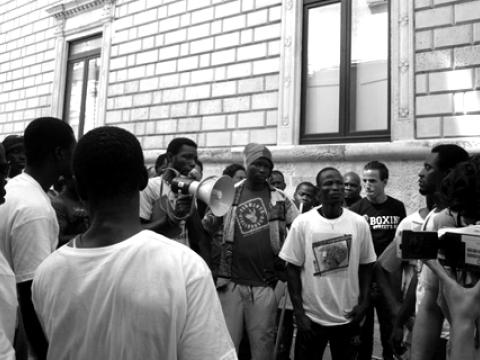 Migration regime and crisis - Notes for a workshop at the No Borders convergence, London, February 2012 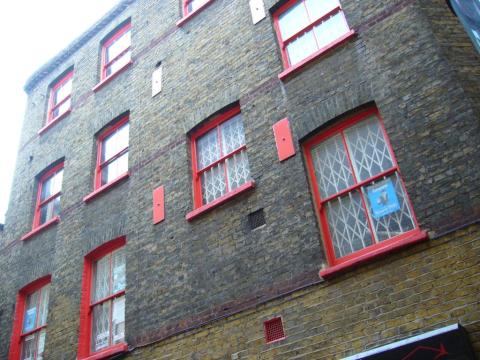 Invitation to a public meeting on Freedom Press

To whom it may concern, As you may or may not have already heard, Freedom Press is in some difficulty, both financial and in terms of volunteer…