After the bitter experience of World War I and the Russian Revolution, the global anarchist movement had to rethink its approach to revolutionary change. The application of science and technology to warfare, the "rationalization" of production, the rise of fascism, etc., created conditions not envisaged in Kropotkin's teachings, which were subjected to a thoroughgoing revision. But Kropotkin also had his defenders, who not only insisted on the relevance of his ideas, but also extended his critique of industrial society. Using a wide variety of sources, Vadim Damier examines these debates, which found their culmination in the CNT's 1936 resolution on libertarian communism.

This is an excellent pamphlet and gives an interesting take on "worker anarchism". I don't FORAista identify as the model, but there is something that rings true in a sense of building the core for libertarian workers to specifically organize around in the absence of a specifically anarcho-syndicalist union.

For those of us who identify with the anarchist tradition of syndicalism I can appreciate this:

The basic approach of the Argentine worker-anarchists involved the
elaboration and revolutionary interpretation by Kropotkin of the notion of the French philosopher Alfred Fouillé about the transforming role of “idées- forces,” namely, “thought leading to action.” Anarchist ideas,Kropotkin assumed, stimulate “a multitude of acts of revolt: first, individual revolt
against capital and the state; then collective revolt: strikes and working class insurrections – both preparing, in people’s minds as in their actions, a revolt of the masses, a revolution.”

To this notion about the motive power of ideas (especially the ethical ideas of solidarity,
mutual aid and freedom), the theoreticians of the FORA added the conception (drawn from Bakunin) of “revolutionary gymnastics.” They assumed that in the course of struggling for everyday economic and moral demands, the workers could re-acquire a sociality forgotten or suppressed by capitalism, along with habits of solidarity and mutual aid. These habits, along with ideological and cultural work, could help the exploited overcome the disconnectedness intrinsic to existing society and the values imposed by it, thereby allowing them to break away from the usual assumptions upon which society is based, and develop within themselves an understanding of the “idées-forces” of social revolution and anarchist communism. The important thing was that this struggle be waged on the basis of self-organization, direct action and self-management, without political parties and bureaucrats.

This a nice, succinct summary of the debates of that time. It would be great to have more FORA stuff online in full - anyone know Vadim? Maybe he could upload any translations?

I'm also interested in M. Acharya's 1931 defence of anarchist communism on page 16. He or she talks about the content of struggle much more than others, including value and exchange, which is very 'communisation-like'. It would be neat to have their article in full.

Thanks for the article!

This may interest some and falls within the general "finalist" FORA perspective....

Lost Conversations: Questioning the legacy of anarchosyndicalism
By Scott Nappalos

Thanks! Now who wants to put these into English?

Thanks! Now who wants to put these into English?

You could drop Alias Recluse a message on here.

I actually translated a number of Arango's pieces. Translating Ideario and his book with Santillan would be huge, as would a collection of the various theorists and strategists Argentina, as one of the world's centers of the anarchist movement, produced over its golden age.
https://libcom.org/tags/emilio-lopez-arango

In the 19th century science and technology had served as a synonym for liberation; now they began to be perceived as yet another, more refined, form of slavery and domination. 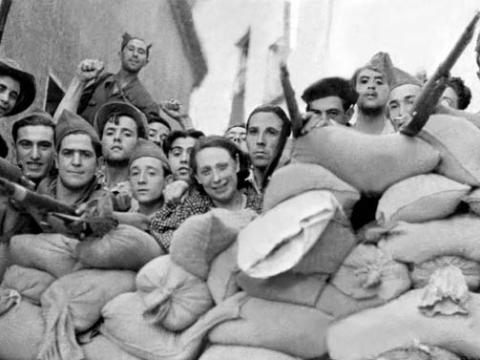 The Spanish revolution, past and future: grandeur and poverty of anarchism; how the working class takes over (or doesn't), then and now - Loren Goldner 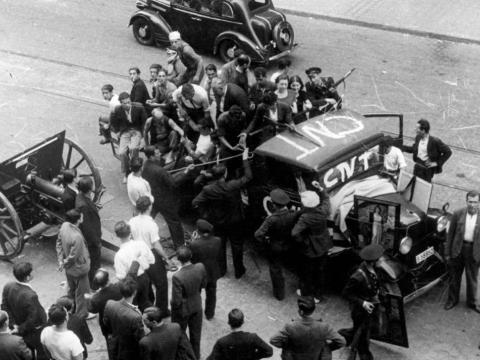 A significant, two-volume work by Robert Alexander, re-examining the role of the anarchists in the… 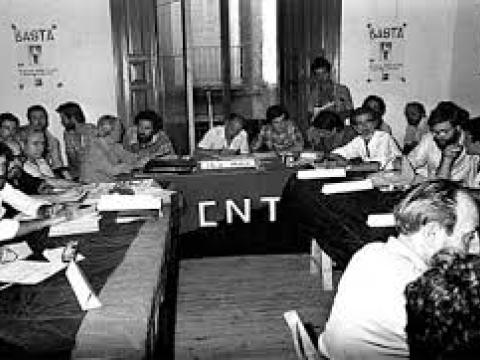 A new world in our hearts: the faces of Spanish anarchism

Book published in 1978 by Cienfuegos Press, edited by Albert Meltzer, giving an overview of the… 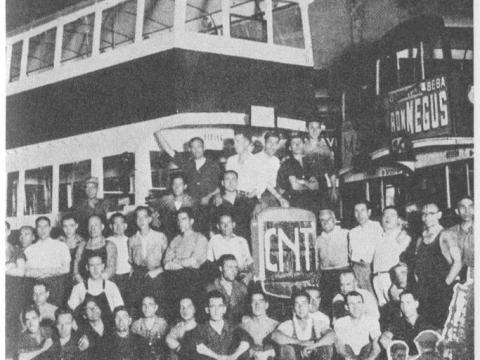 A critical account and assessment of the Spanish civil war and revolution, particularly focusing on the successes and failures of the anarchist…