Lenin on 'freedom of love' as a bourgeois demand

Letters from Lenin to Inessa Armand Written on 1915 where he describes 'freedom of love' as a bourgeois demand. Furthermore freedom of love is described as 'freedom from the serious element in love.. child birth... of adultery'.

I very much advise you to write the plan of the pamphlet in as much detail as possible.1 Otherwise too much is unclear.

One opinion I must express here and now:

I advise you to throw out altogether § 3—the “demand (women’s) for freedom of love”.

That is not really a proletarian but a bourgeois demand.

After all, what do you understand by that phrase? What can be understood by it?

1. Freedom from material (financial) calculations in affairs of love?

2. The same, from material worries?

4. From prohibitions by Papa, etc.?

5. From the prejudices of “society”?

6. From the narrow circumstances of one’s environment (peasant or petty-bourgeois or bourgeois intellectual)?

7. From the fetters of the law, the courts and the police?

8. From the serious element in love?

But then for nos. 1–7 you must choose a different wording, because freedom of love does not express this idea exactly.

And the public, the readers of the pamphlet, will inevitably understand by “freedom of love”, in general, some thing like nos. 8–10, even without your wishing it.

Just because in modern society the most talkative, noisy and “top-prominent” classes understand by “freedom of love” nos. 8–10, just for that very reason this is not a proletarian but a bourgeois demand.

The thing is not what you subjectively “mean” by this. The thing is the objective logic of class relations in affairs of love.

I apologise for my delay in replying: I wanted to do it yesterday, but was prevented, and I had no time to sit down and write.

As regards your plan for the pamphlet, my opinion was that “the demand for freedom of love” was unclear and—independently of your will and your wish (I emphasised this when I said that what mattered was the objective, class relations, and not your subjective wishes)—would, in present social conditions, turn out to be a bourgeois, not a proletarian demand.

You do not agree.

Very well. Let us look at the thing again.

In order to make the unclear clear, I enumerated approximately ten possible (and, in conditions of class discord, inevitable) different interpretations, and in doing so re marked that interpretations 1--7, in my opinion, would be typical or characteristic of proletarian women, and 8–10 of bourgeois women.

If you are to refute this, you have to show (1) that these interpretations are wrong (and then replace them by others, or indicate which are wrong), or (2) incomplete (then you should add those which are missing), or (3) are not divided into proletarian and bourgeois in that way.

You don’t do either one, or the other, or the third.

You don’t touch on points 1–7 at all. Does this mean that you admit them to be true (on the whole)? (What you write about the prostitution of proletarian women and their dependence: “impossibility of saying no” fully comes under points 1--7. No difference at all can be detected between us here.)

Nor do you deny that this is a proletarian interpretation.

So it appears that I am “identifying”, while you have undertaken to refute and demolish me?

Bourgeois women understand by freedom of love points 8--10—that is my thesis.

Do you deny this? Will you say what bourgeois ladies understand by freedom of love?

You don’t say that. Do not literature and life really prove that that is just how bourgeois women understand it? They prove it completely! You tacitly admit this.

And if that is so, the point is their class position, and it is hardly possible and almost naïve to “refute” them.

What you must do is separate from them clearly, contrast with them, the proletarian point of view. One must take into account the objective fact that otherwise they will snatch the appropriate passages from your pamphlet, interpret them in their own way, make your pamphlet into water pouring on their mill, distort your ideas in the workers’ eyes, “confuse” the workers (sowing in their minds the fear that you may be bringing them alien ideas). And in their hands are a host of newspapers, etc.

While you, completely forgetting the objective and class point of view, go over to the “offensive” against me, as though I am “identifying” freedom of love with points 8–10.... Marvellous, really marvellous....

“Even a fleeting passion and intimacy” are “more poetic and cleaner” than “kisses without love” of a (vulgar and shallow) married couple. That is what you write. And that is what you intend to write in your pamphlet. Very good.

Is the contrast logical? Kisses without love between a vulgar couple are dirty. I agree. To them one should contrast ... what?... One would think: kisses with love? While you contrast them with “fleeting” (why fleeting?) “passion” (why not love?)—so, logically, it turns out that kisses without Love (fleeting) are contrasted with kisses without love by married people.... Strange. For a popular pamphlet, would it not be better to contrast philistine-intellectual-peasant (I think they’re in my point 6 or point 5) vulgar and dirty marriage without love to proletarian civil marriage with love (adding, if you absolutely insist, that fleeting intimacy and passion, too, may be dirty and may be clean). What you have arrived at is, not the contrast of class types, but something like an “incident”, which of course is possible. But is it a question of particular incidents? If you take the theme of an incident, an individual case of dirty kisses in marriage and pure ones in a fleeting intimacy, that is a theme to be worked out in a novel (because there the whole essence is in the individual circumstances, the analysis of the characters and psychology of particular types). But in a pamphlet?

Really, I don’t want to engage in polemics at all. I would willingly throw aside this letter and postpone matters until we can talk about it. But I want the pamphlet to be a good one, so that no one could tear out of it phrases which would cause you unpleasantness (sometimes one single phrase is enough to be the spoonful of tar in a barrel of honey), could misinterpret you. I am sure that here, too, you wrote “without wishing it”, and the only reason why I am sending you this letter is that you may examine the plan in greater detail as a result of the letters than you would after a talk—and the plan, you know, is a very important thing.

Have you not some French socialist friend? Translate my points 1–10 to her (as though it were from English), together with your remarks about “fleeting”, etc., and watch her, listen to her as attentively as possible: a little experiment as to what outside people will say, what their impressions will be, what they will expect of the pamphlet.

I shake you by the hand, and wish you fewer headaches and to get better soon. 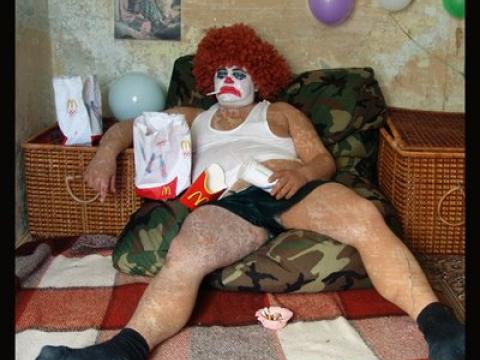 Redundancy: How It Feels - Beatrix Campbell 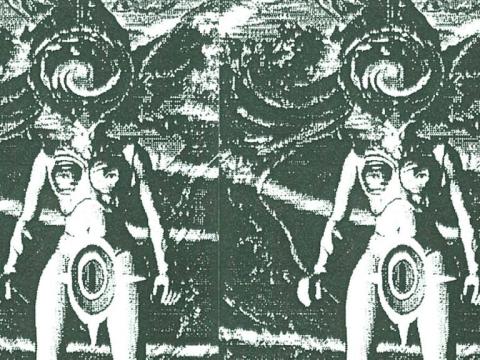 Neither womyn nor patriarch - Olias

Article exploring notions of gender and sex by someone rejecting their biological sex, together with editorial comments by the Troploin…
Image 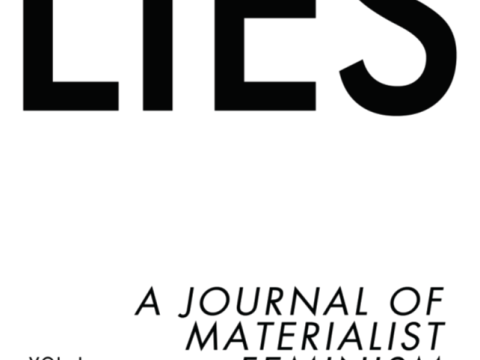 Lies - a journal of materialist feminism

...[The] more we read and wrote together, the more we desired a means to devise a theory and politics that is inchoate but at least our own…
Image 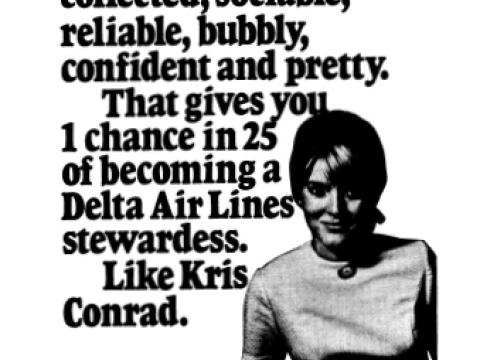 ‘A spontaneous loss of enthusiasm’: workplace feminism and the transformation of women’s service jobs in the 1970s - Dorothy Sue Cobble