In the aftermath of the London riots many people quite rightly remind us that riots and the mob is not a new phenomena but is almost as old as the city itself. The poll tax and the Gordon riots are often named as examples of this but part of the forgotten history of the working class is the English Revolution and the mob riots of 1641-42. England at the time was rife with riot and disorder in the countryside against the enclosing of common land for the profit of the few and for years areas such as the forest of Dean and the Fens were in a state of open and perpetual rebellion.

London too was a seething mass of economic and religious discontent with a large puritan following favouring a more democratic religion against the wealthy hierarchies of both Catholicism and the state Anglican Church. Indeed the country was been bled dry by Charles I wars to establish his version of Anglicanism on Scotland an Anglicanism that worried many about Charles possible intention to reintroduce Catholicism and the dictatorship of The Pope.

In November 1640 Charles, running low of finance was forced to call what became known as the Long Parliament to ask them to grant tax’s to finance a war in which most MPs sympathised with the puritan Scots. The Parliament refused to grant taxes or disband till Charles heard its many grievances.

In December 15,000 people signed the ‘Root and Branch’ petition which called for the abolition of Bishops and Deans from the Anglican Church. 1,500 people marched to present the petition directly to parliament and when it was eventually discussed on 8th February 1641 thousand of people mobbed Parliament and physically excluded Bishops from entering the House.

The next target of the mob was The Earl of Stafford the king’s chief advisor. Already viewed as an architect of Charles dictatorial rule and royal policy in Scotland he was accused of raising an Irish (and therefore Catholic) army against the Scottish puritans which it was feared would be used against the English themselves to get rid of Parliament and re-establish Catholicism.

One of the Long Parliament’s first actions was to call for Stafford’s impeachment. With rumours about popish plots and foreign invasion rampant the treachery of someone already viewed as a tyrant enraged the people.

An attempt by the King to suppress a petition of 30, 000 signatures calling for the speedy trial of Stafford failed and it was delivered to the Commons on 21st April by a crowd of 10,000 people who besieged the Westminster and posted up names of MPs who voted against a bill of attainder to find Stafford guilty without trial.

On 5th May crowds numbering 15,000 descended on Westminster forming a lane through which members of the House of Lords had to pass and endure their insults and chants for “justice and execution”. Indeed the Earl of Arundel the Lord Steward who presided over the trial had his carriage blocked by a crowd of over a thousand people till he promised them that he would make sure justice was done.

The crowd demanded that The House of Lords read their petition of the 21st to which the Lords conceded and invited in a delegation of the people. Again giving assurances that justice would be done the Lords requested that the demonstrators return home, wisely they did not. Indeed the King who was due to attend the House that morning “by reason of the tumult did not come”, whilst Lords had to retire home by river boat for safety.

One radical John Lillburn was heard to promise “if they could not have the Lieutenants (Staffords) life they would have the Kings”.

The next day the crowd again lobbied parliament demanding “justice” and “bread” and were only encouraged to disperse when parliament promised to conclude the matter in a week.

On 8th May the Lords passed the attainder to execute Stafford, under severe pressure from the masses, indeed afraid many of his supporters failed to turn up, once again the organised traders, apprentices, labourers and housewives of London had had their day. One commentator suggested “there is no equal temperature, or counterpose of power against the strong ingredient of the multitude”.

On 10th May a thousand out of work sailors carrying the flag of a ship marched towards the tower they pulled down two houses and only dispersed when two were shot and others injured by the Trained Bands.

The bill of attainder now lay with the King and he was urged “that no other expedient could be found to appease the enraged people, and that the consequences of a furious multitude would be terrible”. Knowing the danger posed by the London mob Charles conceded and tearfully sacrificed Stafford to protect his crown. Stafford was executed on 12th May.

Parliament was split between those who stood for order and those who afraid of the people bent to their wishes, whilst power in reality lay in the streets with the people.

On 23rd December the pro parliament Lieutenant of the Tower of London who had foiled an attempt by Stafford to escape was replaced by the Royalist Colonel Lunsford. With Lunsford having a reputation of being a swaggering cavalier and the Tower then still a military strong point the people were afraid this was an attempt at a military coup against Parliament.

Uproar ensured and people took to the streets, after three days Lunsford was dismissed but unaware of this thousands marched on Parliament on December 27th. Even after they were assured that Lunsford had gone they stayed on the streets and blockaded Westminster chanting ‘No Bishops, No Bishops’. The Archbishop of York ended up in a fight trying to arrest a boy and Lunsford and other dignitaries tried to drive the crowd away using swords leading to many ‘being cut very sore’.

The crowd defended itself using volleys of stones which drove back the dignitaries and then the masses were reinforced by over a hundred citizens and sailors armed with cudgels, truncheons and stones “who put the gentlemen to flight”.

During the riot some apprentices had been seized and were been held prisoner in the Mermaid tavern, when the Constable of Martin in the Fields failed to get the prisoners released through negotiation a crowd stormed the tavern and released them by force. Despite orders by Parliaments and a Royal proclamation to disperse, the people continued to occupy the streets all through the night.

The next day the King ordered the city militia called Trained Bands to muster whilst crowds of up to 10,000 many of whom were armed with clubs and swords prevented Bishops from disembarking from river boats and taking their seats in the house, afterwards the crowd attempted to storm Westminster Abby to release imprisoned comrades resulting in a fight.

The tumults continued which put all sides in parliament in a predicament. Since the King and Archbishop were gathering fighting men and troops Parliament feared a military onslaught against the city, on the one hand the mob protected Parliament from the Crown yet as with all men of power Parliament feared the mob. The demonstrations only dispersed when twelve Bishops who had protested that the votes of the Lords was invalid because they were prevented from sitting, were impeached. When they were imprisoned on December 30th the City’s church bells rang out in jubilation. Once again the power, organisation and discipline of ordinary people had humbled the authorities.

Having armed his supporters and mobilised the few elements in the Trained Bands still loyal to the crown, Charles then sought to arrest what was perceived to be the leaders of the mob who sat in Parliament. On 4th January the King entered parliament with a hundred solders armed with a warrant to arrest the five for treason. The five had been tipped off and as Charles noted “The birds have flown”, but he had still infringed the ‘privilege’ of parliament. He left the commons empty handed and in defeat with members shouting “privilege, privilege” as he departed, a chant that was taken up by demonstrators in the streets of London the next day.

In response to the attempted Royal coup all the shops in London closed, the waterfront and manufacture was at a standstill, in what was in effect a general strike armed citizens increasingly patrolled the streets.

On the night of the 5th The Kings coach was followed through the streets by a throng shouting for Parliament and some Aldermen and the Lord Mayor was plucked from their horses the Mayor having had his chain ripped from around his neck by protesting women who then left them to make the way home on foot.

The next day apprentices again took to the streets leading to a fight with royalists and that night fear swept through the city with rumours of a Royal military force about to enter London. The alarm went up and people went door to door to raise the call to arms. Chains were put across the streets to stop cavalry, thousands of armed men again mustered whilst women brought furniture from their houses to build barricades. Those who raised the alarm where mistook but the resolve and ability of the citizens to defend London by themselves was aptly shown and it would have been a rash decision indeed to have sent troops against such a determined and well armed populous.

Unable to control the situation and afraid for their safety the Royal household packed their bags and left, forced to flee London by mass protest.Charles eventually established his court at Oxford and the scene was set for war.

The revolutionary days in London set the scene for independent organisation of working people who turned the tide to Parliament’s favour at various stages during the civil war.

Civil disorder in England in the 1630s - Ian Brooke

A snapshot from history showing that the spirit of direct action and mass civil disobedience is very much part of the fabric of English history. 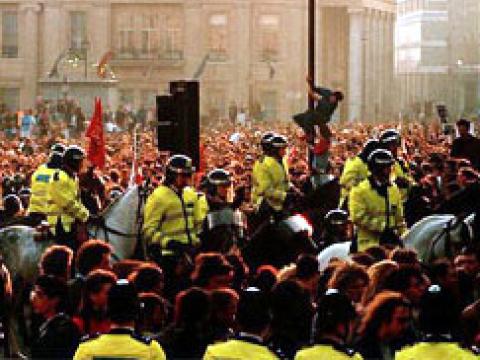 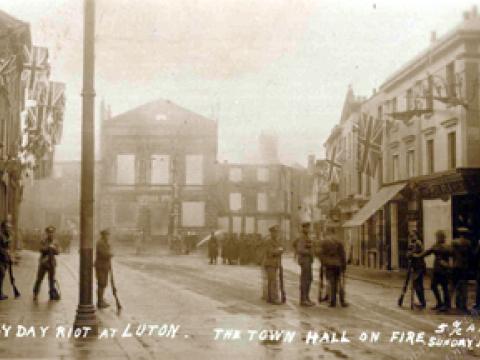 The history of the riots which flared up in Luton. Ex-servicemen and their families, angered by extravagant publicly-funded victory celebrations… 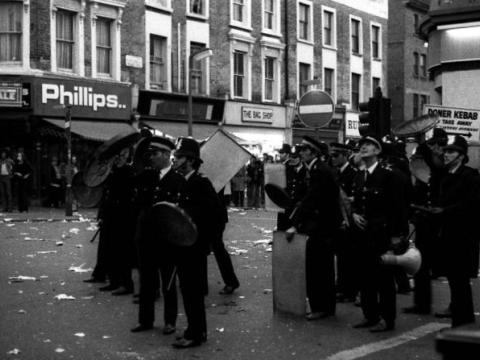