Mat Kavanagh and the History of Anarchism

Thoughts on Mat Kavanagh's writing, what he's trying to do with it and what it means for anarchist history

The historian G. M. Young reflected that no historian should begin writing until they heard the voices of the people they were researching. No problem with that rule here. Sometimes you can’t hear yourself with all the nattering going on in the boxes and on the shelves. It’s time then, I guess, to begin writing.

Idly browsing in the archive the other day (an activity much to be encouraged) I picked up a two-volume edition of John M. Robertson’s A Short History of Free Thought Ancient and Modern (London: Swan Sonnenschein and Co. Ltd., 1899). On the FFEP was the signature of Mat Kavanagh and on each fly-leaf were meticulous notes on Robertson’s text in Kavanagh’s copperplate handwriting. Kavanagh is a subject of one of Nick Heath’s excellent biographical sketches on libcom and I would urge you to read it, but I want to talk about Mat Kavanagh in terms of what we mean when we write, or talk, about the history of anarchism.

John Hewetson wrote a warm and appreciative obituary of Mat in the “Freedom” of March 20, 1954 (Mat died on Friday, March 12th, 1954). In it Hewetson said “very few comrades have been so widely known in the anarchist movement in this country for he addressed audiences in many towns.” In his The Anarchists in London, 1935–1955, (Sanday: Cienfuegos Press, 1976), Albert Meltzer writes of Kavanagh that “It was mainly due to his efforts that the Anarchist movement was kept alive during the difficult period between 1914 and 1934 when he still had much to give the movement.” Kavanagh then played an important role in British anarchism. Interestingly, though, you don’t find him in either George Woodcock’s Anarchism (London: Penguin) or Peter Marshall’s Demanding the Impossible (Oakland: PM Press, 2010) – not even a footnote.

So, apart from some aficionados Mat Kavanagh, it would be fair to say, is not well known now. Never mind that he tried to a hold a movement together by passing on its traditions and histories. Never mind he was a prolific and popular speaker – to some the public persona of anarchism and anarchy – and, I think, a clarifier of anarchist ideas. The problem we have is that he did not write all that much and what he did write, that wasn’t about figures from the anarchist past, was often in the moment, and not written with an eye to posterity which appears to count in some peoples eyes more than anything.

Throughout the nineteen thirties and beyond Mat wrote clear, lucid and straightforward sketches of anarchists who often had played a similar role to himself in the development of British anarchist organization and practice. Now, these were, as I said, written with at least a glance towards posterity. He was shrewd enough to realize that something was being lost and needed to be given whatever permanence he could provide. These biographical sketches became, in retrospect, pathways illustrating his own journeys in anarchism. His other writings though were different. They, too, were straightforward and lucid, but very much concerned with now. How to organize, the chances for anarchy after the war’s end etc etc In some of them we can certainly see progressions in his thinking. In the May 1935 issue of Freedom he appeals to Communist Party members over the heads of their leaders to join anarchists in common struggle. By the September 1944 of War Commentary he blanket criticizes the Independent Labour Party and its members for opportunistically adopting anarchist positions. All sense and possibility of collaboration between anarchists and other groups on the left does appear to have disappeared, in his mind, anyway.

Those of us interested in anarchist history are faced with something of a challenge here. We can certainly, if sketchily, find some traces of Kavanagh’s anarchism, but we need to put in some real work to be able to place his non-biographical writings in the social context they were written in. They are not candidates for subjects in a Ph.D. in political theory. Other writers will have to suffice for that. What interests me about his writings is Kavanagh’s sense of audience. Who did Mat write for? Now we know Mat worked for long periods of his life on building sites and, later, as a barber (there is a rumor that he cut George Orwell’s hair) and it struck me that we can see Mat’s articles as the written evidence of lots of conversations and discussions he must have had every day; if we go back to Robertson’s book and look again at Mat’s notes on the fly leafs, two things strike me. One, here is a working class scholar at work, making sense of a huge amount of information and following his own autonomous, intellectual trails. The second point is here is Kavanagh actually working out what knowledge he can take from this book that will be useful in his discussion on anarchism and anarchy with his work mates. It’s evidence, if you like, of a search for that really useful knowledge that will help inform his chats with people over lunch breaks, in the pub, and at various types of meetings.

Now, I wouldn’t dream of suggesting that working class people are incapable of understanding complex intellectual ideas, although I would suggest that complex intellectual ideas are very rarely capable of understanding working class people, but I’ll leave that for another time. I would argue, though, that some conversation (or discourse) may well be different from accepted “intellectual” discourse and, at least, just as important. In Kavanagh’s world you choose your words carefully, listen a lot, try and create a logic in the face of illogic, take the piss, have it taken out of you, argue, swear, and use examples and similes that reflect the common culture of work and social experience. Always you are prepared for unexpected challenges, agreements, and plain mockeries. This is not a place where you are talking to the converted and you can vent your spleen against all sorts of impure and hopeless paths to anarchy every other anarchist has taken apart from you and your mates – and you are not sure about one or two of them either. This is a different world that needs different writing. Put simply it is where the language of anarchism meets the language of everyday life. All this I think helps us understand Mat’s articles a little better. They are written appeals to people’s common sense, often taking them on apparently uncomplicated journeys from beginning to end, yet dealing beneath the surface with rather complex ideas and feelings. Now no one is saying that one method of writing is better than another. What I would say is that we need to be aware that writing like Kavanagh’s was an integral part of anarchist history and we should respect and perhaps look at it more closely than we have done.

Two final thoughts. I am, of course, struck by Mat Kavanagh’s desire to inform his contemporaries about their movement’s past. As I have grown older I can appreciate the critical role he played. For a movement that is often predicated on youth and excited and intrigued by the new Kavanagh played a critical role in maintaining continuity, memory, and culture. It’s easy to disparage the past, and the old ways as circumstantialism runs rampant (you know “circumstances have changed, things are not the same”). Of course adapting to circumstances can be good and, sometimes, not so good! Whatever the results of that discussion I am still struck by how many unwritten and unsung anarchists must have played a similar role to Kavanagh in other countries.

The second thought that struck me was prompted by a line or two in John Hewetson’s obituary. He wrote that Kavanagh’s “experience taught him to adhere to the traditional ideas of the movement.” Mm… I’m not quite sure what that means. I’d guess it’s a coded reference to the centrality of class struggle. It’s an interesting point though. When you are talking on the job, at lunch breaks or in the pub you chat about a common culture – the foreman is useless, we don’t need him. Look at how crap these tools are. No warning about overtime again. Those carpenters did a crap job (Of course sometimes you just get drunk and have a laugh and forget all about it!!) Whatever the topic you probably don’t begin to talk about any overarching new theories of social change. You start from where you are and what you see and feel. It’s hard enough to deal with the “old” never mind the “new”. That said – when Kavanagh spoke at all those meetings, or when Chaim Weinberg did the same in the USA, we do probably need to ask that, if they were recognized by their contemporaries as important to the spread and proliferation of anarchists ideas, what, then, was the anarchism they spoke about and what was it’s relation to the books, pamphlets and newspapers produced by the more well-known anarchists? Above all we might ask where are they in the histories of anarchism and anarchist thought and practice, and what anarchism have we all been building on and reacting to?

Originally posted at http://kslnotes.wordpress.com/2010/09/06/mat-kavanagh-and-the-history-of-anarchism/.
Reposted at http://www.katesharpleylibrary.net/vdnf0f and published in KSL: Bulletin of the Kate Sharpley Library No. 63-64, October 2010 [Double issue]

In Kavanagh’s world you choose your words carefully, listen a lot, try and create a logic in the face of illogic, take the piss, have it taken out of you, argue, swear, and use examples and similes that reflect the common culture of work and social experience.

An Appeal to the Young: Some thoughts on a best seller

A response to Kropotkin's classic pamphlet, discussing its strengths and limitations
Image 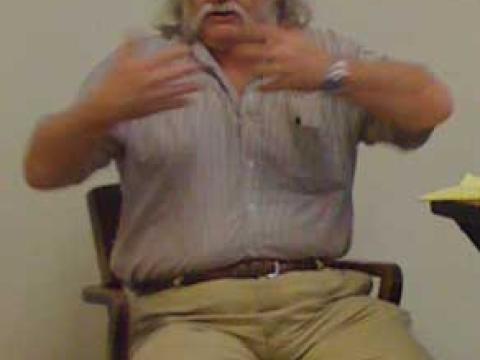 An excellent article by Barry Pateman about how it feels to be unearthing anarchist history, how it…

“Nameless in the crowd of nameless ones…” : Some thoughts on The Story of A Proletarian Life, by Bartolomeo Vanzetti, 1923

Some thoughts on Vanzetti's "Story of a Proletarian Life". Surely this work is one of the greatest working class autobiographies of all time?

An outline of the social revolution which exploded at the start of the Spanish Civil War, touching on how it happened and how it was crushed, as well as its significance for anarchists.