Megafonen: We don't start no fires

Swedish community activist group Megafonen responds to criticisms which have been levelled at it by the press for not condemning rioters.

Pantrarna (The Panthers) and the sister organization Megafonen (The Megaphone) are two community activist groups based in Swedish suburbs. Pantrarna are based in Biskopsgården outside Göteborg and Megafonen in Husby outside Stockholm, where the last riots of the past few days began. Both groups work for social justice and improvement and investment of and in the suburbs, self-organizing homework help and youth centres, among other things. Lately Megafonen have been accused in the Swedish press for not taking a clearer stance and condemning the rioters

We called a press conference to explain why our neighbourhood is in flames. We addressed the politicians, the police and the journalists. The media reports and calls on the government, the government calls for the police. The police calls on itself and multiplies its presence. We also called out to you, much earlier, but our calls fell on deaf ears.

The situation slips out of the hands of the police. The first night they send in more and more cops. It is symptomatic of the government’s policy. Control. Surveillance so that they never lose it. Though parts of society have already lost faith in society. The district is overflowing with police and reporters but the fires do not want to go out. More police are called in, the prime minister puts the blame on angry young men, and the conflict continues to escalate. More and more neighbourhoods burn.

It is tragic that public transportation, emergency services and police are attacked. Sad that cars burn, that homes and commercial buildings are damaged. We share the despair with everyone else witnessing the devastation in our own neighbourhoods. It is this desperation that forces us to look for structural explanations that attack the causes of this devastation.

Megafon does not start any fires. Why are journalists and politicians so interested in Megafon denouncing the rebellion? Coung people are being demonised to prevent all of us from seeing the truth – because the truth will sting. The editorial pages and the police also demonise us in Megafon, saying that we are responsible for what is happening – because we didn’t keep silent.

We understand that it is uncomfortable, even depressing, to have to reflect on what is happening in Sweden today. It is even more difficult for the government, the police force, and the large portion of the media that is a part of the reason all this is happening.

From our side, we see a government whose answer to social problems is more police. We see police brutality and harassment in our neighbourhoods. We see verbal racist abuse, fists smashing faces, aggravated assault with batons. We see the police aiming their service weapons at youths and shouting: “I’ll shoot!”

We see a school system being “reformed” over and over again, where we, our friends, and our brothers and sisters struggle to cope in schools that lack resources. We see that they can send their children to other schools. We see housing policies that create housing shortages. The human right to a home tossed aside for luxury condominiums. We see our rent increase steeply on the pretext that our building is being renovated when only the façade has been repainted.

Now everyone is on the side of the suburbs and competing to propose solutions. Where were you before everything set off? We were here and arranged homework help, lectures and concerts. We fought for our community centres and homes. Now we continue to stand up for our neighbourhoods and our city.

They want us to take responsibility. We don’t own any newspapers and control any state authorities. We take our responsibility by starting dialogues with those in our neighbourhoods, by organising and creating escape routes for the young people who are constantly demonised. We are starting a collection for residents in our neighbourhoods who have had their cars burnt. We extended a helping hand. No one should have to live in despair.

An ankle bracelet alarm goes off every time we go against what is expected. We continue walking despite the ringing. We walk because we believe in it, even when the bracelet starts chaffing. Stig Dagerman wrote, “The shackle chooses the foot, we chose to wander.”

We take our responsibilities, will you take yours?

We urge everyone in our district to organise for justice – if successful, no burnt-out cars or stones hurled. We will continue developing our work against police brutality, our educational programs, and show that there is a way forward for our communities.

On the Fires in the Stockholm Peripheries

The last week, Stockholm suburbs have been ablaze with fires. Cars have been torched in suburbs around the city and when the fire-fighters and police arrive they have been met by youths throwing stones. Why this? Why now? How come in Sweden? 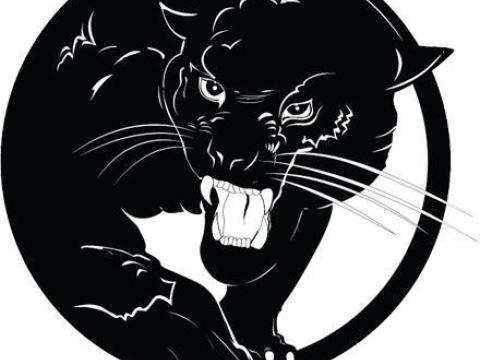 Pantrarna, "The Panthers", are an organization founded in Biskopsgården, a suburb of Gothenburg,… 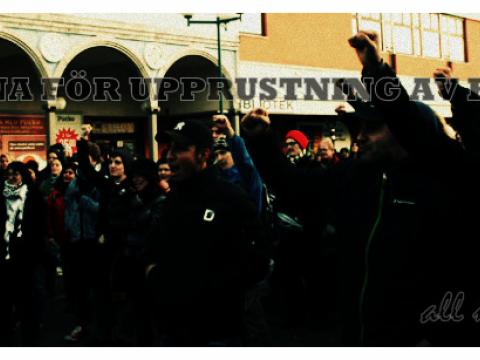 Sweden: Open letter to a nation on fire