Sweden: Open letter to a nation on fire

As Stockholm continues to be rocked by nights of riots triggered by police killing of a 68 year old man in the neglected Stockholm suburb of Husby, members of the Swedish community group Pantrarna (Gothenburg) writes to their sister organization Megafonen in Stockholm about their shared experiences of responsible, radical community organizing.

In writing this, we are first and foremost turning to our brothers and sisters in Megafonen. We were speaking on the phone just now, and suddenly you stopped in the middle of a sentence, saying:
"There's another car burning, we got to go".

You are standing in the middle of the storm. Your world is burning. And we are writing these lines in order to tell you: we know what you are going through, we admire how you've handled the events of the last few days.

A couple of years ago cars were burning in Biskopsgården. The cops did as they pleased those nights, and at the break of dawn the politicians did the same with words.

You know the score: the burnt-out cars, the broken glass on the streets: to the outside viewer, it seems like it should be such an easy thing to condemn it all. And this is what they demand of you, now when you are trying to say something about this uprising: you should never try to explain; you are just to join in the choir of condemnations, saying that burning a car, smashing a window, this is something which can never be forgiven. But no matter what you say, it'll never be enough. You'll never be able to write and say it enough times, despite the fact that you've been writing and speaking about it over and over in the past: you do not believe violence is a suitable method for achieving social change.

In TV studios and on the net, you constantly doing the right thing when you insist on trying to explain the fires rather than sticking to blanket condemnations of the youths. Because those who condemn actions without trying to explain them are also condemning the thoughts and experiences that gave rise to these actions.

To those of you who are watching these events from the outside
we write this to ask you: Can you understand the hand hurling a rock a police car? Could you even try to?

Imagine yourself as a kid, bullied for your accent and the way you look. The alienation. Pointless teachers sitting behind their desks earning their pointless wage. By lighting your first cigarette in primary you are hoping to become more accepted. You start hanging out with friends and together you try to roll with it. You become shaped by what you see.

During your teenage years, there's nobody there to listen to you. There's no one you can turn to. You are trying to make a life for yourself, but there's nothing to do. You apply for job after job, but Daniel Svensson is chosen ahead of you every fucking single time. You start losing heart. Try to seek out other ways. Some of you end up taking a wrong turn, others come out OK.

There are many voices saying that you have to make it for yourself, but things aren't that easy. The pigs are constantly harassing you. Weed is abundant. There is an itching temptation in your hand. Will you do it, or back off? Mounting peer pressure, and you find yourself agreeing to things you'd never do on your own. You feel as if there's no future for you. You're standing there with a rock in your hand. You're standing there with your life in your hands. Are you going to throw?

Megafonen. We think you are correct in judging the events in your suburb this last week a community uprising. We believe it is correct to point out that what we are dealing with are not youth riots, nor nonpolitical disturbances, but precisely an uprising; a reaction, something you pointed out in your last communique: "unemployment, substandard schools, and structural racism are the root causes to today's events".

When you find yourselves wavering, ask yourself this: what had this week been like if you hadn't been there? Maybe a retired old man had been shot to death in his apartment in a suburb and no one would have cared. Maybe. That's an answer: if you hadn't taken a picture of the body bag that was smuggled out in the middle of the night, despite police claims that the man had died at a hospital several hours before—then perhaps no one would have cared, and it would all have been back to business as usual.

When you organized the protest which some critics now single out as the spark which ignited the flames of revolt in the suburbs, you were doing the right thing.

Ask yourselves this: what is there to connect Hässelby or Fittja—where the summer night fires are also burning—with the man who was shot to death in an apartment in Husby? Nothing, maybe. What connection do you members of Megafonen have to the deceased? You didn't know him, he wasn't a relative. But there's something that connects us all. We feel sorrow when one of us dies. We stand in solidarity with each other. We live together, in our community.

We support you in every possible way. We know how frustrating it can feel standing where you are now standing, steadfastly trying to explain rather than condemn.

In Hammarkullen there are sometimes mounted police at the square. In Biskopsgården there are CCTV cameras that register whatever happens in the court yards. In Frölunda there are now rumors of commotions—calls and text messages whispering that maybe the uprising is spreading to Gothenburg, where we are struggling with the same kinds of problems as you in Stockholm: the militarization of the suburbs, the police brutality, the social regression. Summer is coming; yet another year. The sound of mopeds buzzing back and forth between the tower blocks. There's always this suffocating feeling in the suburbs. You know. The feeling that there's nobody listening, that no one is interested in stories about racist police, harassment, brutality. The feeling that maybe it takes fire for certain voices to be heard.

Now there are fires. We are standing here, together. Pantrarna and Megafonen.
If we didn't exist, who would then have taken on the responsibility of trying to understand the shadows roaming our streets with rocks in hand? These shadows who were born in Swedish hospitals and consequently registered at the Swedish tax agency; these shadows who have attended Swedish schools and who have hung out in youth Swedish youth centers and who want to work, pay taxes and die in this country, shadows that our Prime Minister still is capable of transforming into strangers by saying that their actions are the product of "cultural thresholds" - and as you, our friends in Megafonen, know, this is the only way in which he has attempted to explain the uprising: it's all about angry, young men that just need to overcome certain cultural thresholds in order to gain access to our broader society.
There's no need for us to point out the banality and racism of this statement.
There are shadows moving in this nation.

To all the politicians of Sweden...
we instead write this:
The people elected you. The people is all of us, together. The police are abusing their power and look upon us who have no uniform as dirt.  That's why we call the pigs. It's as simple as that. We have grown tired of constantly hearing those in power repeating a limited number of words that mean exactly nothing.

Take action instead of just talking. Be of some use. For example, you could establish an independent agency for investigating the police.

It is you who are in power, after all – so do something to help the people who elected you to sit there raking in the millions of kronor to your bank accounts. The crap wages the teachers get make them lose hope. They sit behind their teacher's desk without giving a damn. And so on. Cause and effect. If you insist on reducing every single political question to a police matter, then maybe we just should start electing police instead of politicians.
Yet another part of society died in that Husby apartment. That's why there are fires.
But you already knew that.

Finally. To all kids of the community out there in the streets.
All our brothers and sisters. Just stay cool.
Of course, media will stop reporting when things have cooled down in your community. They will pack their stuff and disappear for now. They're not interested in listening to your voices, your stories of police brutality, run-down schools, housing in need of restoration, closed-down community centers, discrimination. What they want are the burning cars, the smashed windows. That's why you have to go on reporting on your lives for yourselves when this uprising is over.
Media will inevitably malign your communities and write falsehoods.
Demand corrections.

There's one thing we might learn from this. Our voices do count. And if there's nobody else to listen to us, then we just have to talk to each other.

The Sweden Democrats are likely to gain another few votes, but we can never let ourselves be silenced. We will never shut up, we will speak, together. If they sow your lips shut, then you'll have to cut the stitches using your voices.
Our pockets might be penniless, but our eyes are rich.
All power to the people.

One hour documentary on the new forms of community organizing in Sweden
http://www.youtube.com/watch?feature=player_embedded&v=eG2LVIfBoIA

When you find yourselves wavering, ask yourself this: what had this week been like if you hadn't been there? Maybe a retired old man had been shot to death in his apartment in a suburb and no one would have cared.

On the Fires in the Stockholm Peripheries

The last week, Stockholm suburbs have been ablaze with fires. Cars have been torched in suburbs around the city and when the fire-fighters and police arrive they have been met by youths throwing stones. Why this? Why now? How come in Sweden?
Image Megafonen: We don't start no fires

Swedish community activist group Megafonen responds to criticisms which have been levelled at it by the press for not condemning rioters.
Image 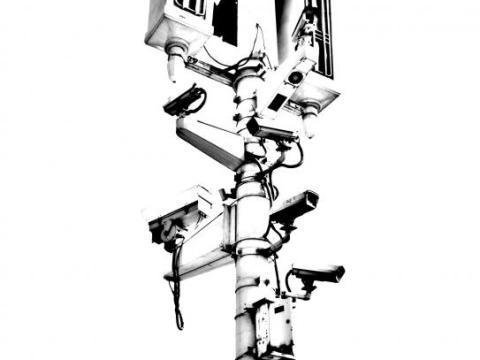 A bulletin by the Czech communist group Třídní válka/Class war on the Swedish riots.
Image 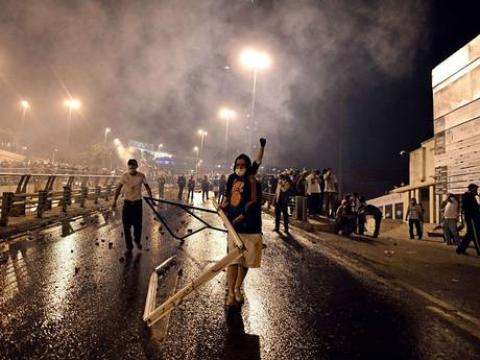 From Sweden to Turkey: The uneven dynamics of the era of riots

Short text about the current dynamics of what we have called "the era of riots". It was written…