The long-running saga of the 44,000 ex Luz y Fuerza workers in Mexico's central regions continues. Now the Sindicato Mexicano de Electristas has effectively abandoned 24,000 of its members in its negotiations with the government, prompting many workers to escalate their protests against the union's wishes. Two workers were arrested at one protest camp before quickly being released.

This is a surprisingly good article from Narco News:

Following President Felipe Calderon’s executive order that shut down state-owned Luz y Fuerza and put its 44,000 workers out of a job, Mexico’s other state-owned electricity company, the Federal Electricity Commission (CFE), began to remove equipment from Luz y Fuerza facilities. When Calderon shut down Luz y Fuerza, he put its infrastructure and territory under the CFE’s control. However, former Luz y Fuerza workers, who consider their sudden firing to be illegal and immoral and continue to fight for work, were outraged that the CFE was “plundering” expensive equipment from their former workplace. Workers set up protest barricades in front of their former workplaces in order to block the CFE’s trucks from hauling out more equipment. Representatives from the Mexican Electricians Union (SME) visited the barricades, informed the workers that they were engaging in unsanctioned protest activity, and requested that the workers remove them. Workers at many barricades refused the union’s request, and the union refused to recognize and support the wildcat barricades.

One such barricade was the one located in Lechería. Former Luz y Fuerza workers established that barricade on December 7 when a caravan of CFE trucks tried to haul away a turbine from the power plant. The barricade cut off access to the power plant to prevent CFE workers and the contractors and police that accompanied them from removing more equipment. Anywhere between five and twenty workers staffed the barricade at any given time.

It is worth pointing out that the Federal Police receive training and equipment from the United States through the Merida Initiative under the auspices of combating drug trafficking.

The situation at the Lechería barricade took a turn for the worse on January 8. On that day, a man in a truck showed up at the plantón and reportedly offered to help the workers re-install the barricade by dumping gravel in front of the plant. Before the driver was able to dump the gravel, Federal Police arrested him and workers Enrique Mejía García and Sergio David Rodríguez Martínez. Both workers are adherents to the Zapatistas’ Other Campaign and participated in the protest encampment.

The two workers were charged with attempted sabotage and attempted “crimes against the nation’s consumption and wealth.” The men’s lawyers argued that the government had no basis for the charges because the alleged crime was never carried out.

Crimes against the nation’s consumption and wealth is a serious crime and made the men inelegible for bail.

Because the two detainees are adherents to the Zapatista’s Other Campaign, fellow adherents mobilized in Mexico City and joined former Luz y Fuerza workers outside the jails where the two men were being held. The round-the-clock protest encampments outside the jails—in which around 50 people participated at any given time—were effective. The government dropped the charges against the men and released them on the night of January 13.

The men were reportedly released without any sort of conditions or negotiations. This is good news for their former co-workers, who are already meeting to discuss how to continue their wildcat actions.

Narco News spoke with former Luz y Fuerza worker Raul Navarrete about his experience in the wildcat barricade outside the Lechería power plant.

Narco News: What was your position in Luz y Fuerza?

Navarrete: I was a Class A operator in a power plant in Iztapalapa [in southern Mexico City].

Narco News: How did the wildcat barricade come about?

Navarrete: This barricade was organized by workers from Lechería. They decided to come and camp out in protest on December 7. They made the decision when the CFE and the Federal Police began to take valuable equipment from the jet repair workshop in the Lechería power plant. [The former workers] came out despite the fact that the SME offered absolutely no support. So the workers, who are SME members, got together and set up the protest encampment. More compañeros who also worked in that plant in Lechería started to come out. And that’s how they started to organize themselves.

There's also protest encampments in Tacuba, Necaxa, Pachuca, Toluca, and Cuernavaca. Compañeros from our encampment visited the others to see how they were doing and share experiences.

Narco News: Why were the CFE and the Federal Police taking away the equipment?

Navarrete: We don’t know. More than anything else they were taking out the turbines, which are used to generate electricity. This worried us because if we went back to work, we wouldn’t have any equipment to work with. The workshop is for repairing jet turbines that are worth millions of dollars. If they take them away, we won’t have anything to work with.

Narco News: And the protest encampment didn’t receive support from the SME?

Navarrete: No. When they set up the encampment, [representatives] from the [SME] Local in Lechería came out and told them to go away. They told them they couldn’t be there. The workers didn’t pay any attention to them and they stayed so that they wouldn’t keep taking out equipment.

Narco News: What are the encampment’s demands?

Navarrete: An end to the plundering of the [Luz y Fuerza] buildings.

Narco News: How many workers in the Lechería protest encampment are adherents to the Zapatistas’ Other Campaign?

Navarrete: Two—Sergio and Enrique. They’re both in jail.

Narco News: It’s said that those in the protest encampments disagree with the SME.

Navarrete: Exactly. They’ve differentiated themselves from the SME. Of course, they also respect the SME’s ideas and politics, but their vision was to come and form a protest encampment. And not just be there, but inform people, hold political and cultural events so that the residents were informed about what’s been going on. And a lot of people were coming out. The workers in the encampment gave them information about the situation.

We didn’t agree with the SME—or rather, the SME leadership. They didn’t let us camp out in protest—it wasn’t permitted. They won’t support us, so we started looking for our own resources, and for support from the people.

Narco News: What do you think of the latest SME proposal that the 18,000 Luz y Fuerza workers who haven’t accepted their severance packages be rehired by the CFE and represented by the SME, presumably with a contract that starts at zero? Their original demand was a reversal of Calderon’s executive order and the re-opening of Luz y Fuerza.

Navarrete: We clearly understand that they won’t give back Luz y Fuerza. Maybe they’ll give us a source of work. Some source of income. But this is secondary. More than anything else, we’re against how all this was carried out—the real reasons for why Luz y Fuerza was shut down [Narco News note: There is evidence that the shutdown of Luz y Fuerza has facilitated the privatization of its fiber optic network, and SME members are acutely aware of this fact.] And above all, this blow to Luz y Fuerza workers was a blow to the working class, to unions. An injustice was committed against the 44,000 Luz y Fuerza workers—and not just them. Many more people have been affected. [Most Luz y Fuerza workers were breadwinners.]

In my point of view, from the beginning the process hasn’t been clear. The government says it’ll give us work, but that’s not going to happen. So above all, we’re doing this to defend our rights. Now it’s not so much about giving us back Luz y Fuerza . It’s about defending our rights as workers and as human beings.

We want the government to tell the truth. They’ve been demonizing us from the beginning—saying we’re drunks, drug addicts, crazies, thiefs, that we don’t work. Then they say that they’re going to hire us back [with the CFE]. Well, if we’re bad people and drunks and lazy bums, why would they rehire us?

Narco News: Do you think they will rehire you?

I haven’t accepted my severance package because I don’t agree with how this went down. Moreover, my severance package doesn’t cover all that I’m entitled to. [This criticism is common amongst former Luz y Fuerza workers, that their severance packages were poorly calculated and are less than the amount to which they are legally entitled.] The government said it was going to give us two-and-a-half years of our salary. It sounded like a ton of money, but it’s not true.

The government told so many lies, and people believed them. People think the government is giving us a very good severance package, and that we’re just fighting for the sake of fighting because we can’t get a job like everyone else. In my case, I’m a computer engineer. I’m still young and I can look for another job. But there’s people who have spent there whole lives in Luz y Fuerza—they were educated there, as people and as workers. They’re 45, 50 years old. Where are they going to find work?"

Article originally by Kristin Bricker and can be found here. 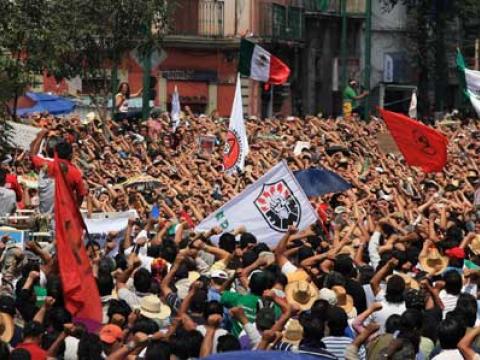 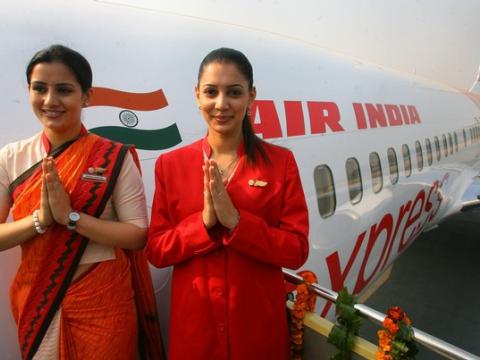 Strikes at Air India to continue despite sackings