Report on an antifascist mobilisation in Whitefish, Western Montana, where neo-nazis had called for an armed rally against Jewish residents.

Re-posted from Its Going Down

From When Andrew Anglin issued his call for an armed rally against the Jewish residents of Whitefish a month ago the working-class militants, radical leftists and antifascists of western Montana didn’t waste any time in organizing a response. We have fought against multiple fascist attempts to make inroads into our state, some of which completely flopped (such as the National Alliance’s move on Bozeman in 2004-5) and others of which have had some success before floundering, such as April Gaede’s Pioneer Little Europe (which keeps its head down as far as openly organizing these days, but still moves the occasional Nazi into the Kalispell area to build a white supremacist “intentional community”). Determined to not let another group of goose stepping boneheads terrorize our neighbors and try to define our area, leftists and veterans of past antifascist struggles soon started meeting to discuss what to do. Before the new year, members of the Missoula IWW General Membership Branch, the Queer Insurrection Unit (QIU) and the Alliance for Intersectional Power (AIP) had already agreed to form an action-based coalition and set to hashing out the details.

About a week before the proposed date for the rally Anglin canceled, claiming the city was putting “unreasonable demands” on the march. We decided to not let our guard down. While a permit would be legally required to take the street, the Nazis could still legally march – armed or not- down the sidewalk; we were not confident the cancellation wasn’t a diversion. Figuring that it’s best not to trust the word of fascists and that heading up to pre-empt them would be good practice for a later rally, we kept planning. There were respectful debates about how to best present a militant response to an open fascist threat without further endangering ourselves or the residents of Whitefish. Some initial plans were tabled and others were greatly modified, all with a view towards being able to decisively defend ourselves and others from fascist violence. We decided to group up for travel in case any vehicles broke down or any Nazis tried to waylay us on the road back to Missoula (a tactic which an AIP organizer had seen deployed against them in an unrelated campaign). We finalized our tactics and strategy at a meeting the night of the fifteenth, when we chose a rally spot outside of town and people decided which rides to take and who to ride with.

The vehicles turned out to the agreed upon meetup point early the next morning, resolved some last-minute confusion and headed north over Evaro Hill around sunrise. Among other precautionary measures we drove in a tight convoy and kept in radio contact, managing to make it to Whitefish in less than three hours – in spite of the icy roads and constant fog we came into around Saint Ig. Once in town we had a quick planning session and decided to split up to comb for any Nazi presence on the streets of Whitefish and then meet back up after 1 PM. One group saw a couple of suspicious characters glaring from a blue pickup who were spotted again downtown shortly before we left later that day. Another team scoped out the 22 Lupfer Avenue building, owned by Richard Spencer’s mother, which seemed fairly unoccupied and closed for business, and found a pretty entertaining anti-Spencer flier posted by an unknown Whitefisher nearby. There was one unconfirmed Spencer sighting, likely a case of mistaken identity as Richie Rich was probably in DC preparing for his now famous punching bag impersonation.

At 1:30, we met back up at the parking lot and were approached by a plainclothes cop asking about the nature of our gathering and where we were from. Our appointed police liaison kept the chat short, affirming only that most of us were from Missoula and we were antifascists and not Nazis – a fact which the officer seemed fairly aware of before even asking. After the cop left, we grabbed some signs and made our way to Depot Park on the north end of downtown. Many townsfolk on the street stared reservedly until they could make out our signs and banners and then thew thumbs up, cracked wide grins and thanked us for turning out. “Oh man, here we were hearing about some group showing up, glad to see it’s the good guys!” Said one person outside of a cafe on Central. A motorist in a black pickup yelled “love trumps hate!” at us as he drove past, still under the impression we were the Nazis. This same person later approached us, embarrassed about his mistake and said he hoped we would come back if Anglin made good on his threat (and as we told him, yes, without hesitation, we will).

By the time we made it to Depot Park, the news that we were an assembly against a Nazi run on Whitefish had spread through the town and we received honks of approval, thumbs up and raised fists from drivers and pedestrians alike as we set up on the corner in front of the Parks and Recreation office. There were several residents who approached IWW/GDC members expressing their appreciation that our union, which is a prominent fixture in the history of Montana, was standing with them against the fascist outsiders. One older gentleman even mentioned that his father had been a Wobbly and now he was considering joining up. Another approached us slowly in his truck, mean-mugging out the window and yelled out to us “yeah, they’re all a bunch of cowards, didn’t even show! Good to see you out here. My old special forces buddies and I have been out all morning looking for them!”

It soon became apparent that if any Nazis were around they didn’t think it was a good day to poke their heads up and we decided to unload some cooking implements and a PA system from one of our vehicles. We set to making a few pots of strong coffee and talking with some of the locals, all of whom expressed their approval of our visit. A group of volunteers from the National Lawyers’ Guild showed up to observe and a few members of the various groups traded contact information with them. It’s worth mentioning that the whole time we were on the street, Whitefish Police Department vehicles circuited through the area and monitored our presence.

Around 4 PM we took a group photo and decided to head to the corner of 2nd and Central, a few blocks down from the park. We set up the PA as some folks from the town prepared a table from which to distribute matzo ball soup. Both people from the community and our own groups both spoke, one speech went long and the cops tellingly decided to unplug the PA sometime after the speaker brought up issues of police brutality. The tension between parties in our group and the police peaked at this moment but luckily didn’t escalate any further as cups of piping hot matzo ball soup were passed around, a welcome treat on a five degree day. Finally an indigenous organizer, activist and artist who brought some folks out from Washington with him sang unamplified and gave our rally’s last speech. The sun set as we made our way back to our vehicles and reassembled our convoy back to Missoula. Although there was some concern we’d landed on the local cops’ shit list (which wasn’t alleviated by the officer in an unmarked truck who pacing us in the left lane for about five miles as we departed) we did not meet with any considerable police harassment. After another icy three hour trek we found ourselves back home in Missoula.

Our experience in Whitefish was hugely positive, but upon later reflection there were a few things some of us feel we could have done better. Mainly, some of us feel that staying masked up after it was clear the Nazis were a no-show may have left a bad impression on some of the locals, while many still feel it was a good idea given the skill many fascists have shown with face search and doxxing technology, not to mention the high probability that members of April Gaede’s Pioneer Little Europe group may have been skulking around trying to gather intel on area antifascists. There were multiple shady figures casing us at various points in the day and this is fine; they saw our numbers, our power and whose home this is. It was necessary to show the world that western Montana is not fertile ground for fascist growth, even in spite of a few weeds we occasionally have to pull up. There remains a good deal of skepticism that the con-man Anglin will ever make good on his threat, but given the success of our trial run we will be more than ready for him if he does, and undoubtedly in even greater numbers.

This is a really good report! Thanks to the writers for putting it up. 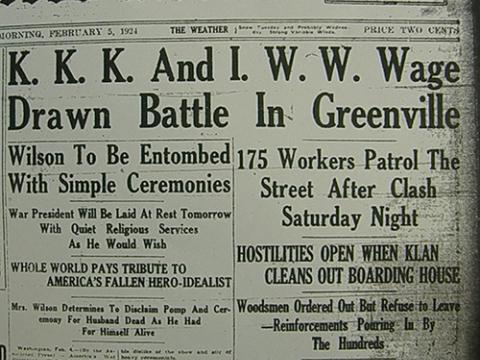 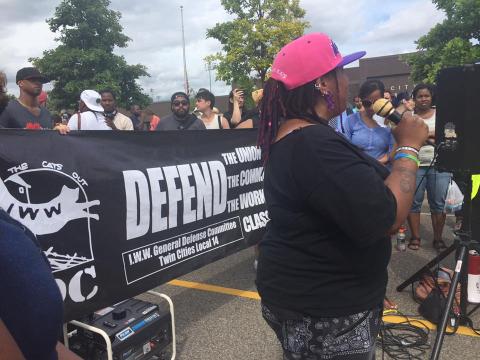 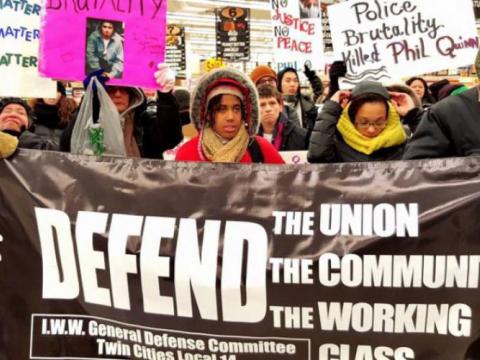 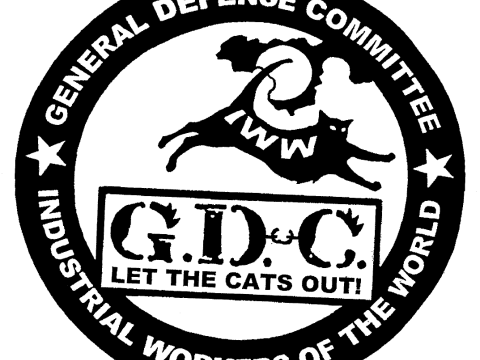 A transcript of an interview on radio station KPFA with longtime anti-fascist activist Kieran.