As the economic recession restates its international nature, further job losses are to be announced in Jamaica and Ireland, while Swedish unemployment rate rises 14% in one month and the International Labour Organisation predicts 7.2 million workers to be made redundant in Asia in 2009.

Cider maker Bulmers is to make 120 people redundant, seven of them in Northern Ireland. The company's plant in County Tipperary will lose 103 posts, while 11 jobs will be cut in Dublin. Aidan Murphy of parent company C&C, said the cuts, made through voluntary redundancies, was needed to "safeguard the viability of the company".

Meanwhile, President and Chief Executive Officer (CEO) of Air Jamaica Bruce Nobles says staff cuts at the ailing national carrier will begin next month and continue through for 90 days as the airline restructures its operations in preparation for divestment. Nobles was, however, unable to say how many workers would be affected by the job cuts, saying there were a number of things being worked out as the company implements its new 2009/10 business plan, aimed at making the airline more viable.

"I know we will reduce the company's operation by one third and this includes the payroll, but we do not yet know how many persons will be going," said Nobles.

Unemployment in Sweden jumped up over 7 percent in January, according to new statistics released on Thursday. According to the most recent Labour Market Survey by Statistics Sweden (SCB), Sweden’s jobless rate hit 7.3 percent in January, up from 6.4 percent in December, an increase of 14 percent. Total employment, which does not include government job schemes, fell to 4.478 million people from 4.519 million.

A number of key Swedish companies, notably auto maker Volvo and mobile phone network giant Ericsson, have announced tens of thousands of job cuts in the face of a global economic crisis in a country heavily dependent on exports.

The largest increase in unemployment occurred among men between the ages of 25 and 64, with an additional 29,000 losing their jobs, bringing the total to 118,000, an increase of 33 percent compared to figures from January 2008.

Finally, Asia is likely to have 7.2 million more jobless people in 2009 than last year due to fallout from the global economic crisis, the International Labor Organization said Wednesday.

It forecast the ranks of unemployed workers would likely balloon to 97 million in 2009 in Asia, the world economy's star performer in recent years but where a third of the population still live on a little over 1 dollar a day. That would raise the region's jobless rate to 5.1 percent from 4.8 percent last year. In the most pessimistic scenario, the number of unemployed could swell to 113 million, or 22.3 million more than last year, the ILO said in a report on the crisis' fallout in Asia.

An estimated 51 million new jobs will be needed this year and next to absorb Asia's growing labor force, with most jobs needed in the region's giant economies - 20.3 million in India, 10.9 million in China and 3.6 million in Indonesia.

"There is very little chance that a sufficient number of new jobs will be created in the region this year to keep up with expected labor force growth," the report added.

It said the number of vulnerable Asian workers, estimated at 1.08 billion in 2008, could rise this year by 21 million, and in an extreme case, by 61 million.

"The poor face a double crisis - high costs for basic necessities on which they spend the majority of their income, along with economic stagnation that threaten their livelihoods," the ILO said. 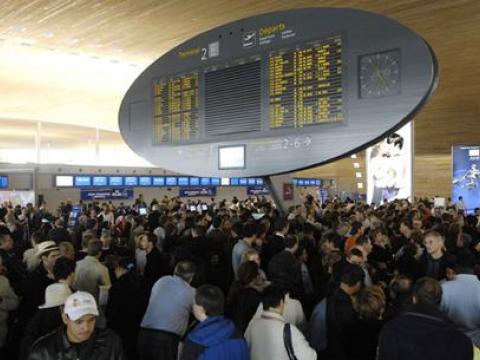 As recession and job losses seem imminent, airport staff across the world have been organising to… 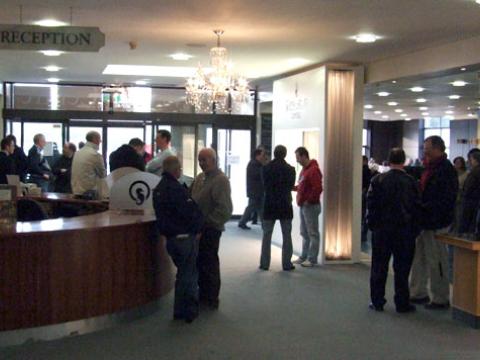 Aerospace company Bombardier are to cut hundreds of jobs in Belfast and Canada in January, whilst…