Neither forgiving nor forgetting, only scores to settle

A translation of a leaflet from France, regarding the murder of anti-fascist Clément Méric by members of a far-right group.

On the evening of Wednesday 5th Clément Méric, a unionist and anti-fascist militant, was murdered by neo-nazis in Paris. Many identify with Meric and admire his political commitment. They are horrified at the tragedy of a life shattered in a few seconds. However, it’s been hard to hear these expressions of anger and pain at his death over the noise of the media and the flood of comments from every variety of politician. The vultures are falling on the corpse in order to promote the defense of their holy trinity: the State, the Republic, and Democracy.

True to form, the left-wing government peddles a purely moralistic kind of anti-fascism. To make the present look more acceptable, there is nothing better than to invoke the threat of a descent into an obscure and barbaric past. By designating fascism as public enemy number one we logically achieve a single result: bringing together the whole host of good wills around the smallest common denominator, that is to say, around fascism’s fantasy adversary: democracy. Then, like Jean-Luc Mélenchon, we can play the anti-fascist while supporting a social-patriotic programme. Or, like Manuel Valls, for example, we can call for the ‘eradication of ultra-right wing violence’ in the morning, then sweep up a hundred undocumented immigrants in the Barbès district of Paris in the afternoon...

The death of Clément Méric is part of a context which has seen rising agitation by small nationalistic groups, a homophobic campaign by fundamentalist catholics, and the electoral stabilization of the Front National in the upper echelons of politics. This is news in front of which the ‘social movement’ (the late class struggle) has been powerless. For all that, fascism remains very much the ideology of a tiny minority in France and lacks real impact. In order to become a true political force it would need two essential things: a capacity to mobilize around its project through violence and social control and a weakening of the consensus for which fascism could only appear as a last resort for the conservation of state and capital.

Fascism has never defeated democracy in a fight to the death; it has always depended on the latter’s exhaustion for its own existence. The unanimous reaction of the political class in condemning Méric’s murder incidentally illustrates its perpetrator’s marginality. They were arrested very quickly. It is very likely that they will be condemned in an ‘exemplary’ way and that a few organizations of the ultra-right will be dissolved in the immediate aftermath. We have nothing to expect in the way of a counterattack from the ministries of justice and of the interior. The pathological demand expressed by the political parties and the unions for a tough response from power only demonstrates their desolation within the social landscape at a time when everywhere in Europe state and capital are intensifying their war against proletarians.

There are some fascists in France willing to kill in the name of their fanatical ideology. We must meet them blow for blow, and prevent them from parading in the streets, so never again to have to grieve the loss of a nineteen year old comrade. But we should not forget that immigrants are more routinely and effectively terrorised by the republic’s police than by a few skinheads. We should not forget that the Rromane have recently had more reason to fear their neighbors – citizens barely less poor than they, but supported by an ideology of (state) security and racism – than a few Adolf Hitler fans. Even without the intervention of neo-nazis this society daily shows itself committed to racism, domination and exploitation.

The state and democracy will never protect us against fascism.

Against the barbarism of this society , and so that the murder of Clément Méric doesn’t find its final conclusion in a courtroom, we have to revive the flickering light of a revolutionary future in struggle and in the streets.

There are some fascists in France willing to kill in the name of their fanatical ideology. But even without the intervention of neo-nazis this society daily shows itself committed to racism, domination and exploitation. 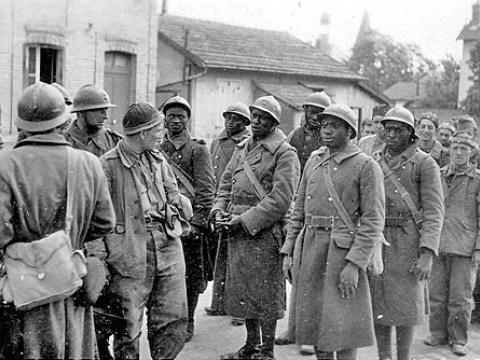 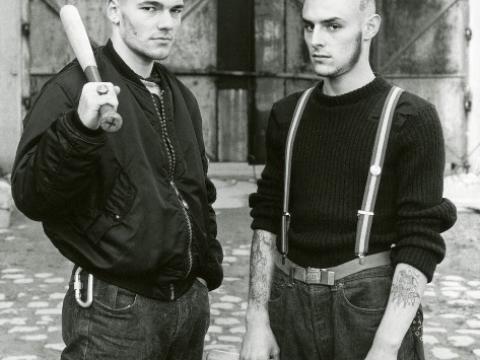 Documentary about the rise of neo-nazi skinhead culture in 1980s Paris and how they were countered by a militant, multicultural underground…